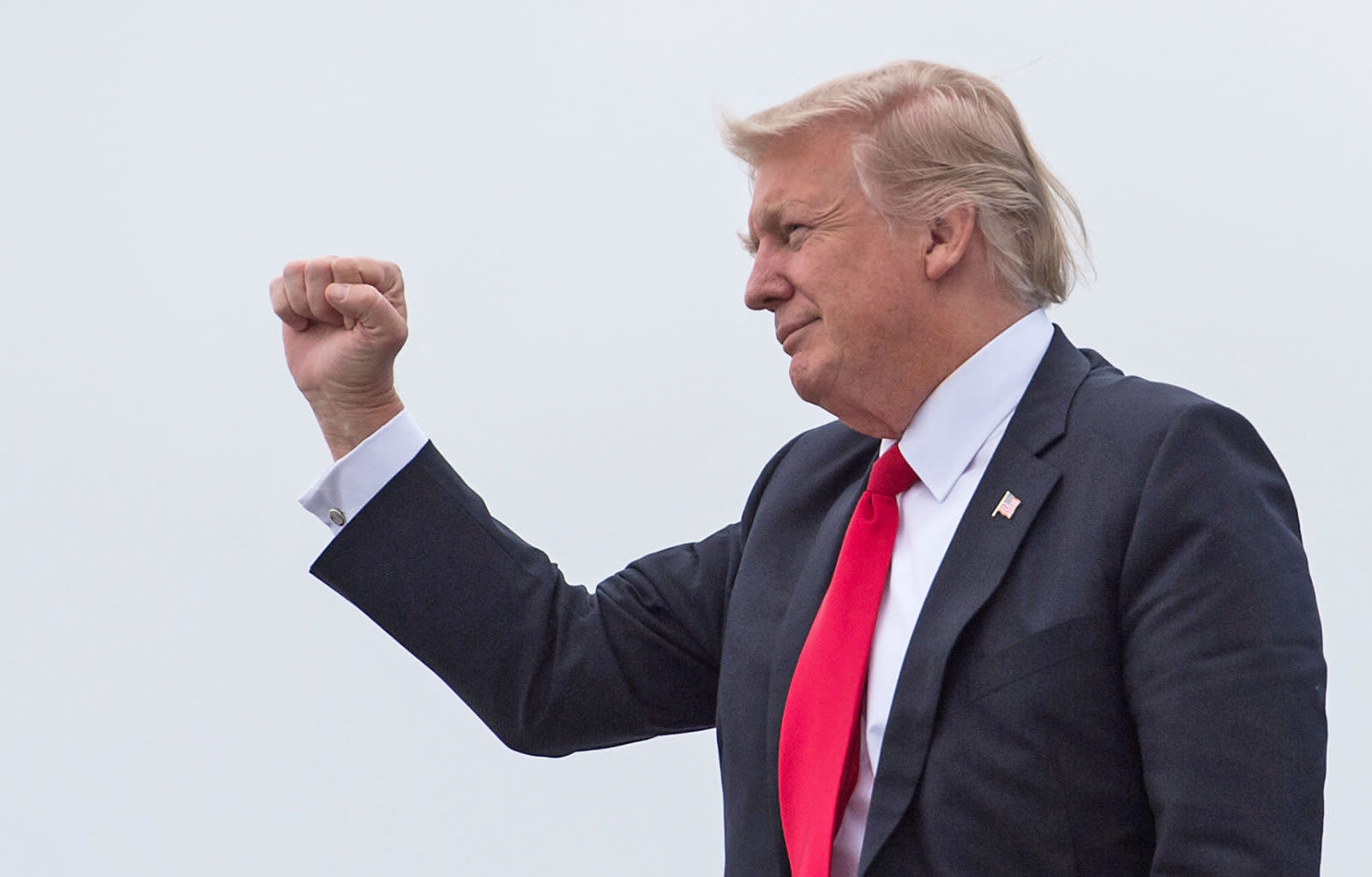 Another Trump panel has taken a hit after eight out of 28 of its members resigned en masse. Members of the National Infrastructure Advisory Council (NIAC), which advises Homeland Security on matters of cybersecurity, have dropped out of the panel due to several reasons. In the resignation letter obtained by NextGov, they said the president doesn't give enough attention to the country's cyber vulnerabilities. "You have given insufficient attention to the growing threats to the cybersecurity of the critical systems upon which all Americans depend, including those impacting the systems supporting our democratic election process," the letter reads.

They also cited his failure "to denounce intolerance and violence of hate groups" when asked about the "horrific violences in Charlottesville" as one of the reasons why they left. Instead, they said, the president chose to offer false equivalencies and question CEOs' motives when they decided to leave their respective advisory panels following the incident. In addition, they didn't appreciate his move to withdraw from the Paris Agreement.

The members, who were appointed under the previous administration, resigned just before the panel was supposed to hold its quarterly business meeting. They include these Obama-era officials: the first ever White House Chief Data Scientist DJ Patil, Office of Science and Technology Policy Chief of Staff Cristin Dorgelo and White House Council on Environmental Quality Managing Director Christy Goldfuss.

The president recently lost two other panels before the NIAC members resigned. His administration dissolved the Manufacturing Council and the Strategic and Policy Forum, but not before a good number of their members already left. Intel CEO Brian Krzanich resigned a few days after Charlottesville, along with a bunch of executives from other industries. Tesla and SpaceX chief Elon Musk left way back in June, however, right after the US dropped out of the Paris Accord.

It doesn't sound NIAC will suffer the same fate, though: A White House rep told The Hill that the panel is fine despite its loss. The remaining members continued their quarterly meeting and approved a report on cybersecurity vulnerabilities to critical infrastructure.