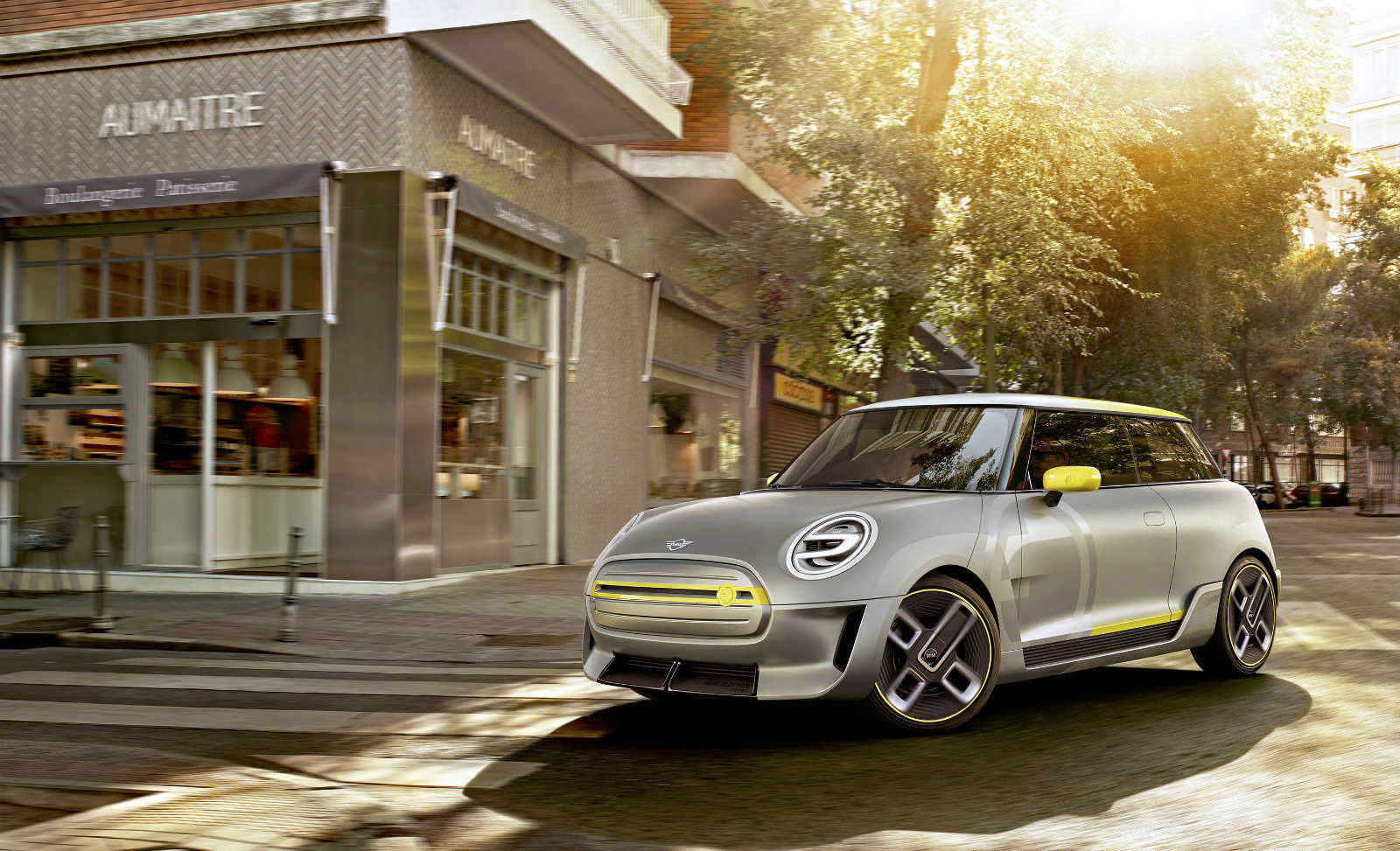 The all-electric Mini could blow the bloody doors off the EV landscape, simply by making plug-in power more accessible. That's why the prospect of a 3-door electric version of the iconic car is so exciting. And now, we're finally being treated to a decent look at the car itself -- well a concept, anyway. Whereas the Mini Electric Concept retains the looks of its forebears (including the unmistakeable circular headlights), it also carries a bunch of design cues that signify its electric lineage. There's the silver and yellow color scheme, passed down from the Mini E (an early experiment that formed the bedrock of the BMW i3). Plus, the Mini E badges on the radiator grille and exterior mirror caps are a dead giveaway of its plug-in perks. An additional "E" logo above the front wheel further gestures to its all-electric capabilities. Elsewhere, it winks at its British heritage with one half of an LED Union Jack inside each of its rear headlights.

Notably, the Mini Electric's 19-inch wheels contain aerodynamic inlays that were made using a 3D printer. The same goes for the recessed surfaces in the simulated air intakes. BMW is not the first company to make 3D printed auto parts, with Daimler and Michelin both respectively tapping into the process. Meanwhile, McLaren's F1 team is 3D printing everything from flexible radio cables to brake cooling ducts on the fly.

BMW's been teasing an all-electric Mini (through tests and hybrids) for almost a decade now. Thankfully, the hype machine will roll to a stop in 2019, when the Mini Electric enters production.

In this article: bmw, ElectricCar, ElectricVehicle, gear, mini, transportation
All products recommended by Engadget are selected by our editorial team, independent of our parent company. Some of our stories include affiliate links. If you buy something through one of these links, we may earn an affiliate commission.