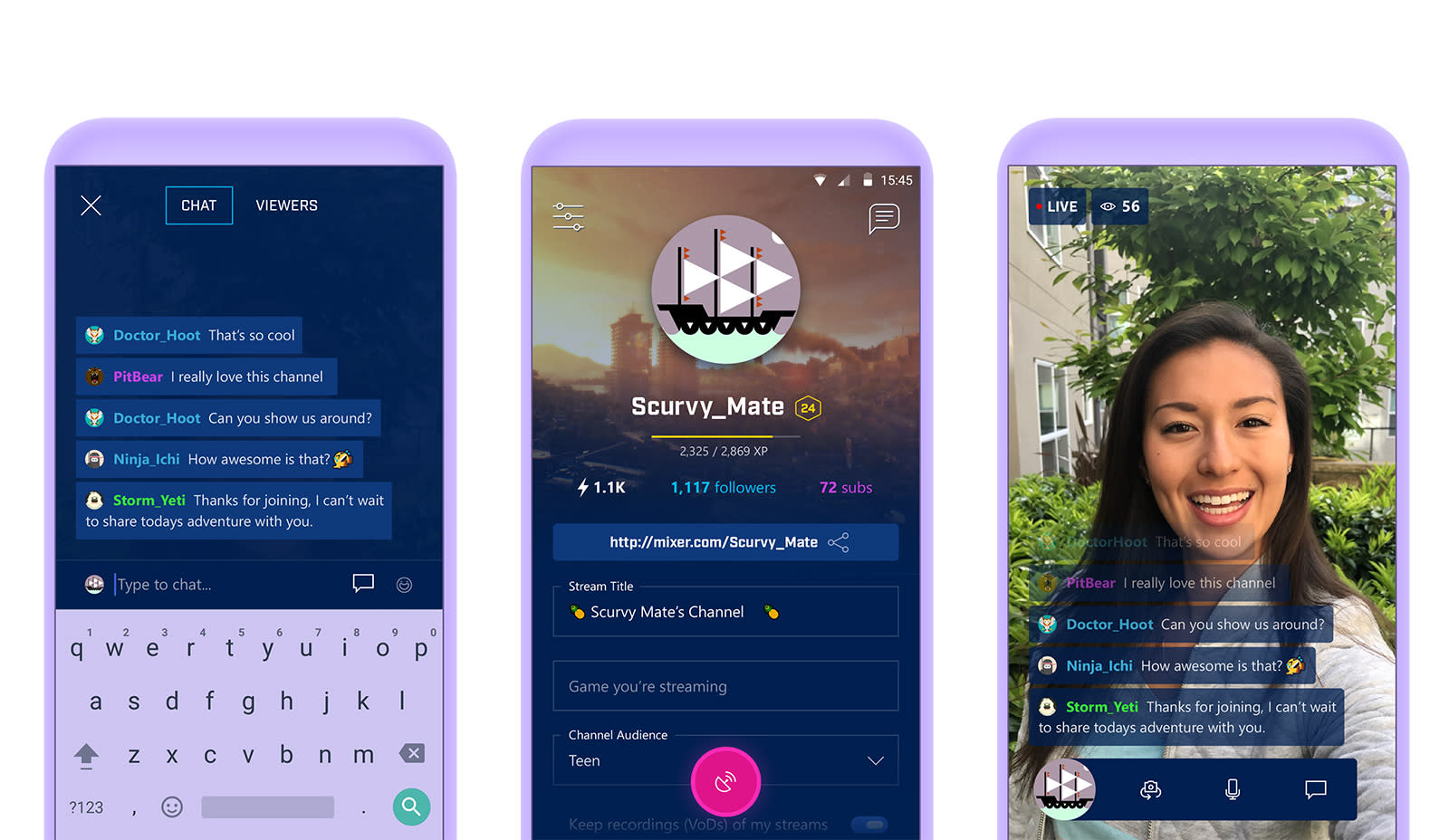 If Microsoft has any hope of taking on Twitch with its Mixer (formerly Beam) game streaming service, it's going to need strong mobile host software. Luckily, Mixer Create, which has been in beta for awhile, has been released to all. It lets you broadcast mobile games and yourself from a phone, with no extra software or equipment needed. You can also do something called Co-Streaming, which lets you combine up to four streams "into a single viewing experience," Microsoft says.

As with the Mixer client, you have to sign in to your Microsoft account, but after a few setting adjustments, you're ready to go. On Android, you can broadcast any game, app or browser you want, while on iPhone (because of iOS limitations), you can stream select titles that supports Apple's ReplayKit.

On top of streaming, you can use Mixer Create to interact with viewers via the chat service, much as you can with Mixer on Xbox One or PC. You can also use a feature called "Chat Companion" to reply to questions or comments while you stream from a PC or Xbox One console.

There are some limitations: You can co-stream with a friend when you're on mobile, but you can't send invitations, only accept them -- send functionality is limited to PCs or Xbox Ones. However, Microsoft says that "in the coming months, you'll also be able to initiate Co-Stream invites," too. It's aiming to make other change, and tells creators that "feedback is critical."

Microsoft isn't actually that far behind Twitch in mobile, which only recently added standalone streaming to its app. Though Microsoft's Mixer has a long way to go before it can ever catch up to Twitch's audience, at least it's keeping up on the technology side.

In this article: av, Beam, broadcast, co-streaming, entertainment, gear, home, microsoft, Mixer, MixerCreate, Stream, Twitch
All products recommended by Engadget are selected by our editorial team, independent of our parent company. Some of our stories include affiliate links. If you buy something through one of these links, we may earn an affiliate commission.