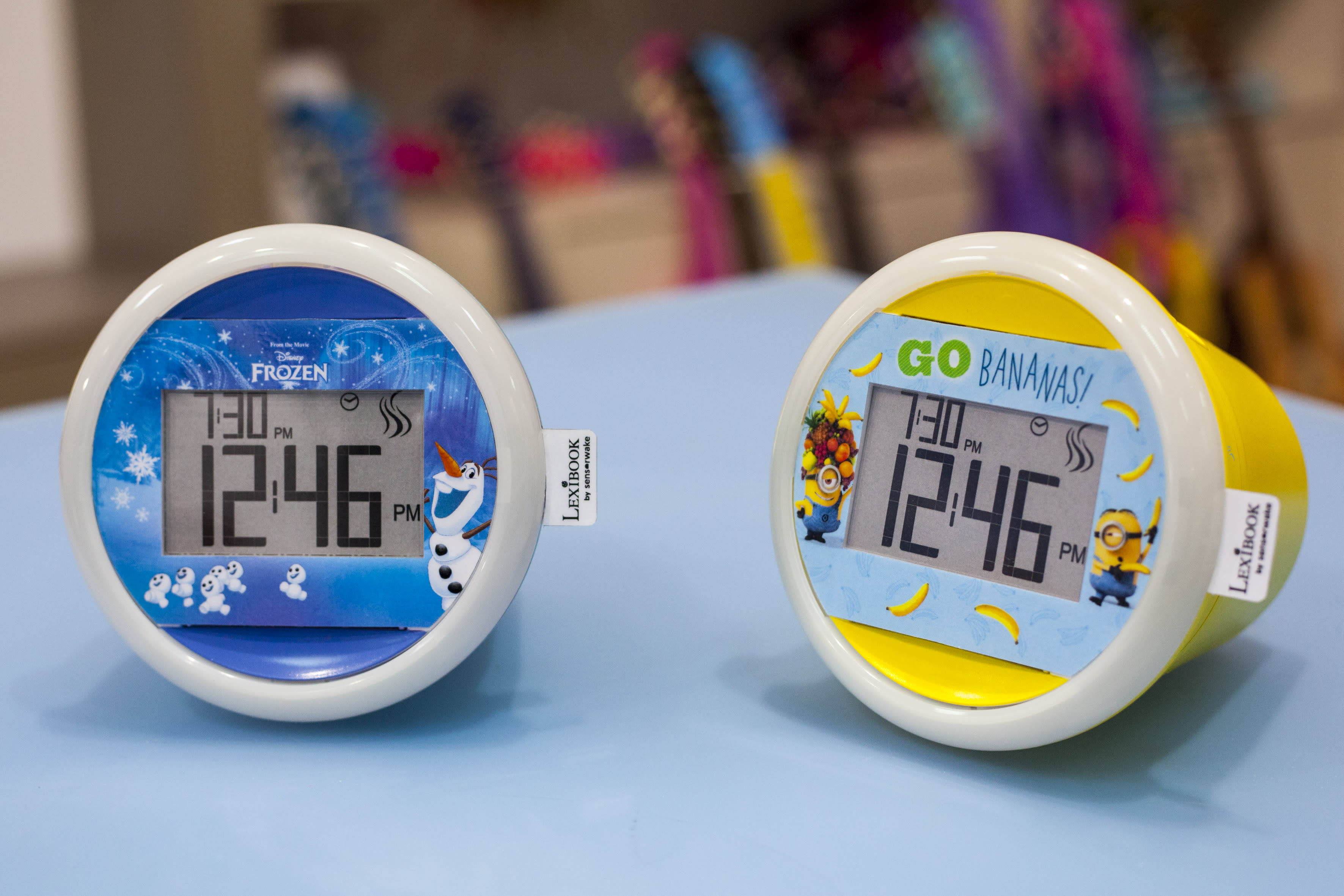 Do your kids struggle to wake up, no matter how loudly you shout that if they're not quick, you'll steal their cereal? Perhaps you could try tempting them into wakefulness with the scents of either Olaf from Disney's Frozen or the armpit scent of Despicable Me's Minions. That's the idea behind the newest couple of devices from the makers of Sensorwake's perfume-based alarm clock.

Back in 2015, Sensorwake burst onto the scene as a Kickstarter project that replaced a noisy alarm clock with scents. Created by 18-year-old student Guillaume Roland, the device managed to raise nearly four times as much cash as intended. Now, the company, which is now renaming itself Bescent, is launching three follow-ups.

The first two are the aforementioned kiddie versions, which are called Lexibook by Sensorwake with branding from Frozen and of the Minions. Rather than the wide variety of nuanced scents available in the adult equivalent, each device will only produce one scent. The former, in tribute to Olaf the Snowman, will shoot out peppermint smells, while the latter will make your home smell of bananas.

Rounding out the trio is the Sensorwake 2, an updated version of the original that won the hearts and minds of everyone on Kickstarter. Because the idea of smell-based alarm clocks is a little off, the company has refreshed the hardware with dynamic lighting and melodies. In addition, Bescent is unveiling a whole host of new capsules, including chocolate, cappuccino and fresh grass.

The Lexibook by Sensorwake will be available in Europe from the start of November, setting you back €59 ($71) and will travel to the US at some point afterward. The Sensorwake 2, meanwhile, is priced at €99 and will hit store shelves across Europe and Japan in October.

In this article: Bescent, Frozen, gear, home, IFA, IFA2017, Minions, Sensorwake
All products recommended by Engadget are selected by our editorial team, independent of our parent company. Some of our stories include affiliate links. If you buy something through one of these links, we may earn an affiliate commission.