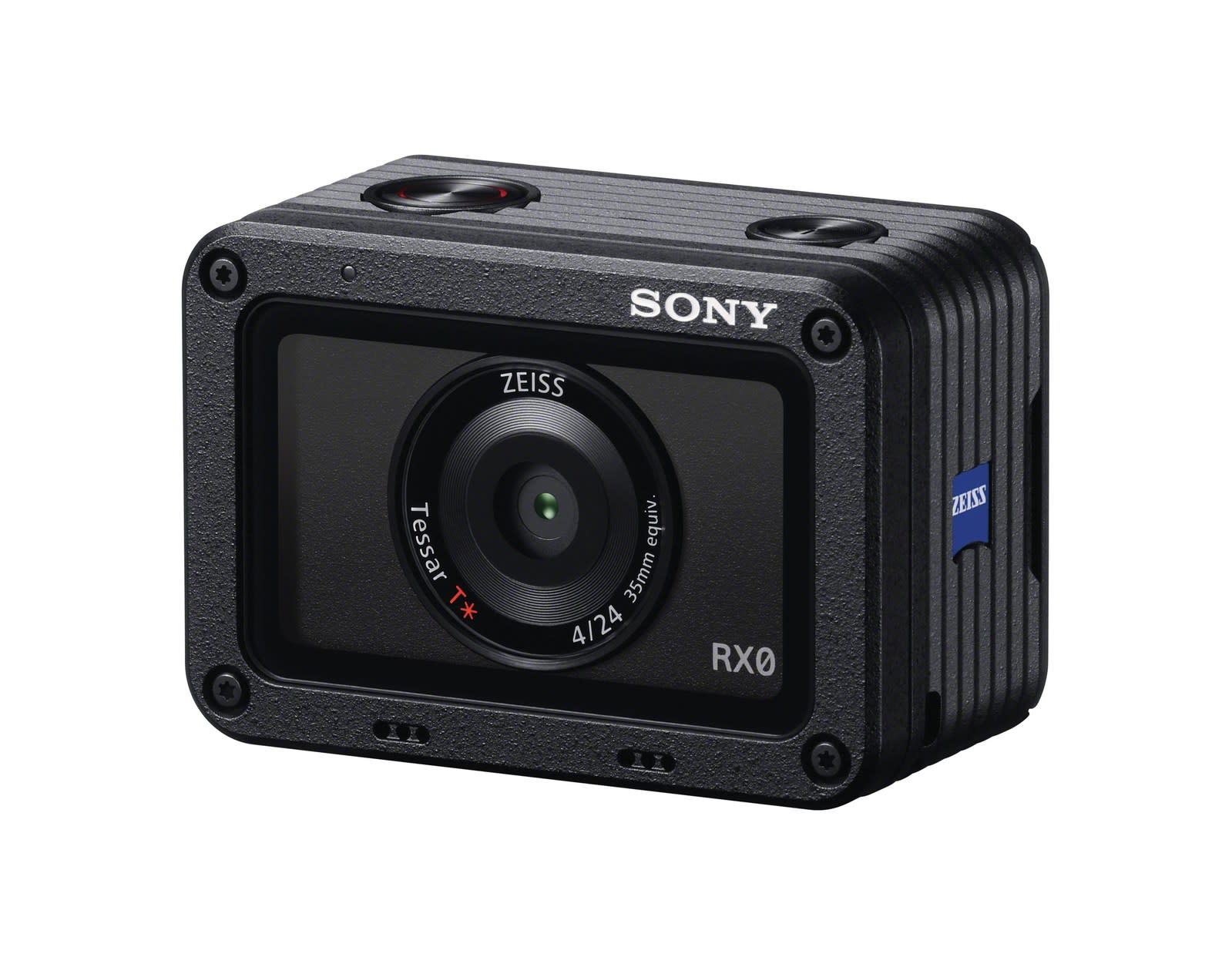 Sony is so on top of its camera game right now that it is ready to try crazy products to attack new markets. Take the new RX0, a $700 camera that is aimed at the virtual-reality and remote camera shooting markets. It's equipped with a 1-inch, 15.3-megapixel Exmor RS CMOS sensor and a fixed Zeiss 24mm F4 wide-angle lens, giving it the same kind of high image quality you'd see with a new RX100 Mark V, for instance. It can also shoot 4K video, full HD at 240 fps and 16 fps RAW still images. Those specs tell us a lot about what this camera is for. Its not mean to to always be used alone, but as part of a multi-camera rig for VR, mixed reality and 360-degree videos or stills. As such, it supports multi-camera control via its wireless FA-WRC1M radio commander, allowing up to fifteen RX0s to be triggered simultaneously (it's planning on increasing that number with an access point, slated for release in 2018). Without that, you can still trigger five RX0 models using Sony's PlayMemories app.

The water-, drop- and crush-proof options also tell us that it's meant be used on film productions as drone, underwater or "crash camera." Producers are willing to sacrifice expensive camera to get shots during explosions, car crashes and the like, but the RX0 seems strong enough to survive most of that. It would also be ideal as an underwater remote camera to capture sharks and other marine life in regular video or VR. With the 3.9-ounce weight, high-quality images and remote control, it's also ideal as a drone cam.

Sony was perhaps inspired by the fact that a lot of shooters are just stringing a bunch of Sony Alpha A7 cameras together to shoot VR. That allows for the highest resolution possible, but it would be a lot easier with purpose-built camera. The RX0 will ship in October 2017 for $700.

In this article: 4K resolution, cameras, gear, ifa, ifa2017, Multicamera, RX0, sony, VR, Waterproof
All products recommended by Engadget are selected by our editorial team, independent of our parent company. Some of our stories include affiliate links. If you buy something through one of these links, we may earn an affiliate commission.