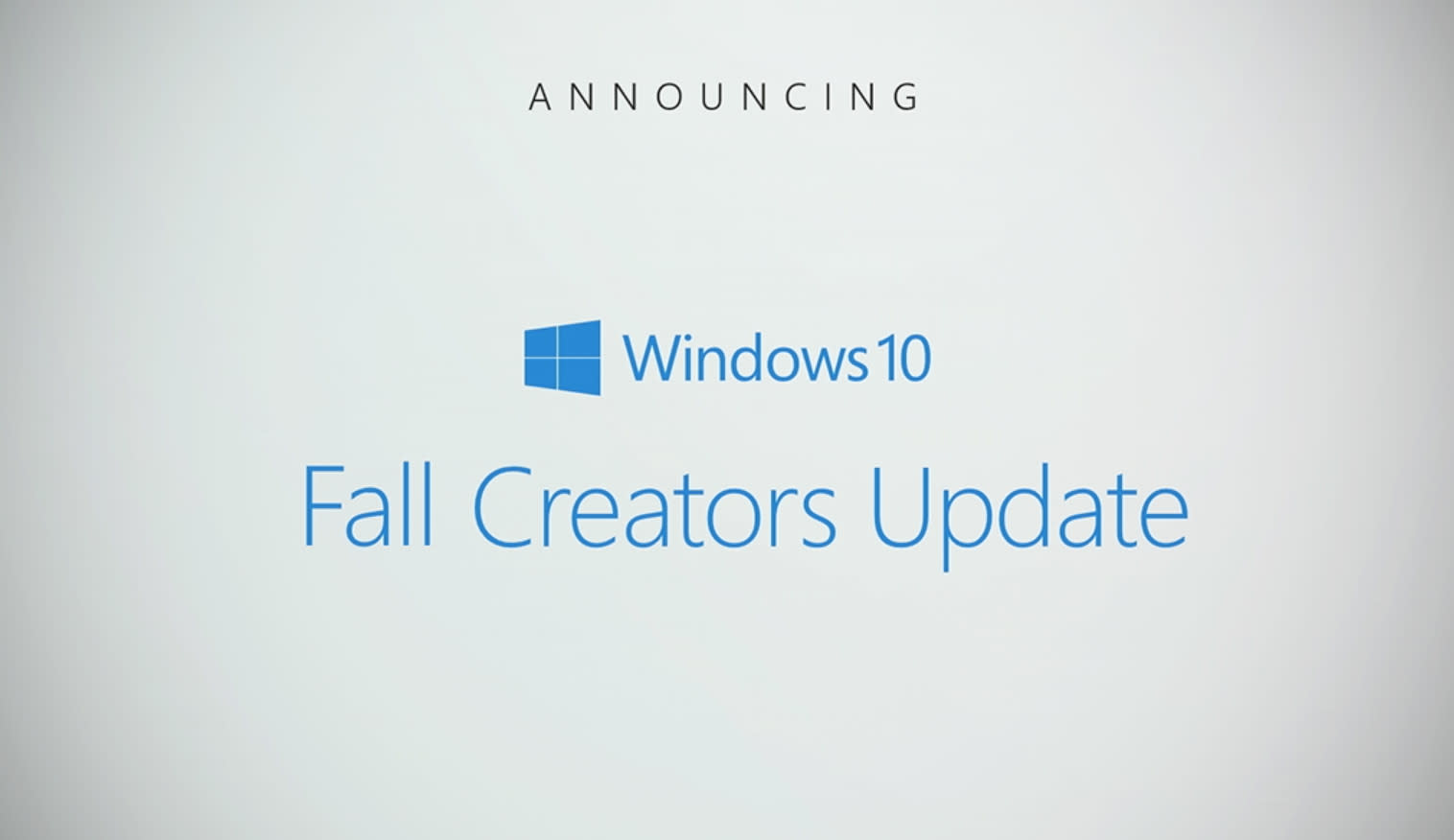 We've known that Microsoft planned to release a large Windows 10 update this fall, but the company has been mum on the exact date. The Fall Creators Update is slated to feature some big changes, too, including built-in AI to fight malware, new Cortana features and handwriting recognition. While many expected bi-annual updates for Windows 10 starting in September, PC World reports that hardware partner Lenovo leaked a Windows 10 ship date of October 17th on a since-deleted product page for its upcoming two-in-one PC, the Miix 520.

Of course, this isn't an official date; we've reached out to Microsoft for comment on the matter, and will update this post when we hear back. Still, a fall release makes sense, given the name of the update itself. PC World's Mark Hachman thinks that Microsoft needs more time for its mixed reality technologies, but again, it's just speculation at this point.

In this article: AI, cortana, fall, fallcreatorsupdate, gear, lenovo, malware, microsoft, miix520, mixedreality, personal computing, personalcomputing, windows10
All products recommended by Engadget are selected by our editorial team, independent of our parent company. Some of our stories include affiliate links. If you buy something through one of these links, we may earn an affiliate commission.