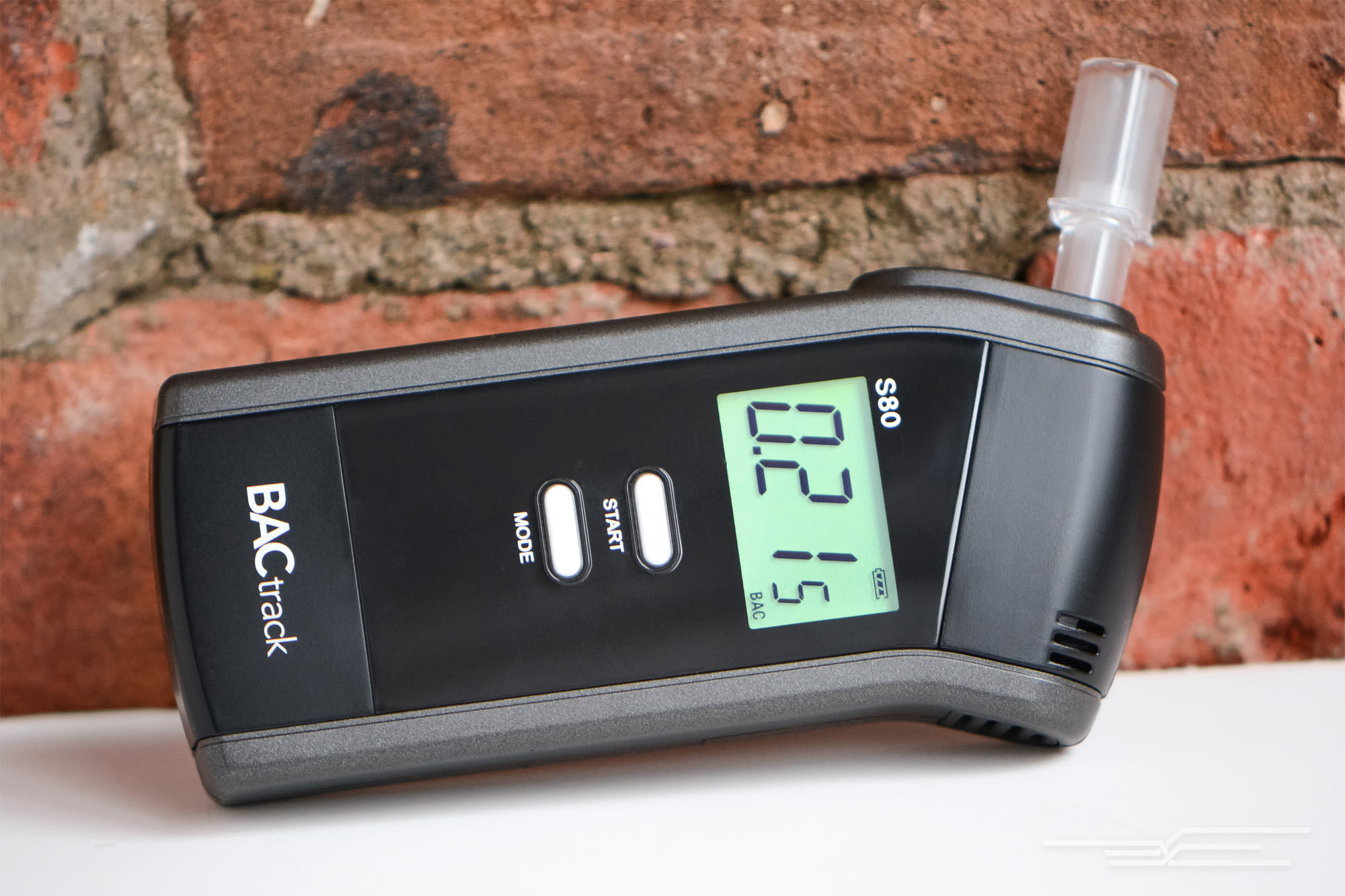 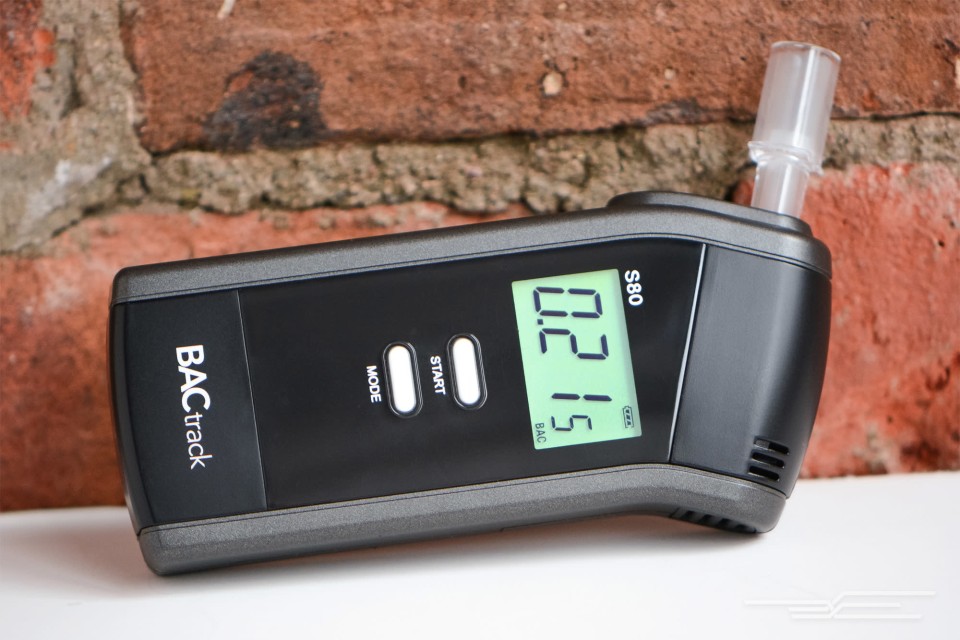 After 65 hours of research—which included getting intoxicated at a police station to test personal breathalyzers alongside law enforcement equipment—we're sure the BACtrack S80 Pro is the most accurate, reliable, and easiest-to-use personal breathalyzer that you can buy. We reached this conclusion after conducting research over four years, considering 102 models, and trying 15.

In the four years we've researched this guide, the best advice we've heard on the topic of personal-breathalyzer use came from one of our law enforcement partners: If you've been drinking enough to think about using a breathalyzer to see if it's safe for you to drive, you're drunk enough that you should call a cab. We want to discourage that kind of use, as well as the idea of using it to see who's gettin' drunkest.

We'd also like to note that a breathalyzer's blood-alcohol content measurement doesn't always tell the complete story of your intoxication. Such devices estimate the alcohol in your bloodstream based on the amount of ethanol they detect in the air you exhale. But alcohol affects every person differently, and the same BAC number can reflect a very different level of impairment from one person to another. BAC also fluctuates over time, and can increase for 30 to 90 minutes after an individual has stopped drinking and the alcohol has had time to be fully absorbed into the bloodstream. And no matter the results of a personal-breathalyzer test, you can almost never use the data in a court of law.

But a breathalyzer can be useful to have on hand. Arguing with an intoxicated friend, coworker, or family member can be useless. But supporting your concerns with BAC data can be more gracious and less confrontational than offering your own subjective judgment—and, we hope, more useful in persuading someone not to drive. The most important feature for any breathalyzer is how accurately it measures BAC samples. Our pick is roughly as accurate as the devices police officers use to perform roadside testing. Beyond that first key detail, you'll want any breathalyzer you purchase to include the following features. Under police supervision, I consumed a controlled amount of alcohol over a 45-minute period. The amount of alcohol—7 ounces of Jameson Irish Whiskey served as seven Jameson and Gingers—was administered according to my sex, height, weight, and age (for the record, I'm a 40-year-old male measuring 5-foot-7 and weighing about 250 pounds). The amount of alcohol was chosen with a specific purpose in mind: to put me over the legal limit, which in the province of British Columbia (and many US states) is a BAC of 0.08 percent. Ideally, we wanted to get a sample at a minimum BAC of 0.10 percent, which is enough to register a "fail" warning on the police department's portable testing hardware. Cheers!

Once the 45-minute time limit elapsed, we waited 20 minutes to allow my body to absorb the alcohol I'd ingested, then tested my BAC with the police department's Alco-Sensor IV handheld portable breathalyzer. To confirm that the Alco-Sensor IV's reading was accurate, I also submitted a breath sample to the department's Intox EC/IR II tabletop hardware. In both rounds of testing, the breath samples registered a BAC reading of 0.09. We then tested the civilian breathalyzers we'd brought with us, compared their readings with the police equipment's, and repeated the test after waiting another 20 minutes. With its large display and simple two-button operation, the BACtrack S80 Pro is easy to use, no matter how much you've had to drink. Photo: Michael Hession

In three separate tests, the BACtrack S80 Pro stood head and shoulders above everything else we've tried, consistently producing the most accurate test results compared with the law enforcement equipment we've used during supervised drinking sessions at a police station. Beyond that, this fuel-cell-based tool is simple to use, portable, hygienic, and easy to read and interpret. It takes less than 20 seconds for the device to warm up, and has disposable mouthpieces for hygiene and accuracy.

There's a lot to like about the S80 Pro, but above all else, it's the best because it's the most accurate. BACtrack claims that the S80 Pro can track BAC levels from 0.000 percent to 0.400 percent, and its fuel-cell-based hardware won't show false positives. In our tests, the BACtrack was within 0.01 percent from the police equipment we compared it with, making it the only breathalyzer we tested to prove nearly as accurate as the police hardware.

After 1,000 uses, you need to send the S80 Pro and $20 to the manufacturer for calibration, which isn't that hard to do—but it isn't as easy as the recalibration procedure for some other fuel-cell-based breathalyzers, which you can perform yourself simply by switching out the fuel cell. Some people will send theirs in right on time, but not everyone who needs this product will be the most responsible type of person—and they'll end up relying on inaccurate readings from the device, which can put them (and others) at risk.

In this article: bactrack, bactracks80pro, breathalyzer, gadgetry, gadgets, gear, medicine, partner, s80pro, syndicated, thewirecutter, wirecutter
All products recommended by Engadget are selected by our editorial team, independent of our parent company. Some of our stories include affiliate links. If you buy something through one of these links, we may earn an affiliate commission.