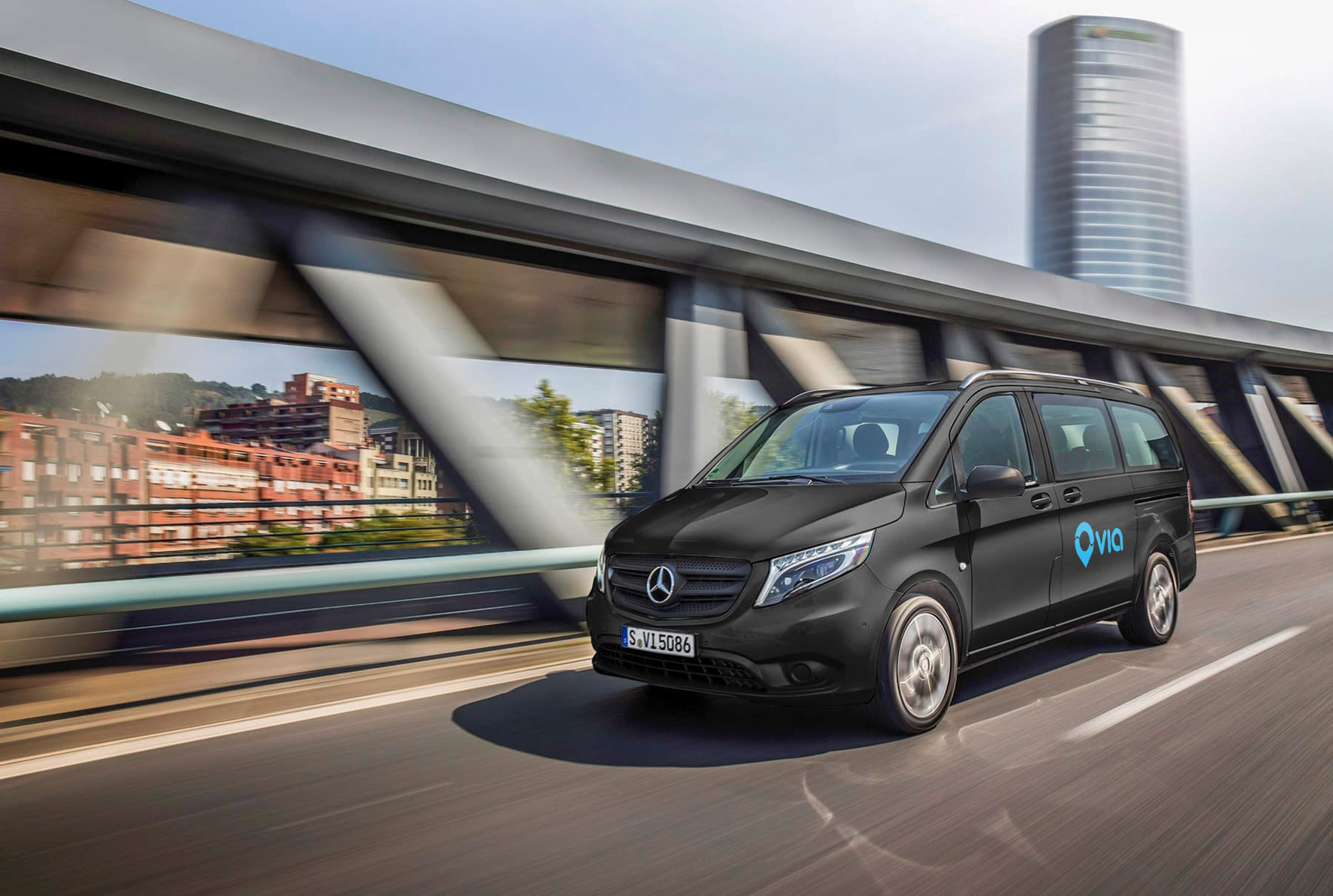 Minivans, while not the most exciting form of transportation, could have a role to play in society's shift away from car ownership. Daimler, the company behind Mercedes-Benz, is teaming up with Via to launch a new ride-sharing service across Europe. Like UberPool, it will be an on-demand system that allows passengers to set their own pick-up points and destinations through a smartphone app. Mercedes-Benz will supply the minivans, while Via — which already runs a similar service in New York City, Chicago and Washington DC — manages the software. It's basically a bus service, but with dynamic routes and no predetermined stops.

The new transport system will launch in London later this year. The pair then hope to license the underlying technology to public transport operators in Europe. It's not clear if that offering will include a fleet of Mercedes-Benz vans, or whether they expect operators to supply their own vehicles. Regardless, the two companies believe Via's "On-Demand Shuttle Operating System" will allow cities to "improve mobility while reducing congestion, and without incurring any additional infrastructure costs." Daimler is so confident that it's investing $50 million in the joint venture.

Via is already experimenting in Europe. In March, the company partnered with UK bus operator Arriva on "ArrivaClick," a ride-sharing service in Sittingbourne. The service still seems to be running, however the area is too small to pose any real threat to Uber and city-focused services such as Gett, Kabbee and the Daimler-backed MyTaxi. In London, Daimler and Via will also be up against Citymapper, the navigation app-turned bus operator. Following a trial in May, the company has decided to launch a weekend bus service. Unlike Via and UberPool, however, this will be a traditional bus experience with a clearly defined route and stops.

In this article: daimler, gear, mercedes-benz, MercedesBenz, ridehailing, ridesharing, transportation, Via
All products recommended by Engadget are selected by our editorial team, independent of our parent company. Some of our stories include affiliate links. If you buy something through one of these links, we may earn an affiliate commission.