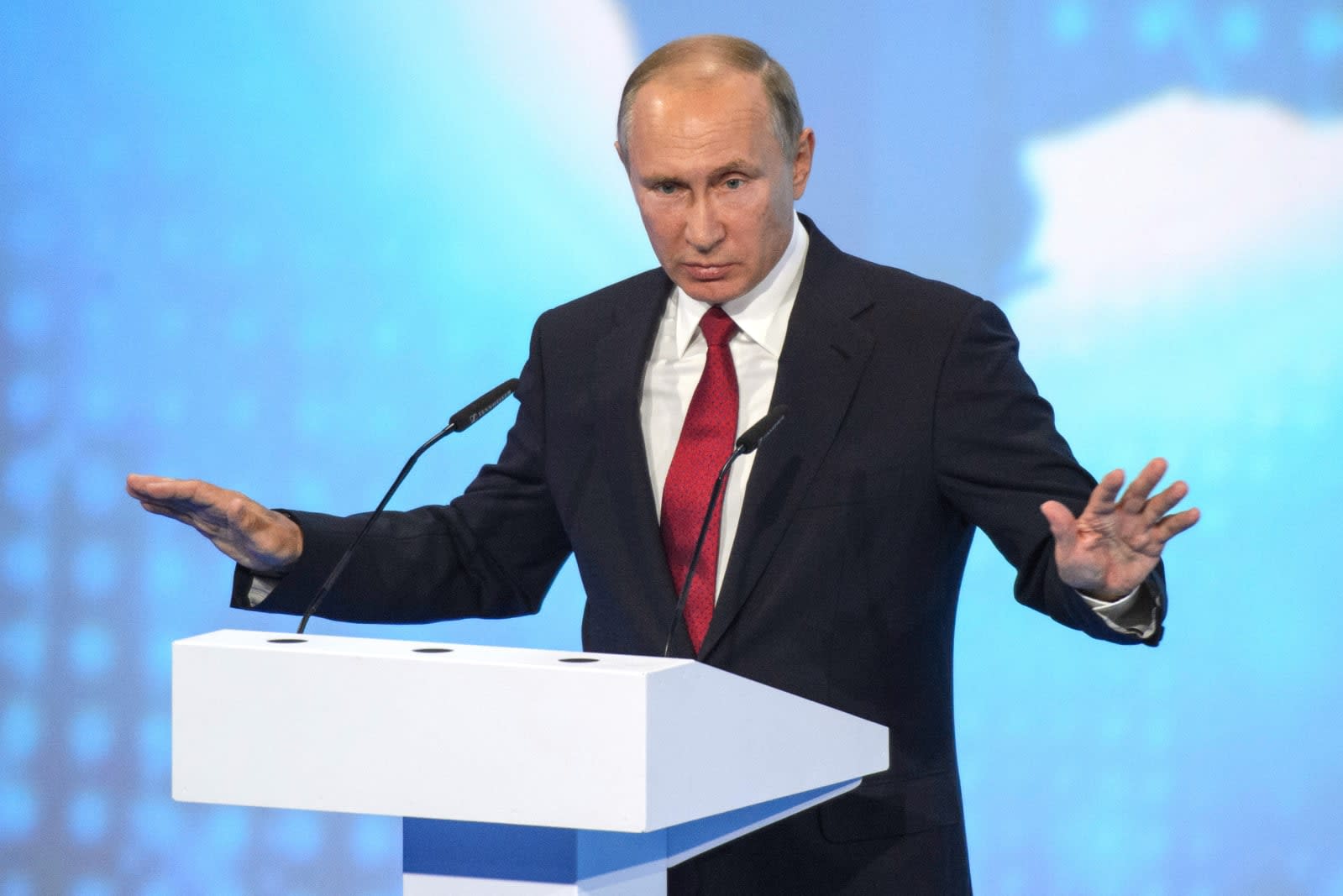 Forget the arms race or space race -- the new battle for technological dominance revolves around AI, according to Vladimir Putin. The Russian President told students at a career guidance forum that the "future belongs to artificial intelligence," and whoever is first to dominate this category will be the "ruler of the world." In other words, Russia fully intends to be a frontrunner in the AI space. It won't necessarily hog its technology, though.

Putin maintains that he doesn't want to see anyone "monopolize" the field, and that Russia would share its knowledge with the "entire world" in the same way it shares its nuclear tech. We'd take this claim with a grain of salt (we wouldn't be surprised if Russia held security-related AI secrets close to the vest), but this does suggest that the country might share some of what it learns.

Not that this reassuring long-term AI skeptic Elon Musk. The entrepreneur believes that the national-level competition to lead AI will be the "most likely cause of WW3." And it won't even necessarily be the fault of overzealous leaders. Musk speculates that an AI could launch a preemptive strike if it decides that attacking first is the "most probable path to victory." Hyperbolic? Maybe (you wouldn't be the first to make that claim). It assumes that countries will put AI in charge of high-level decision making, Skynet-style, and that they might be willing to go to war over algorithms. Still, Putin's remarks suggest that his concern has at least some grounding in reality -- national pride is clearly at stake.

In this article: ai, artificialintelligence, elonmusk, gear, personal computing, personalcomputing, politics, putin, robots, russia, VladimirPutin, hidden:vv_16x09:b2ccd10a-3f4f-31dd-b5ab-5bd5ab85bb37
All products recommended by Engadget are selected by our editorial team, independent of our parent company. Some of our stories include affiliate links. If you buy something through one of these links, we may earn an affiliate commission.