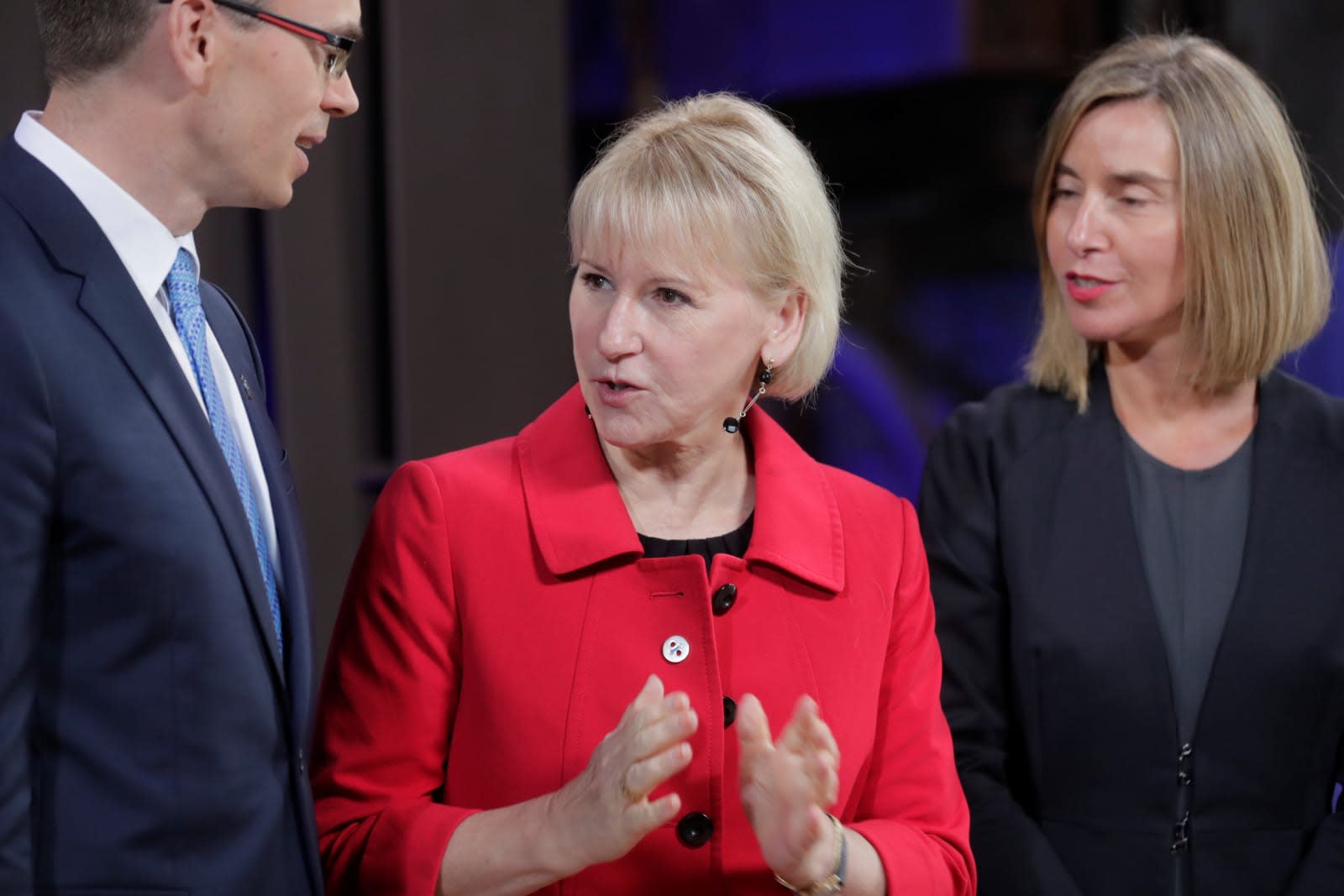 The past couple years have seen a growing amount of foreign interference in elections, both in the US and in Europe. The European Union's defense ministers held a cyber wargame to test their response to coordinated physical and social media attacks. Given the unrest stirred up by misinformation campaigns and hacking efforts, the time is ripe to prepare against such simultaneous warfare.

The simulated scenario saw hackers disable an EU naval mission in the Mediterranean while discrediting the EU's efforts on social media to spike unrest and protests. The defense ministers spent the 90-minute exercise addressing the catastrophes while mock news alerts updated officials.

The cyber wargame was suggested by Estonia and hosted in its capital city of Talinn. The Baltic nation has held the EU Council presidency since July and made cybersecurity a focus of its six-month tenure in the office. It's a particular concern for the country, which shares a border with Russia and was hit by cyberattacks coming from its neighbor in 2007.

In this article: cybersecurity, estonia, security, wargames
All products recommended by Engadget are selected by our editorial team, independent of our parent company. Some of our stories include affiliate links. If you buy something through one of these links, we may earn an affiliate commission.