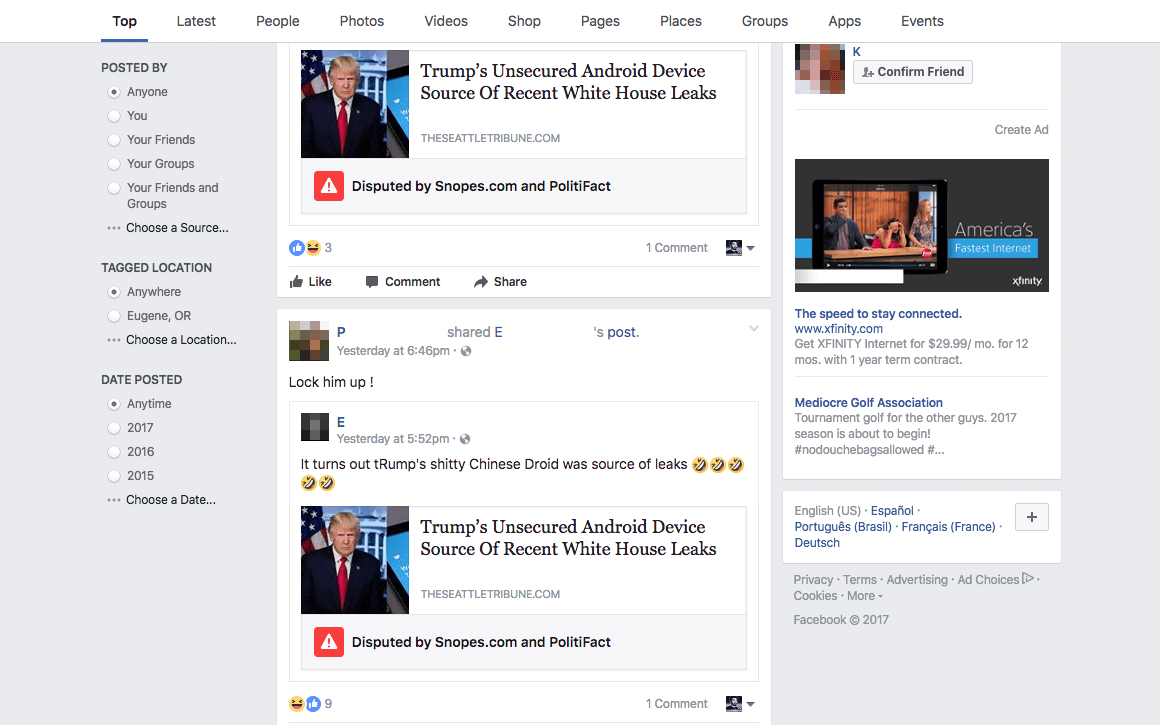 Facebook has been plucking away at its big fake news problem over the last few months. So far, it has cut off fake news sites from ad revenue and blocked advertisements from Pages that spread fake news. It has also deprioritized false reports and posts shared by high-frequency posters. And the company has also been incorporating fact-checkers into its system who go through articles tagged as fake and look into their claims. If they do turn out to be riddled with errors, the articles get flagged and fact-checked reports will now even show up alongside other related articles in the Trending News section.

But a report from Politico suggests that Facebook is holding back information that could help fact-checkers do their jobs more efficiently. All of the data the company has collected on the effects of its fact-checking efforts and fake news flagging hasn't been shared with those doing the fact-checking -- groups like Snopes, FactCheck.org and PolitiFact.

Some of the information these groups are seeking include how often copycat articles appear after one article is flagged as fake, which articles have already been checked by other fact-checkers and if certain stories should be prioritized more heavily. Information that helps fact-checkers choose which articles to tackle would also be beneficial. The executive director of Politifact, Aaron Sharockman, told Politico that one fact-check could take up to five hours so knowing which stories to pick is important. "There's 1,200, 1,500 stories that we could look at today, and we're going to look at two," he said.

Facebook has said that the efforts are working, but hasn't provided any numbers to back that up. Facebook's News Feed product manager, Sara Su, told Politico that the company does plan on sharing this information with fact-checkers eventually but that protecting user privacy is also a concern. "We want to be as transparent as we can be while also respecting the privacy of people on our platform," said Su.

In this article: facebook, factchecking, FakeNews, gear, internet, NewsFeed, PolitiFact.com, snopes
All products recommended by Engadget are selected by our editorial team, independent of our parent company. Some of our stories include affiliate links. If you buy something through one of these links, we may earn an affiliate commission.