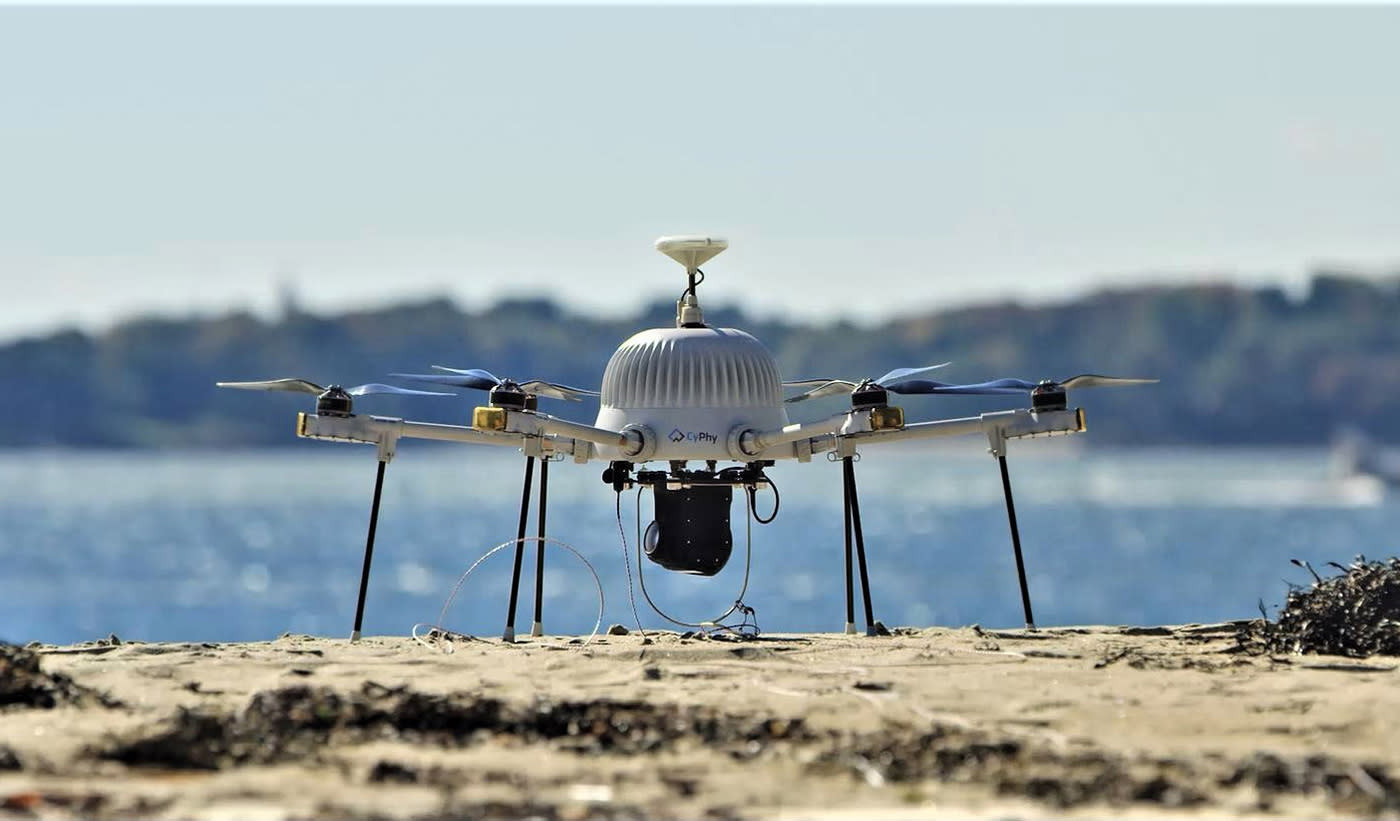 Starting next week, a drone will hover over Houston, assessing the damage Hurricane Harvey caused and finding areas that need more help. The American Red Cross will conduct the survey in one of the most badly affected areas of the city for a week as part of the first drone disaster-relief program in the US. This week-long pilot period involves the use of a Cyphy drone that's tethered to a generator, so it can operate for lengthy periods of time, and has a 30x zoom camera to provide miles of visibility from 400 feet above ground.

According to the Red Cross, the images the drone takes will help it funnel aid to areas that need it the most. They will also be used to evaluate billions of dollars of damage for insurance, since that's a necessary step towards the city's recovery. The program is funded by UPS' charitable arm, which is probably why the team is using a Cyphy drone -- the parcel delivery company owns a stake in the dronemaker. This isn't the first time UPS is using drones to send help either: last year, it also tested the use of unmanned aerial vehicles to deliver emergency medical supplies.

Brad Kieserman, Red Cross Disaster Services VP says "The measure of success for the American Red Cross on this pilot will be to prove that drones can help support, complement and accelerate the work already being done by our tremendous volunteers." If the team successfully accomplishes their task next week, they could deploy the program for similar disaster-relief operations in the future. In fact, they plan to use the same drone and methods to assess Hurricane Irma's impact after it passes through Florida this weekend.

In this article: cyphy, disasterresponse, drone, gadgetry, gadgets, gear, houston, hurricaneharvey, redcross, UPS, hidden:vv_16x09:40e32ff2-e5f2-3a48-b3d6-6fc6d03d66d7
All products recommended by Engadget are selected by our editorial team, independent of our parent company. Some of our stories include affiliate links. If you buy something through one of these links, we may earn an affiliate commission.