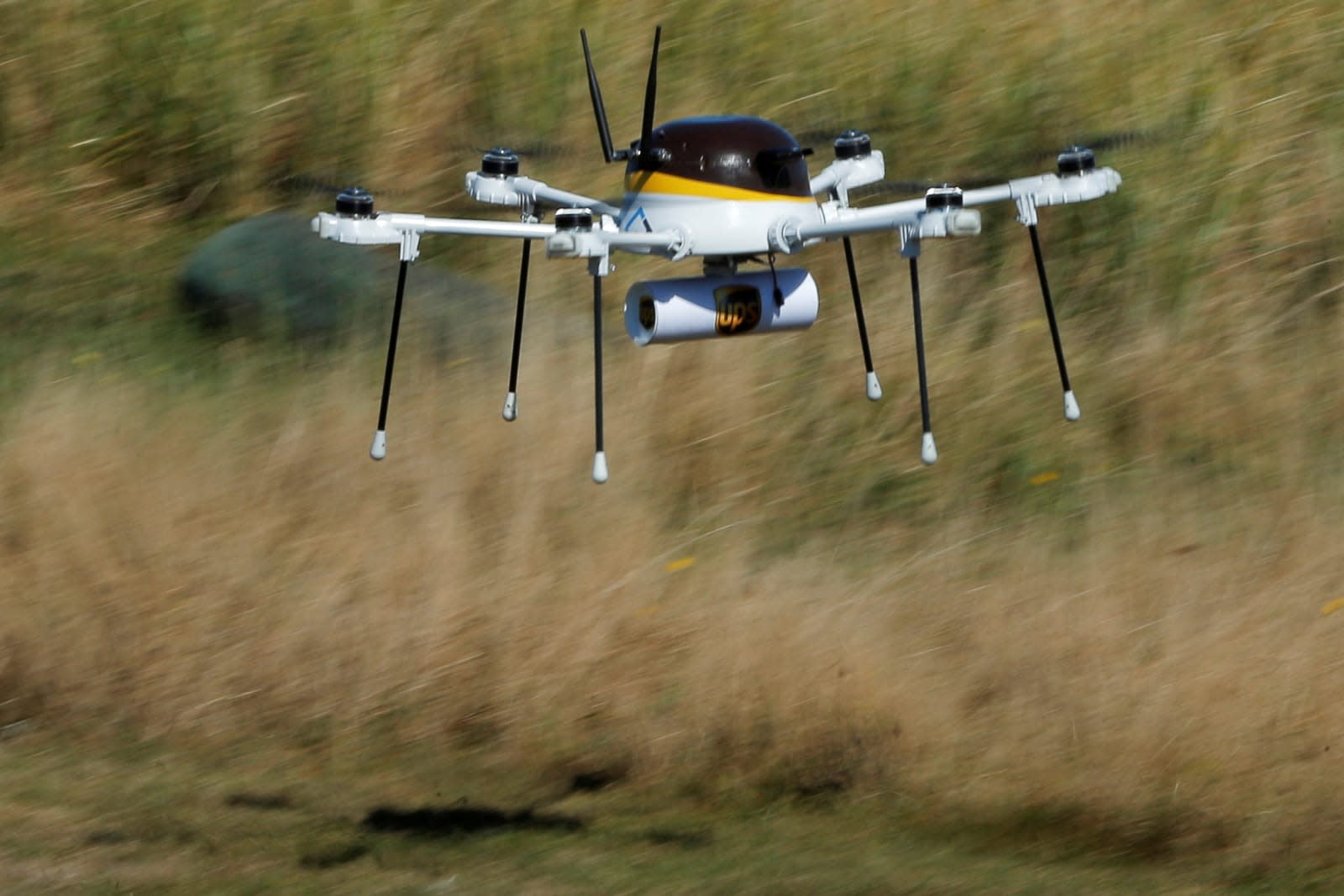 Remember when Amazon announced Prime Air drone delivery back in 2013? Following the excited hubbub, other services including UPS scrambled to try out competitive airbone services. But then everyone ran into a slew of logistics and regulations issues, which have taken years to untangle. In the past few months, Google was given FAA approval for drone deliveries and Amazon might bypass regulation entirely for its air shipping. But UPS is going in a different direction: Testing UAVs to ferry emergency medical supplies.

The shipping service began trials this week in rural Massachusetts. A test flight on Thursday carried a package from Beverly, a town north of Boston, to Children's Island. It was handled by local drone maker CyPhy, in which UPS owns a stake. Though the FAA passed restrictions on "non-hobbyist" drone use at the end of August, the shipping company will appeal for exceptions to those rules, including one limiting flight to line-of-sight.

As for the concept of delivering medical supplies via drones? A US start-up has been ferrying blood and vaccines in Rwanda since July, which UPS announced it was financially backing in May.

In this article: Boston, CyPhy Works, drone, dronedelivery, gadgetry, gadgets, gear, Massachusetts, medicine, ups
All products recommended by Engadget are selected by our editorial team, independent of our parent company. Some of our stories include affiliate links. If you buy something through one of these links, we may earn an affiliate commission.