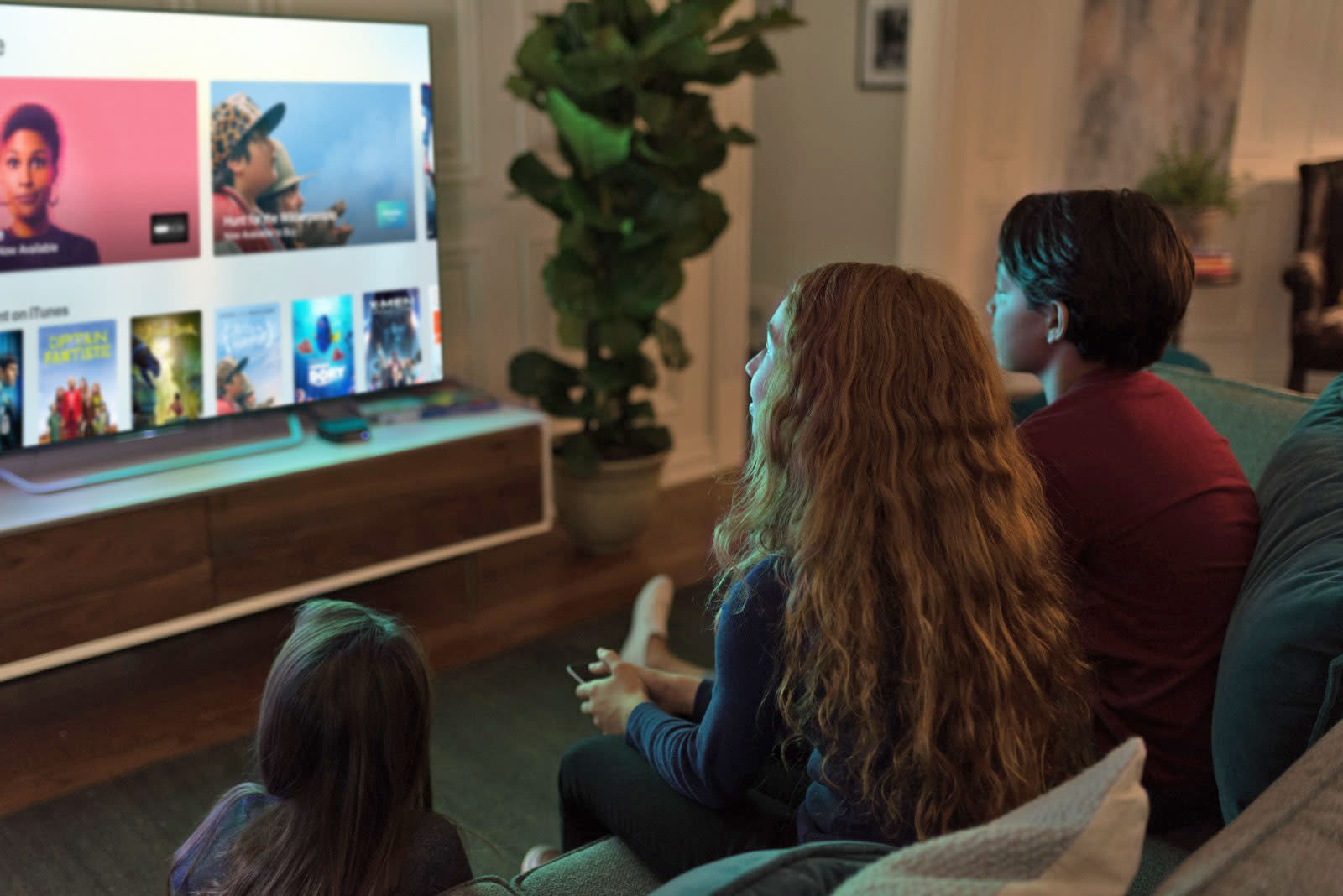 Now that there's a 4K, HDR-ready Apple TV, the company is pushing content that takes advantage of those capabilities (remember the updates to 720p or 1080p?). Eddy Cue just announced on stage that not only will 4K movies cost the same amount as 1080p flicks on iTunes, the company is also upgrading existing HD purchases to 4K for free (Update: Unless they're from Disney, as it's the only major studio the company doesn't have a deal with yet). So far, buying 4K movies on disc or digital service like Vudu has included a price premium of $10 or more but it appears Apple won that battle, and anyone tapped out after buying a new TV and $179 box will appreciate it.

Bring the magic of the cinema straight to your living room with the new Apple TV 4K. Customers will love watching stunning 4K HDR movies from an impressive catalog on iTunes, while also getting automatic upgrades of 4K HDR movies already in their iTunes library and enjoying 4K content on services like Netflix and Amazon Prime Video, coming soon.

In this article: 4K, apple, AppleTV, av, entertainment, gear, HDR, iphone8event, itunes, movies, pricing, video
All products recommended by Engadget are selected by our editorial team, independent of our parent company. Some of our stories include affiliate links. If you buy something through one of these links, we may earn an affiliate commission.