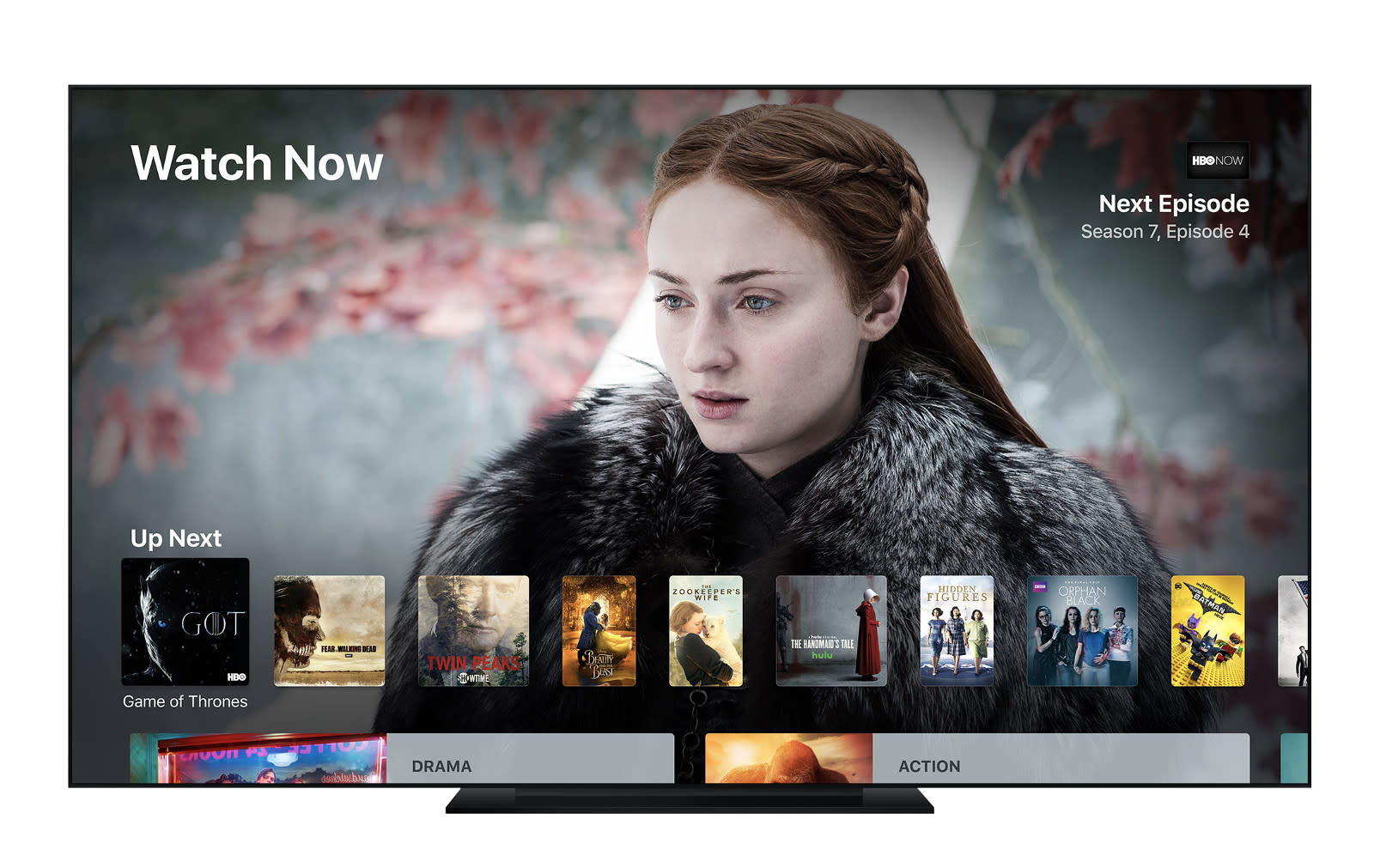 Apple's 'TV' app has begun showing up outside the US, signaling the start of the rollout it promised during its latest iPhone event. According to MacRumors and 9to5Mac, the app has already appeared for some users in Australia and Canada ahead of tvOS 11's official release later today, September 19th. Apple launched the TV app in 2016 to serve as a browsable hub for all the shows from your other apps, such as Hulu and HBO Now. It was designed to give you a way to easily find movies and series to watch without having to switch streaming services.

Based on some social media posts, the app still isn't working properly and is stuck loading for a lot of people. Apple might have merely released it to prepare for its streaming device's OS update, so it will likely start working once tvOS 11 arrives. While the ongoing rollout seems to be for Canada and Australia only, Apple also promised to bring the app to the UK, France, Germany, Norway and Sweden before the year ends.

In this article: app, apple, appletv, appletvapp, australia, canada, entertainment, home
All products recommended by Engadget are selected by our editorial team, independent of our parent company. Some of our stories include affiliate links. If you buy something through one of these links, we may earn an affiliate commission.