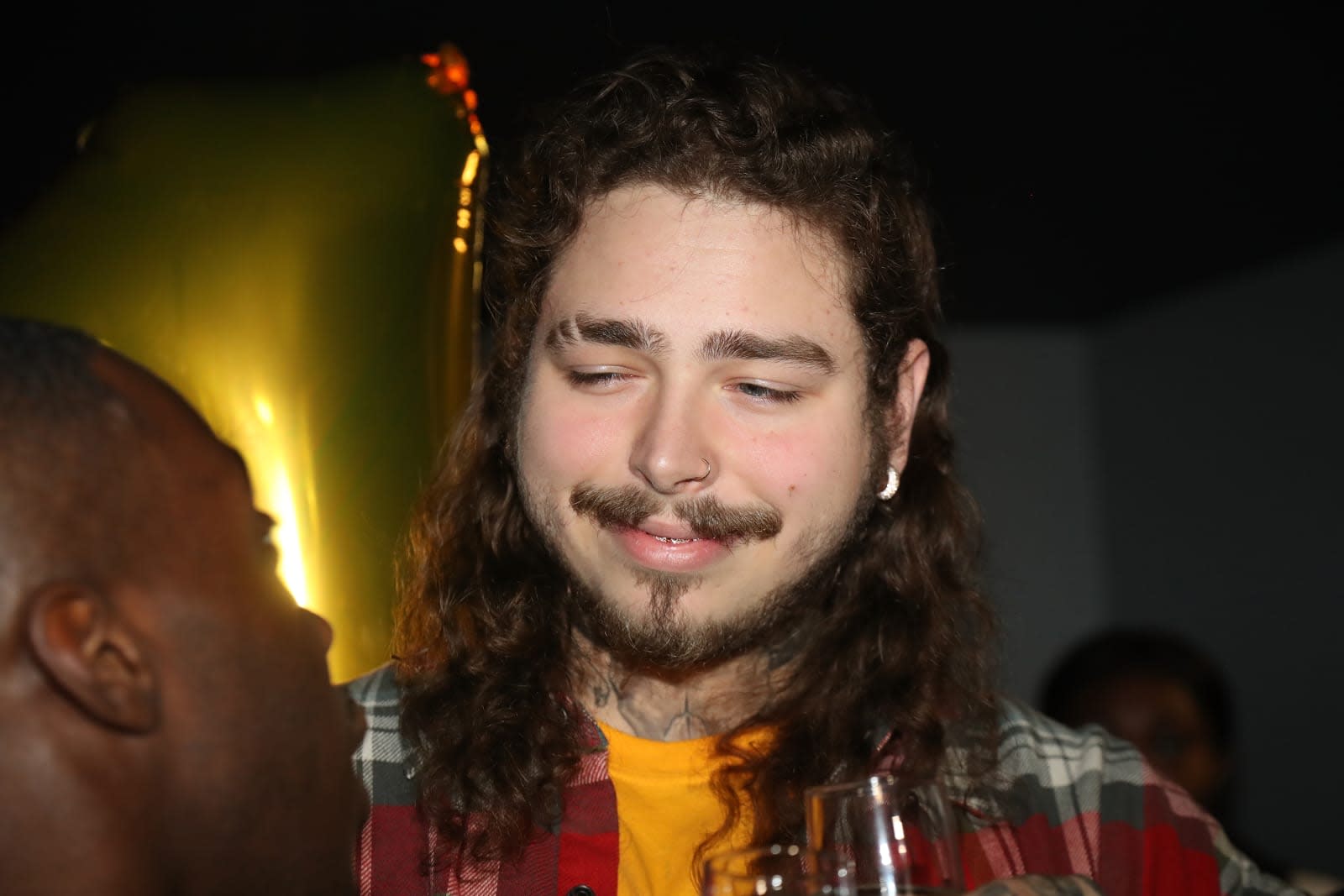 Post Malone's song "Rockstar" has just surpassed DJ Khaled's "I'm the One" as the record with the most Apple Music streams in one week. The Verge reports that the song snagged 25 million streams in a single week on the music service, which accounted for 56 percent of all first week streams of the song in the US. That's pretty impressive for a service that hosts around a sixth of the users that Spotify does.

Apple also recently played a hand in Jay-Z's 4:44 success, which wasn't available on Spotify but topped the Billboard 200 chart nonetheless, largely through Apple Music streams and iTunes downloads after going platinum while still exclusive to Tidal. In March, Apple Music also hosted half of worldwide streams of Drake's More Life during the album's first week.

Malone's previous accomplishments include over one billion streams of his first album Stoney, -- released last December -- which also featured four platinum singles. Apple Music definitely helped "Rockstar" take the top spot, putting it on three of its most popular hip-hop playlists -- The A-List, It's Lit and #OnRepeat -- from the start. "A lot of times on those records where we outperform is because we're ahead of the curve on them," Carl Chery, Apple Music's head of artist curation, told The Verge.

"Rockstar" is from Malone's upcoming album Beerbongs and Bentleys, set to be released later this year, and Apple will aim to capitalize on the current success of Malone who Chery told The Verge "has quietly become a streaming monster." He said, "We just have a long history of supporting Post Malone, even before he got signed. The process is pretty simple for us, if we like it, we support it."

In this article: apple, applemusic, art, av, drake, entertainment, HipHop, itunes, jay-z, MusicStreaming, PostMalone, services, spotify
All products recommended by Engadget are selected by our editorial team, independent of our parent company. Some of our stories include affiliate links. If you buy something through one of these links, we may earn an affiliate commission.