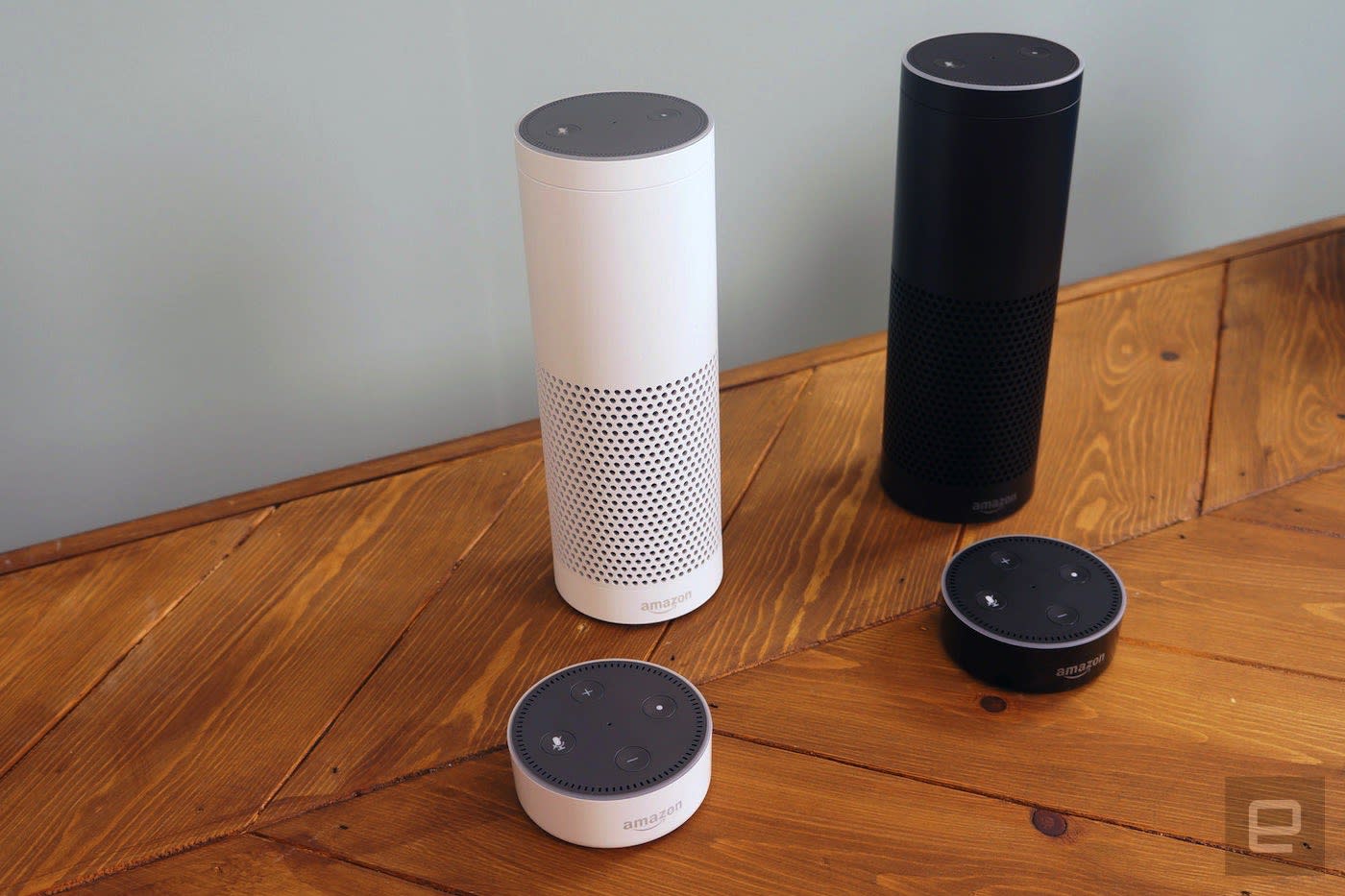 Amazon hasn't said anything about it publicly, but today at 1:30PM ET the company is expected to unveil a variety of new products to expand the Echo and Alexa family. The timing makes sense -- with the holidays coming up, having fresh hardware to offer customers is a logical move. And there have been a number of rumors swirling about what we might see lately. Chief among those is new Fire TV hardware that doubles as an Alexa-enabled speaker. Basically, it sounds like a combo of the Fire TV and Echo Dot, which would provide a way to refresh your streaming video box while also adding Alexa functionality to your living room.

A second, more modest Fire TV would be more akin to Google's Chromecast Ultra. It looks like a dongle you hang off of your HDMI port to stream video in 4K resolution. It'll certainly be more affordable, as well. Amazon already has a small dongle-like piece of hardware in the existing Fire TV Stick, but it doesn't support 4K playback.

Another product that's a much more of a longshot is a pair of Alexa-enabled "smart glasses" -- like Google Glass, but without a screen and with a much more subtle, standard design that is said to resemble a normal pair of eyeglasses. There hasn't been much of a consumer market for such a device, though many companies appeared to be scared away after Glass was such a notable flop.

Finally, Bloomberg's Mark Gurman expects to see an updated Echo speaker that sounds significantly better than the existing model. That would be key to compete with Apple's HomePod, which sounds great but doesn't have nearly the voice-activated ecosystem that the Echo and Alexa currently provide. With this new speaker, you'd theoretically not have to choice between the Echo's proven voice smarts and the HomePod's excellent audio quality. Gurman also believes that Amazon is working on a home security system to compete with Nest Secure, which was just announced last week.

Both the Fire TV streaming box and Echo speaker (in black only) are currently unavailable on Amazon. That might not mean anything, but it could also be a hint that these products are about to be replaced. Either way, we'll have the news for you this afternoon -- Amazon isn't offering a livestream of the event, but we'll be at the company's headquarters to deliver all the details.

In this article: alexa, alexaevent2017, amazon, echo, entertainment, gear, internet, voicespeaker
All products recommended by Engadget are selected by our editorial team, independent of our parent company. Some of our stories include affiliate links. If you buy something through one of these links, we may earn an affiliate commission.