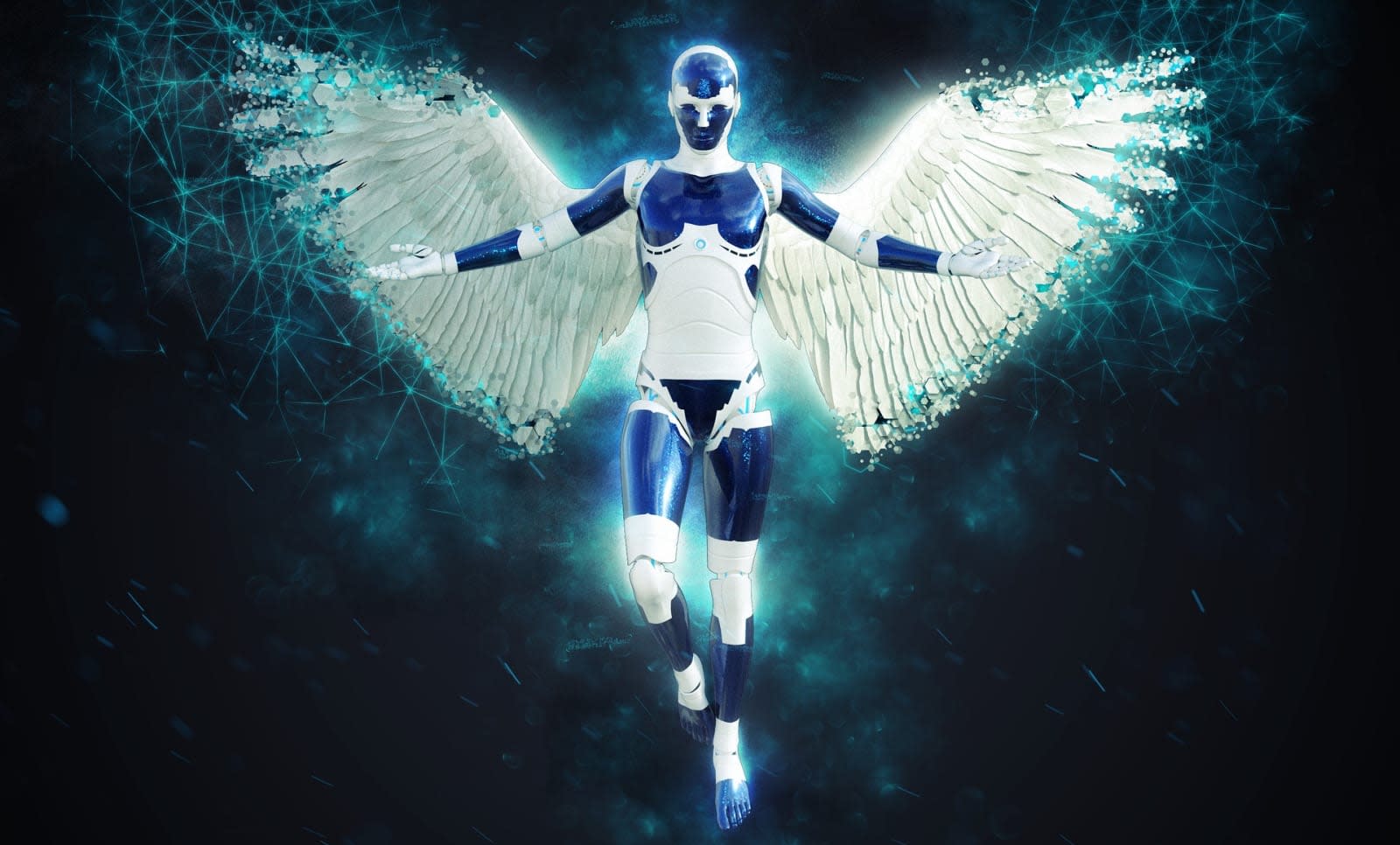 In a development that wouldn't be out of place in a Black Mirror episode, we could soon be worshipping an artificially intelligent god figure. And this isn't a satirical take on our existing roles as disciples of social media, or the transcendental joy we feel when an Uber Eats delivery arrives. According to state filings uncovered by Wired, in September 2015 disgraced engineer Anthony Levandowski established a non-profit religious corporation called Way of the Future. Its mission: "To develop and promote the realization of a Godhead based on artificial intelligence and through understanding and worship of the Godhead contribute to the betterment of society." In the last two months alone we've seen robots perform funeral ceremonies and AI chips mimic the human brain -- could a Deus ex Machina really be that far behind?

The organization hasn't responded to requests for further information about its activity, but a quick look at Levandowski's resume shows that he'd be a strong contender for divine leadership within an AI-driven faith. He was co-founder of autonomous trucking company Otto, which was bought by Uber in 2016, and he played a pivotal role at Google in developing the self-driving cars that are already on the roads in some parts of the US. Still, his work brings us ever closer to the Singularity -- the so-called day when machines overtake humans in intelligence and life as we know it goes to pot -- so maybe Way of the Future is Levandowski's way of making sure he's got the computers on side when that day comes.

In this article: AI, BlackMirror, computer, DeusExMachina, faith, god, Levandowski, machine, religion, services, Singularity, WayOfTheFuture
All products recommended by Engadget are selected by our editorial team, independent of our parent company. Some of our stories include affiliate links. If you buy something through one of these links, we may earn an affiliate commission.