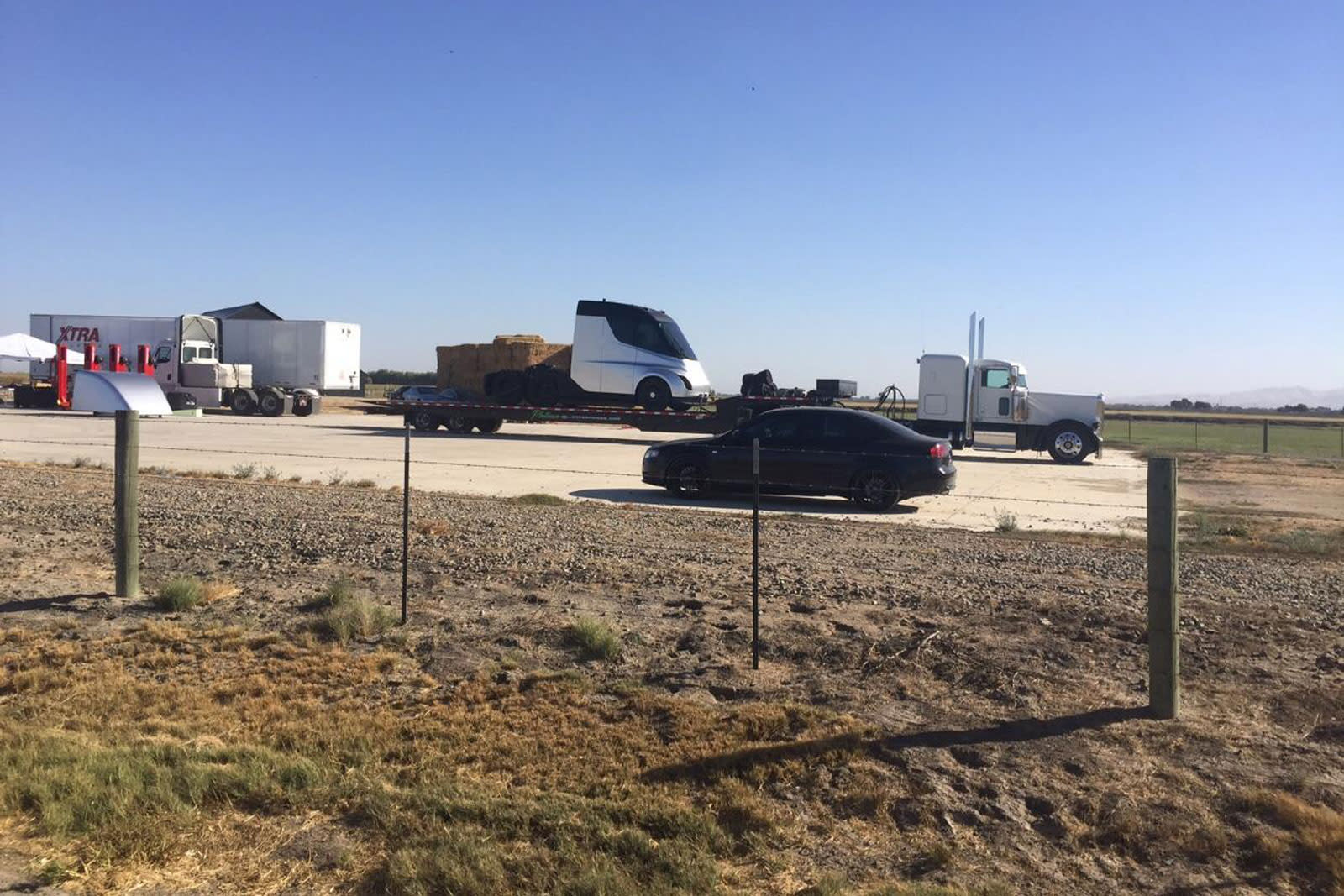 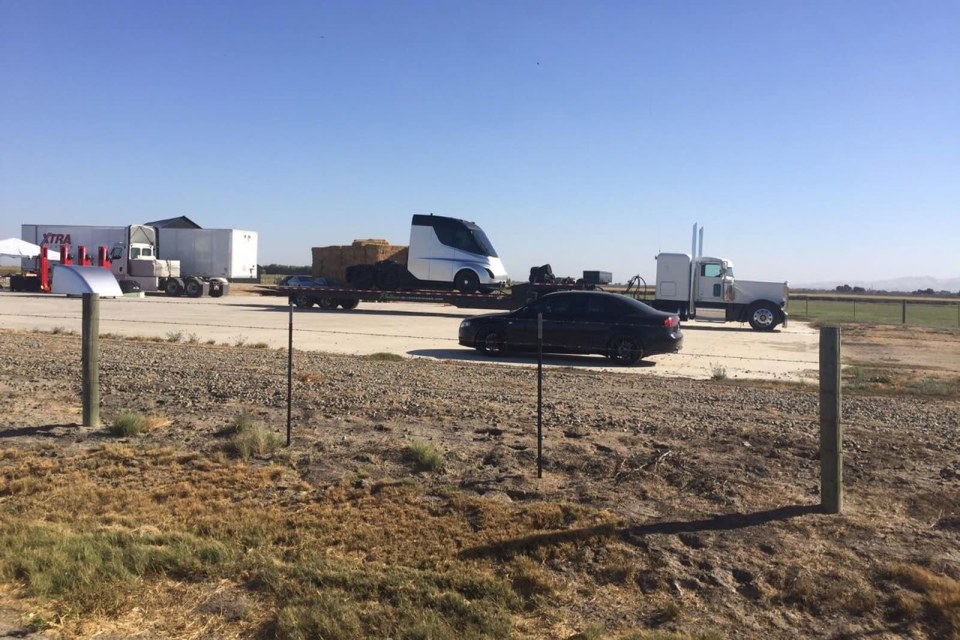 Who said you had to wait until October 26th to see Tesla's electric big rig? A succession of Reddit users have posted and reposted a photo that appears to show Tesla's semi truck sitting on a flatbed. And to no one's surprise, this isn't the Smokey and the Bandit-style truck of yore -- it's all swooping curves, complete with an expansive cockpit window. You can also see the vehicle's detached fairing off to the left.

The exact feature set of the truck is still somewhat mysterious, but there have been clues. It's expected to have a range of between 200 to 300 miles, so it'll be focused more on short hops than across-country hauls. And it's no surprise that Elon Musk likes the idea of autonomous trucks, so it's reasonable to see a more truck-oriented take on Autopilot that might include platooning when there's a multi-truck convoy.

The one thing for certain is that Tesla will have competition: more established brands like Cummins have already unveiled their own electric semis. Musk and company will have to show how their design stands out, and it's safe to say that it can't remain a prototype for long if Tesla wants to beat its challengers to market.