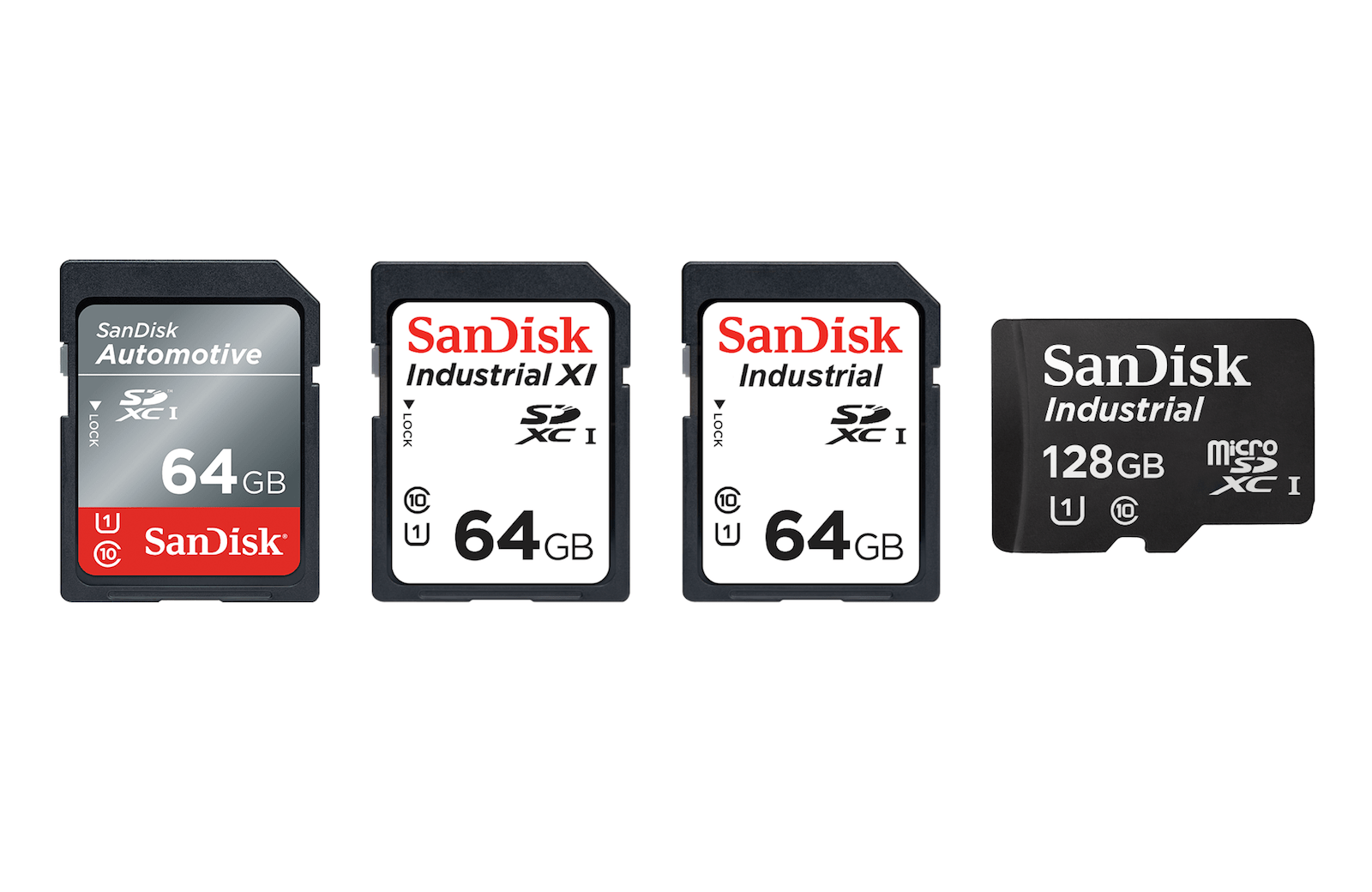 Western Digital is working on a new line of SanDisk memory cards that can withstand a wide range of temperatures, from the extremely hot to the extremely cold, AnandTech reports. The lineup includes an Automotive SD meant for vehicles like cars and drones and three Industrial cards -- Industrial SD, Industrial microSD and Industrial XI -- intended for more mainstream industrial applications.

And extreme is no exaggeration here. The Industrial SD and Industrial microSD cards can work for extended periods of time at temperatures ranging from -13°F to 185°F while the Industrial XI and Automotive SD cards can withstand temperatures between -40°F and 185°F. Those are temperatures that most people won't find themselves in very often, if ever, but if they can work in extreme heat and cold, they should definitely work just fine in the more mild temperatures experienced by most of the population.

The cards' read and write speeds are also pretty decent (80MB/s and 50MB/s) and they incorporate a Health Status Monitor that will allow manufacturers to check in on card usage and performance levels. They're also designed with a number of features meant to protect data.

In this article: design, drone, gadgetry, gadgets, gear, MemoryCard, ReadSpeed, sandisk, sd, WesternDigital, WriteSpeed
All products recommended by Engadget are selected by our editorial team, independent of our parent company. Some of our stories include affiliate links. If you buy something through one of these links, we may earn an affiliate commission.