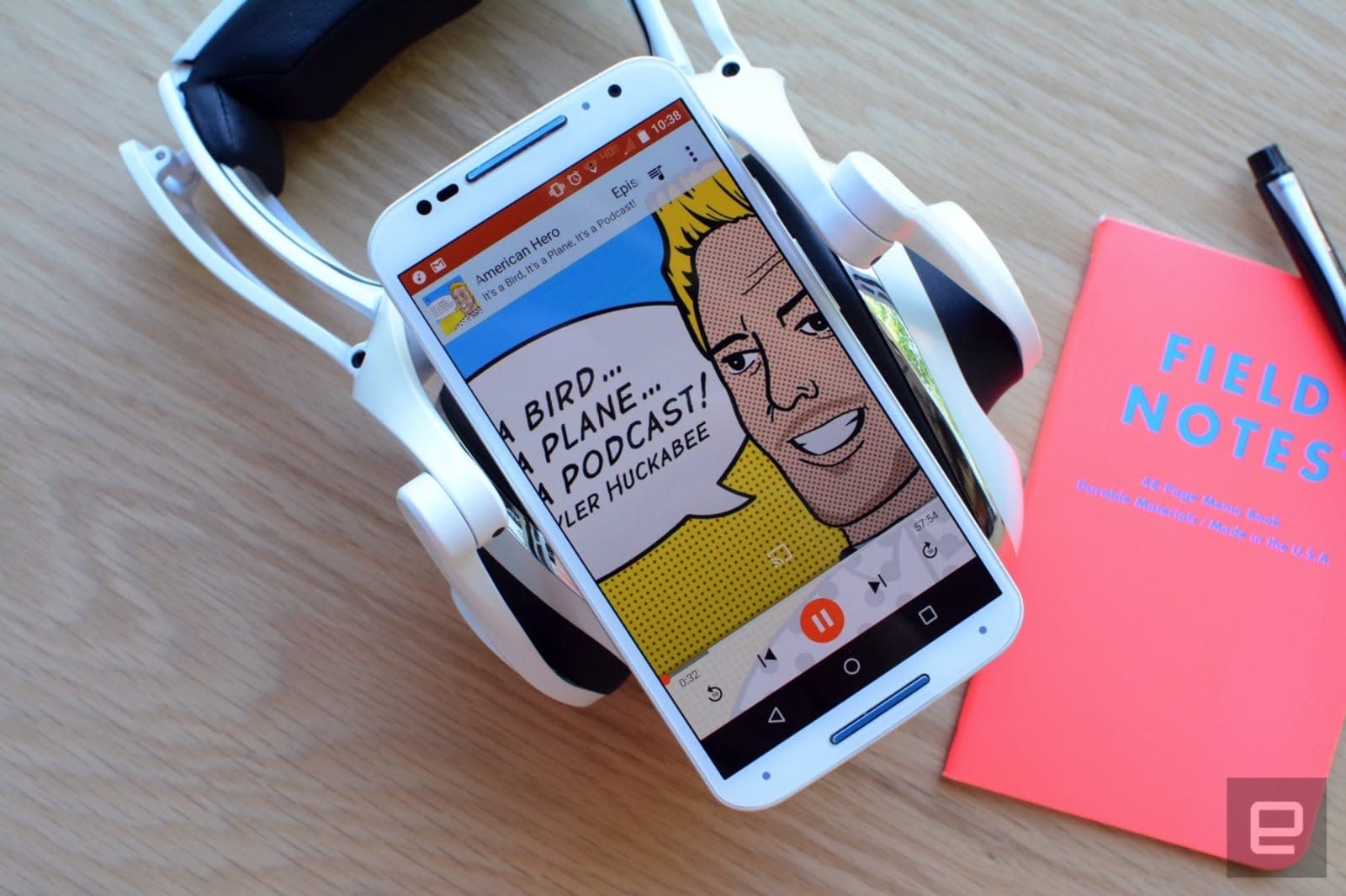 60Db, the short-form podcast app, looks like it's shutting down. The app's developer Tiny Garage Labs has joined Google, according to a post on Medium. Haven't heard of it? Well, then you probably won't miss it much come November 10th. In the past year though, the team worked with some 80 editorial partners to produce "hundreds of audio stories." What they're up to next isn't clear. As Business Insider notes, Google Play Music already has a section for podcasts, so perhaps this is a move to help revamp a seemingly abandoned portion of the mostly abandoned app.

If you'll remember, Google Play Music only added podcast support last April when the service launched in 2013. Spotify, on the other hand, has steadily increased its push into the space, going so far as hiring former Maker Studios CEO Courtney Holt to lead its podcast division. Spotify also made a pact with WNYC earlier this year. So, yeah, while Google might be dominating the competition in terms of machine learning and mobile cameras, it still has some catching up to do when it comes to other aspects of its business.

In this article: 60db, acquisition, audio, av, business, gear, google, podcast, shutdown, tinyfaragelabs
All products recommended by Engadget are selected by our editorial team, independent of our parent company. Some of our stories include affiliate links. If you buy something through one of these links, we may earn an affiliate commission.