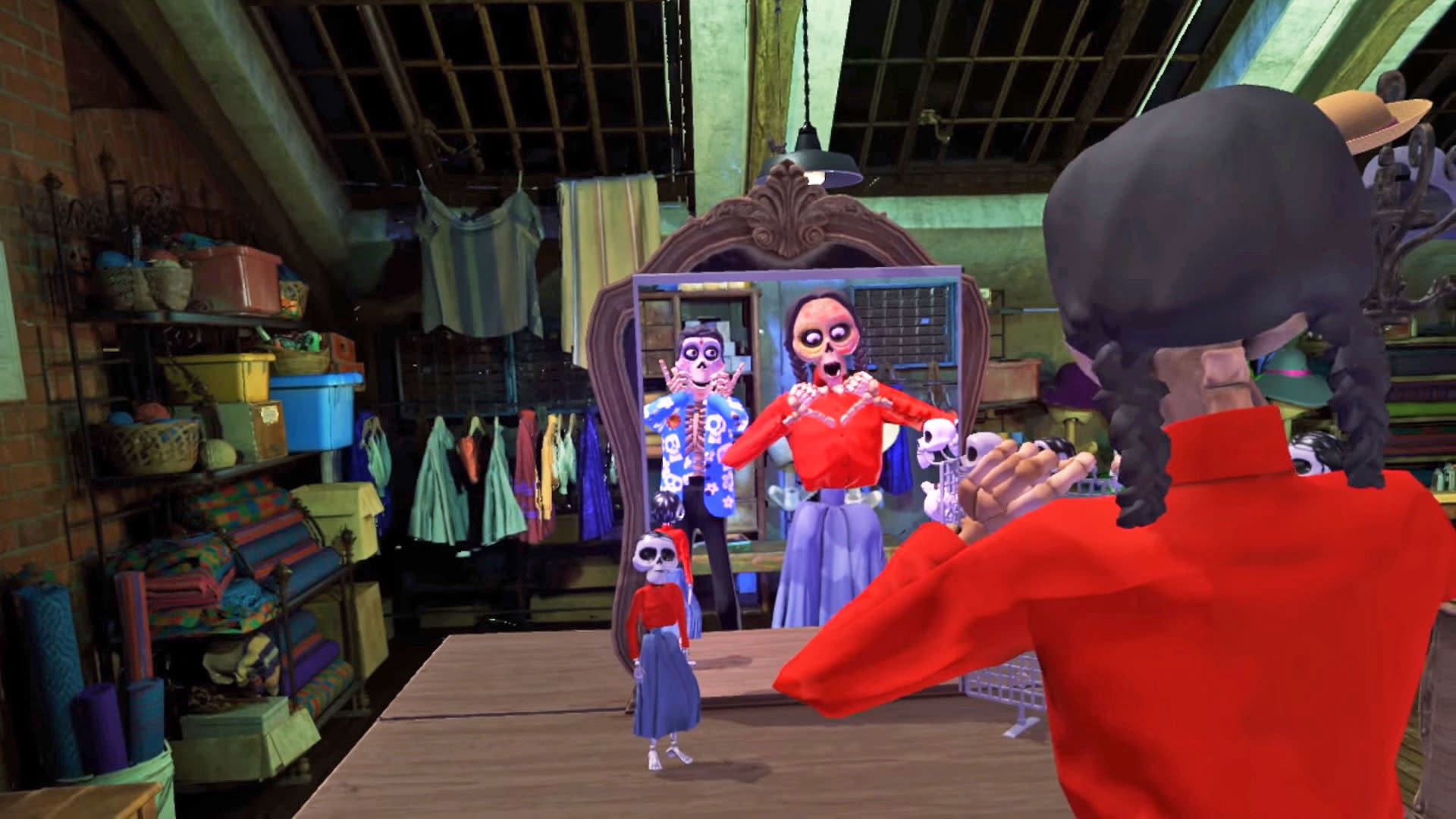 Pixar dropped the trailer for its next film Coco two months ago, and with any release by the much-lauded studio, eyes turned toward what masterpiece it would spin out next. But they've got something else suitably modern to help promote the movie: A VR experience.

A "social" VR experience, to be specific -- though what Disney's promotional material means by that is unclear. It is a delightful next step for Pixar to embrace new tech opportunities, like its storytelling course on Khan Academy, but the studio is definitely behind in producing VR experiences -- Alien: Covenant, Dunkirk and Blade Runner 2049 have all released their own earlier this year.

From the look of it, Coco VR will let players explore the vibrant Land of the Dead seen in the film's trailer. Whether you'll be able to make your own skeleton avatar or portray a character from the movie is unclear. Coco VR comes to Oculus Rift on November 15th and to the Gear VR on the film's US release date, November 22nd.

In this article: av, Coco, entertainment, gearvr, OculusRift, pixar, VirtualReality, vr
All products recommended by Engadget are selected by our editorial team, independent of our parent company. Some of our stories include affiliate links. If you buy something through one of these links, we may earn an affiliate commission.