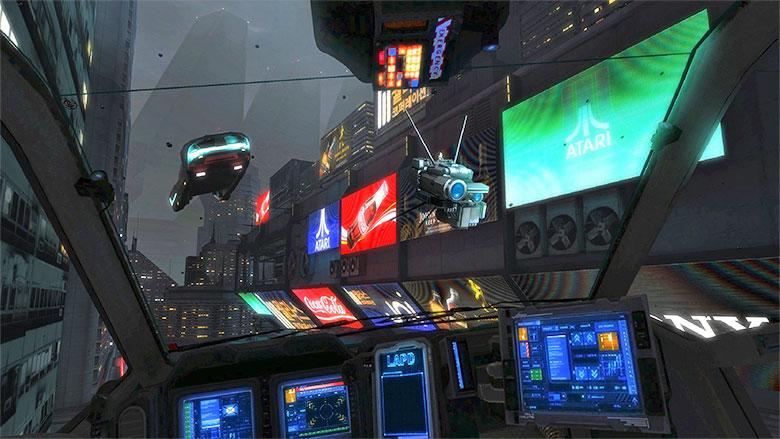 It's been a good few months for Blade Runner 2049 fans, what with the three amazing trailers already out for the upcoming reboot from director Ridley Scott. Now, we've got a new VR tie-in for the film, as Oculus plans to debut "Blade Runner 2049: Replicant Pursuit" at this year's Comic-Con in San Diego on July 21st. While crummy VR tie-ins are fairly de rigueur these days, Blade Runner seems like a pretty great fit for a VR experience, at least thematically. The "experience," created for Samsung's Gear VR, is the first of a planned trio of Blade Runner content, with each episode from a different developer.

In this first installment, you'll get to pilot one of the "spinner" police cars and track down a rogue replicant. The episode was created by Turtle Rock Studios, formerly Valve South, the folks behind Left 4 Dead, Evolve and the VR scare-fest Face Your Fears. If you're headed to Comic-Con, you can check out "Replicant Pursuit" in a replica of Blade Runner's White Dragon Noodle Bar. The installation is open to the public from July 20th through the 23rd, so even if you don't have a convention badge, you can line up and check out the futuristic action.

The Facebook-owned company plans to release two more interactive Blade Runner installments for both Gear VR and Oculus Rift closer to the film's October premiere. Oculus promises that the future episodes will "expand the overall story for a transmedia encounter," so keep your eyes peeled until then.

In this article: av, bladerunner, bladerunner2049, entertainment, facebook, gear, gearvr, oculus, oculustrift, samsung, tiein, video, virtualreality
All products recommended by Engadget are selected by our editorial team, independent of our parent company. Some of our stories include affiliate links. If you buy something through one of these links, we may earn an affiliate commission.