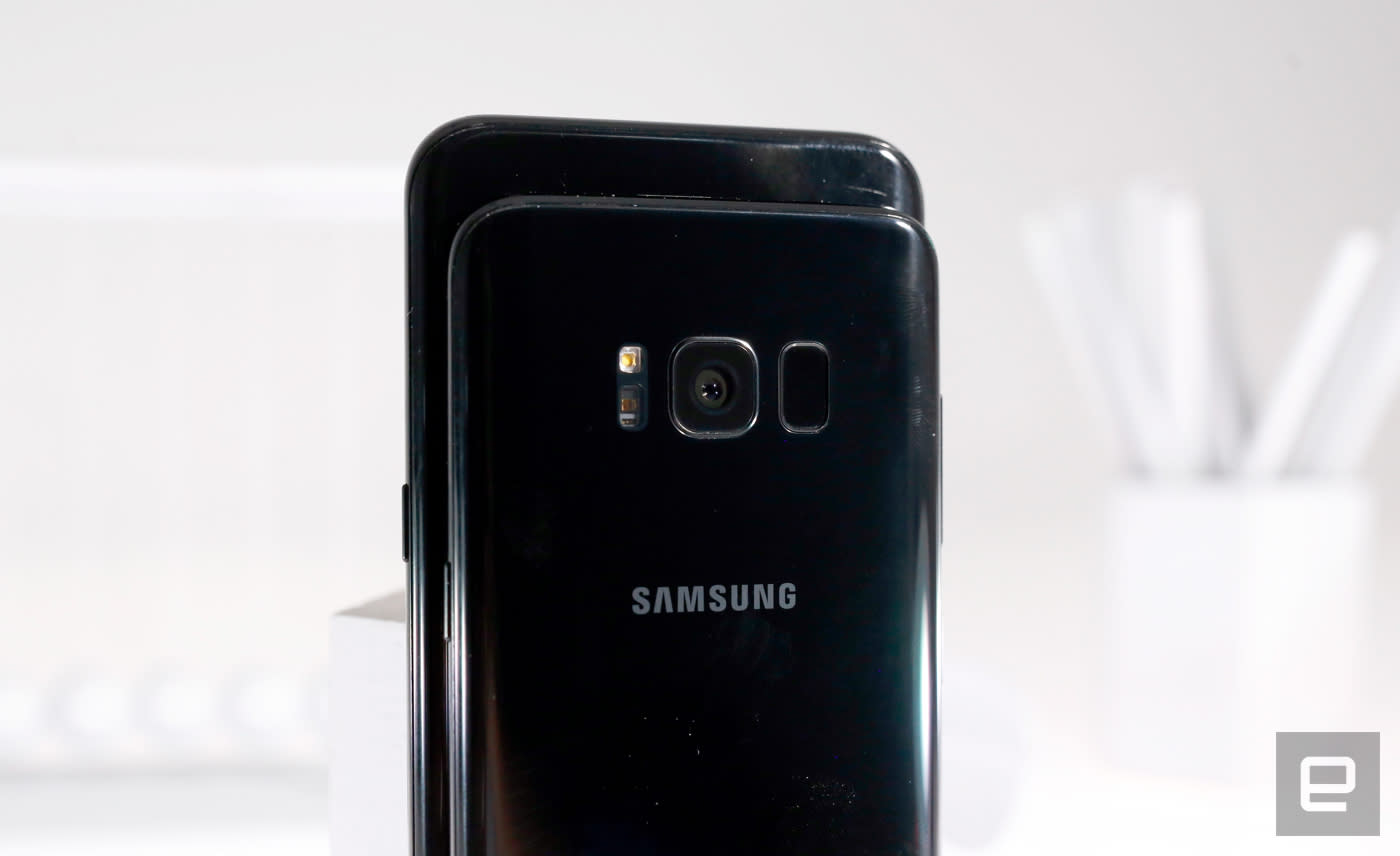 As Apple, Samsung and (perhaps, surprisingly) Google battle to claim the top spot in smartphone imaging, we've been left with lenses jutting out of the device, or in the case of the Note 8, a thicker phone. The iPhone 8 and Pixel 2 may be the latest offenders, but Samsung thinks its latest imaging sensor can keep things slim with its duo of new ISOCELL sensors: two different components with different selling points.

Its 12-megapixel Fast 2L9 sensor uses "Dual Pixel" tech to speed up its auto-focus, shrinking pixels to 1.28μm, down from 1.4μm in its predecessor. And what the heck does that mean? It should improve the speed it takes for future smartphones to focus, as well as the ability for the camera to keep locked-on and track moving objects. Samsung promises this is all possible in low light too, vowing that it'll keep your next (presumably Galaxy-branded) smartphone bump-free, while also delivering 'bokeh' depth of focus effects with just a single lens.

The ISOCELL Slim 2X7, like its name suggests, will be able to slide itself into even more slender smartphone designs, despite its meatier 24-megapixel spec. It's the first mobile image sensor to have a pixel size below 1.0μm -- 0.9μm apparently, helping shrink that sensor size, but keeping color fidelity and low noise thanks to Samsung's improvements with its ISOCELL tech and pixel isolation.The Slim is also built for improved low-light photography. It does so by combining four neighbouring pixels to work as one, increasing light sensitivity. It'll still be able to tap into all 24 megapixels when lighting conditions are better. Samsung pitches it as a sensor that works at its best, regardless of how much light's around.

Ben K. Hur, Vice President of System LSI Marketing at Samsung Electronics says in the release that the sensors are "highly versatile as they can be placed in both front and rear of a smartphone." Better selfies too, then.

In this article: cameras, camerasensor, dualpixel, focus, galaxy, gear, imaging, isocell, mobile, samsung, sensor
All products recommended by Engadget are selected by our editorial team, independent of our parent company. Some of our stories include affiliate links. If you buy something through one of these links, we may earn an affiliate commission.