Punks, monks and Harrison Ford running scared through a poisonous cityscape were just a few of the details that made the original Blade Runner feel like its environment was a standalone character in the film. It felt as alien and familiar as the way we live today, with an environment turning against us, a government that couldn't care less and a corporate ruling class that would make the Tyrell Corporation jealous.

The dystopian world of Blade Runner felt like it had naturally come to be. Unlike the version of Blade Runner we seem to be living in now, which feels like someone threw a switch at New Year's, and surprise, we're living in hell. Suddenly we have to catch up to living in dystopian fiction really fast, lest we die from fires, hurricanes, connected Nazis or nuclear war. So it's probably best that we use every bit of tech to our advantage so we make it to the next noodle bar, as it were. Despite the best efforts of our federal government to deny it, climate change is real and the planet has had enough of our foolishness. From hurricane destruction to extreme heat and cold, everyone needs to plan for a local disaster -- at the very least. The way things are now, with fires and floods, and even hurricanes hitting Ireland, it seems like we need to prepare for everything. But not everyone can afford a survival pod.

Survival kits start with the basics: a "go bag" to keep by the exit, a kit (or extra supplies) for staying in your house, and an off-site stash in case you have to literally run from disaster (such as a "car kit"). Pick one, or all three if you have the luxury. The American Red Cross has a good starting list, while the Disaster Supply Center has a multitude of readymade kits.

Now that we're living in a Blade Runner future on Krack, we'll have to fill in the details of true life in a future gone wrong. Like many in Northern California, this past week set a record for locals comparing life in San Francisco to existing in the film itself. That had a lot to do with the fires, which have us investing in daily-wear face masks and conditioned to air quality worse than Shanghai's. We realize that we're just catching up with the rest of the world in so many ways in terms of life with poisoned air. 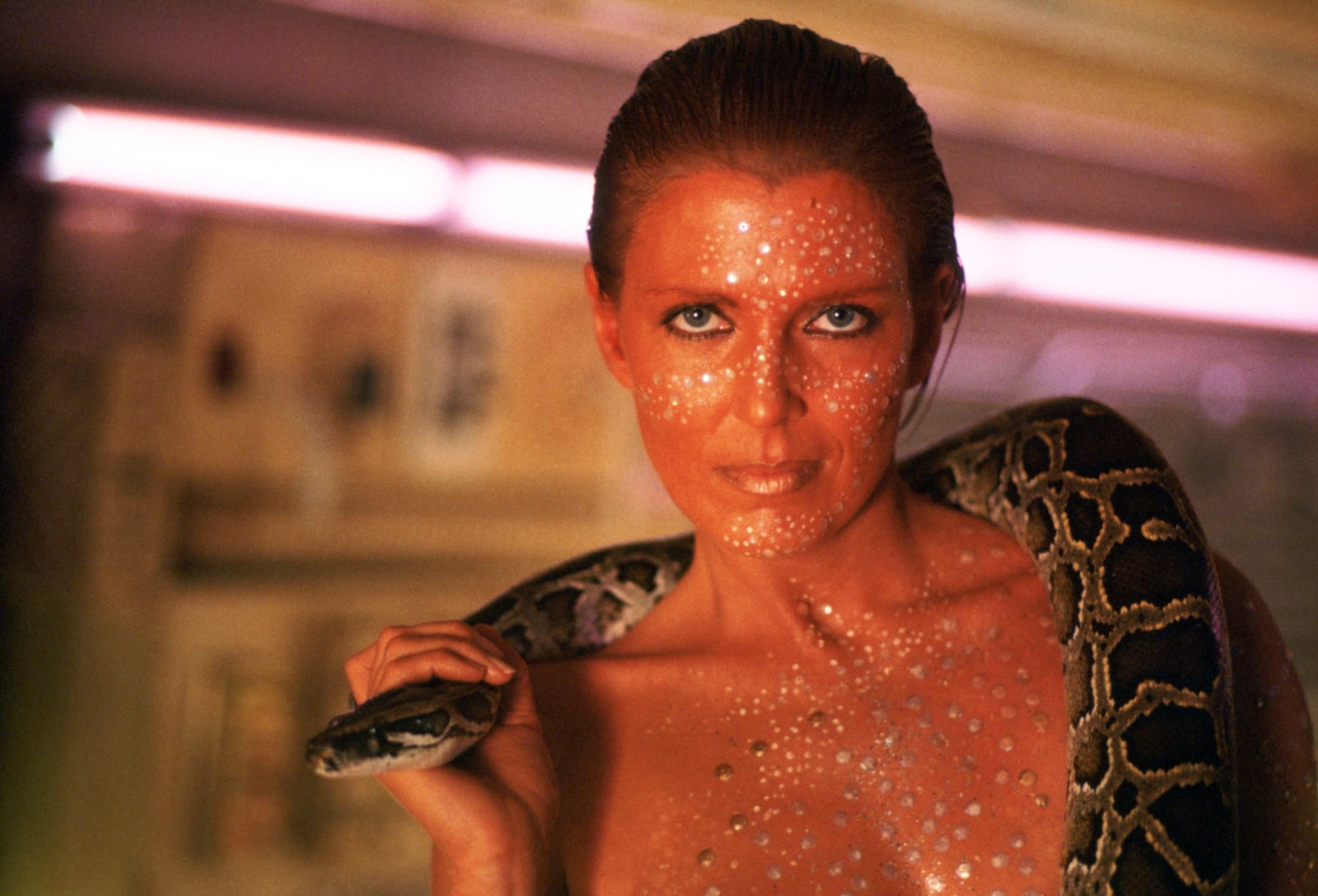 As Pris surely knew, real animals are rare in Blade Runner's universe. Animals were the first to start dying of the pollution which pushed humans Off-World. From fires to dust to gale-force winds or bombs, your kit needs a face mask with N95 and N100 ratings.

Sure, you can get any old thing at the hardware store or Amazon, but this is the future. You can take advantage of living in a time when even product designers are allergic to everything, and get an air mask fit for a city dweller. In many instances, these nouveau air-pollution masks are better than what you'll get in that prepper survival kit.

Great daily use (or temporary daily use) masks that look good are now a competitive market. For the Cal Fires, a number of SF locals grabbed a Vogmask off Amazon for getting around town. Other recommended masks that will make you actually want to wear it are those from Airinum and the Cambridge Mask Co.

If Pris had survived her encounter with Deckard, she'd surely have an animal companion -- and the gear to make her darling doggo or kitteh ready for anything. For starters, she'd make sure that sweet little manufactured beast stayed far away from any actual blade runners with GPS tracking. One option is the Whistle Pet Tracker; internet famous travel cat Willow stays connected with the Tabcat tracker and a long-range (no cell service needed) MarcoPolo Tracking System.

Pris would also have a pet first-aid kit, certainly, but for the oppressive heat in a climate gone wrong, she'd own a swamp cooler pup jacket or a canine cooling harness. Or like me, she'd have read about the woman fleeing the Cal Fires who put her 80-lb pit bull in a backpack and bicycled to safety and would want a quick escape solution -- like a U-Pet escape pod.

Off-World isn't yet an option 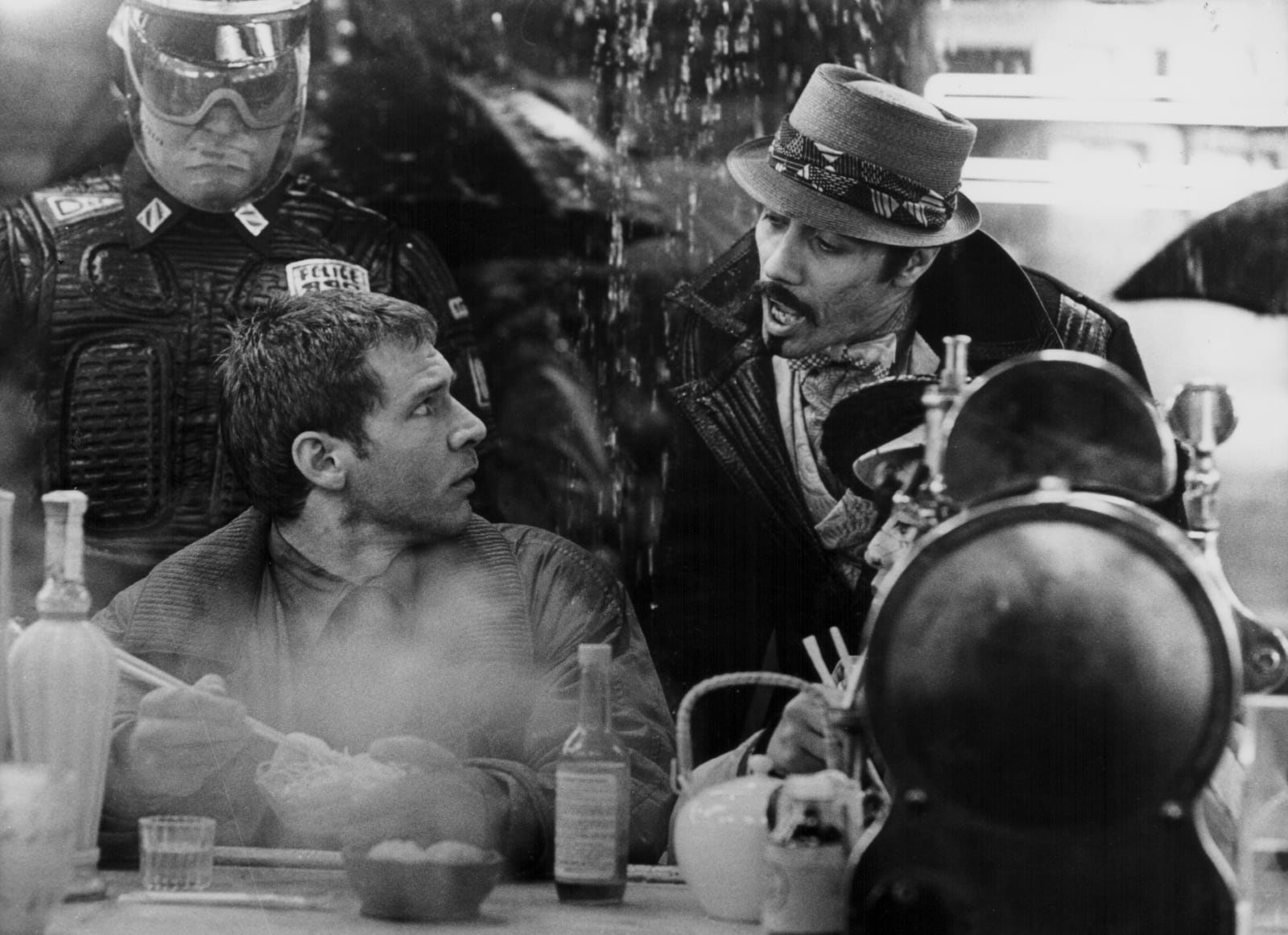 Fire is one thing, but looking at recent events, everyone will probably need waterproof everything. When you can, get a waterproof (or water-resistant) case for all your devices, or try to invest in the newest versions of things like the Kindle, which is now waterproof.

Harrison Ford's character Deckard drank whiskey -- Johnny Walker Black Label, to be precise -- so that's one way you might be able to avoid the poisonous drinking water of our collective future. For those who may find this impractical for daily applications, a top-end water-filtration device is the gadget you want. The most advanced consumer model is the MSR Guardian™ Purifier, but daytrippers living in the future-now will want a hand-held UV water purifier like the SteriPen.

Your biggest asset in a dystopian climate-change emergency might just be your backups. You can make your backup with a reputable cloud service, like Crashplan or iCloud. But to be safe from today's security threats, you should have a secure backup hard drive that you keep at home (or in another safe place) and one that you can grab and go.

This portable drive can hold copies of everything you might have to leave behind, from family photos to scans of your passport. It should also be waterproof, shock-proof, and password protected. The gold standard for this type of external hard drive is IOSafe, which claims to also be fireproof. For a small drive to keep in a bag, in case the replicant hunters come looking for you or a hurricane strikes out of nowhere, consider a Silicon Power drive, with small versions storing up to 4TB.

Power will be a concern, no matter if you're in a sci-fi climate disaster future or just on the go in our Blade Runner day-to-day lives. For those who are oppressed by the sun, solar chargers are now easy to use and take everywhere with you. Adafruit's DIY solar charger tutorials will have your devices constantly charged, and can help you keep others charged as well.

If your modern-day Blade Runner experience doesn't include DIY tinkering, the American Red Cross FRX3+ All Purpose Weather and Radio Charger has it all. It includes a NOAA AM/FM weather alert radio, LED flashlight, a charger via its USB port, and it stays powered for a week when fully charged via hand crank, its solar panel, or its 2600 mAh rechargeable battery.

Apps for humans and replicants alike

One of the apps that made day-to-day living safe in the Bay Area over the past two weeks was AirVisual's air-quality app. More immediate than local alerts, it let us know when we needed to wear masks to go to the grocery store and when we'd expect to get a break with some fresh air.

That said, many were stuck inside worrying how fast we were dying from the air in our apartments. That's where the AirVisual Pro would come in handy, showing inside air quality as well as that outside our doors. Yet, inside is really where it counts in polluted dystopias like ours, which is why an air purifier is probably the "coolest" gift anyone can give in this coming holiday season. For the most-tech-inclined, Dyson's pricey hot-cool air purifier is definitely the Cadillac of purifiers and comes with its own app to help you monitor your space.

Radiation wasn't an influence on the original Blade Runner's storytelling, but it might be in ours. In case our dystopia takes a Fallout 4 turn, Idaho National Laboratory scientists created an Android app for detecting radiation -- and they tested it on several different smartphone models (Samsung Nexus S, Samsung Galaxy Nexus, Samsung SIII and LG Nexus 4).

The CellRAD app wasn't released to the public, but a similar app called Radiation Alarm works on the same functionality. It uses an Android's camera app to detect gamma radiation, as long as you follow the instructions closely (and keep the camera covered to get a reading).

There are apps I wish I'd had before the fires, and apps I've found that make me glad I'm installing them now. Climate change has made weather-alert apps completely invaluable. Weather Underground, Weather Channel, AccuWeather, RainAware and Hurricane by the American Red Cross would've helped me decide to get an air purifier in time, and will probably save me and my replicant cat before the next disaster.

It's too bad that IBM's mesh network weather-alert app isn't available in America yet, but I'm setting an alert to download it when it can help us out. This will negate the need to have cell service to get alerts, and I wonder how many lives it might've saved this year.

Should hurricanes hit San Francisco, or if Deckard comes looking for me and my friends, I've now got the Red Panic Button. This app sends email, text and GPS coordinates to trusted contacts in the event of an emergency, as well as notifying 911. The "ICE" app (In Case of Emergency) from American Red Cross keeps an unlocked medical alert on the lock screen of my phone, just in case.

While we're on the subject, the American Red Cross has its problems, but the apps it provides are invaluable. Those include a Shelter Finder app, a hurricane/wildfire/earthquake app and its first-aid apps. The medical-aid apps come in both human and pet versions, and they are stored offline should you end up without cell service and need to save a fellow replicant's life.

Some might say that Blade Runner was just a movie. But for the rest of us, it's suddenly a way of life, and also a guide to survival. Hopefully, this little guide helps, too.