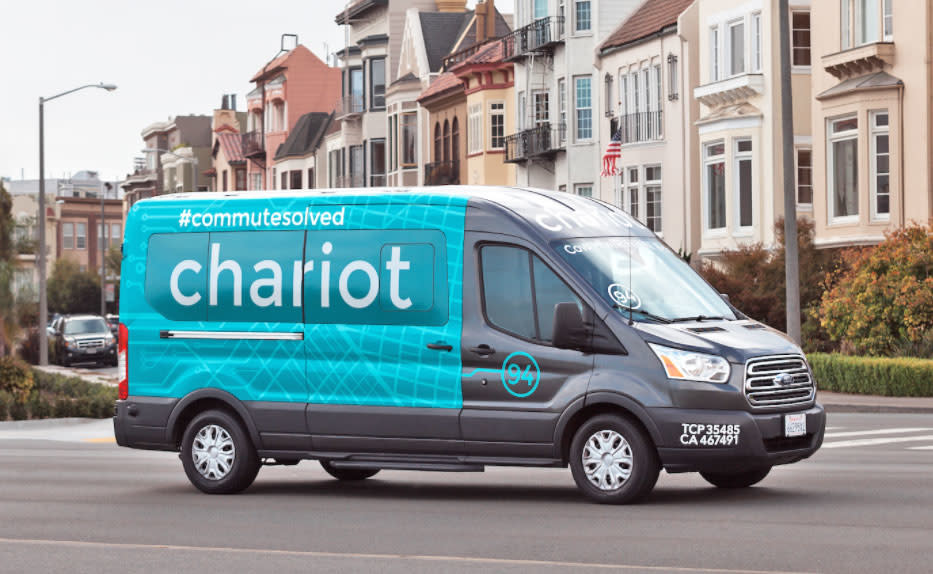 Chariot, an on-demand commuter van service owned by Ford, had to suspend it's operations in San Francisco due to compliance issues with the California Highway Patrol, according to the San Francisco Business Times.

TechCrunch reports that the CHP found Chariot drivers without the correct Class B drivers licenses during three separate inspections. A re-inspection was conducted on Thursday, which is likely why service has been suspended. The company tweeted that it hoped to resolve the issue quickly.

As most of you know, we had to pause our commuter service this afternoon. We again apologize and plan to resolve this disruption quickly.

Chariot, which also operates in other cities like Seattle, Austin, and New York City, has been looking to disrupt mass transit in San Francisco, an ambition somewhat thwarted this week when the city proposed rules to ban shuttles from driving along public transportation routes, said TechCrunch. While it's possible that Chariot will resolve the current licensing problem quickly, hopefully the company will have learned that it can't just operate without regard to local laws and regulations.

In this article: chariot, commuter, disruption, ford, gear, publictransportation, ridesharing, sanfrancisco, transportation
All products recommended by Engadget are selected by our editorial team, independent of our parent company. Some of our stories include affiliate links. If you buy something through one of these links, we may earn an affiliate commission.