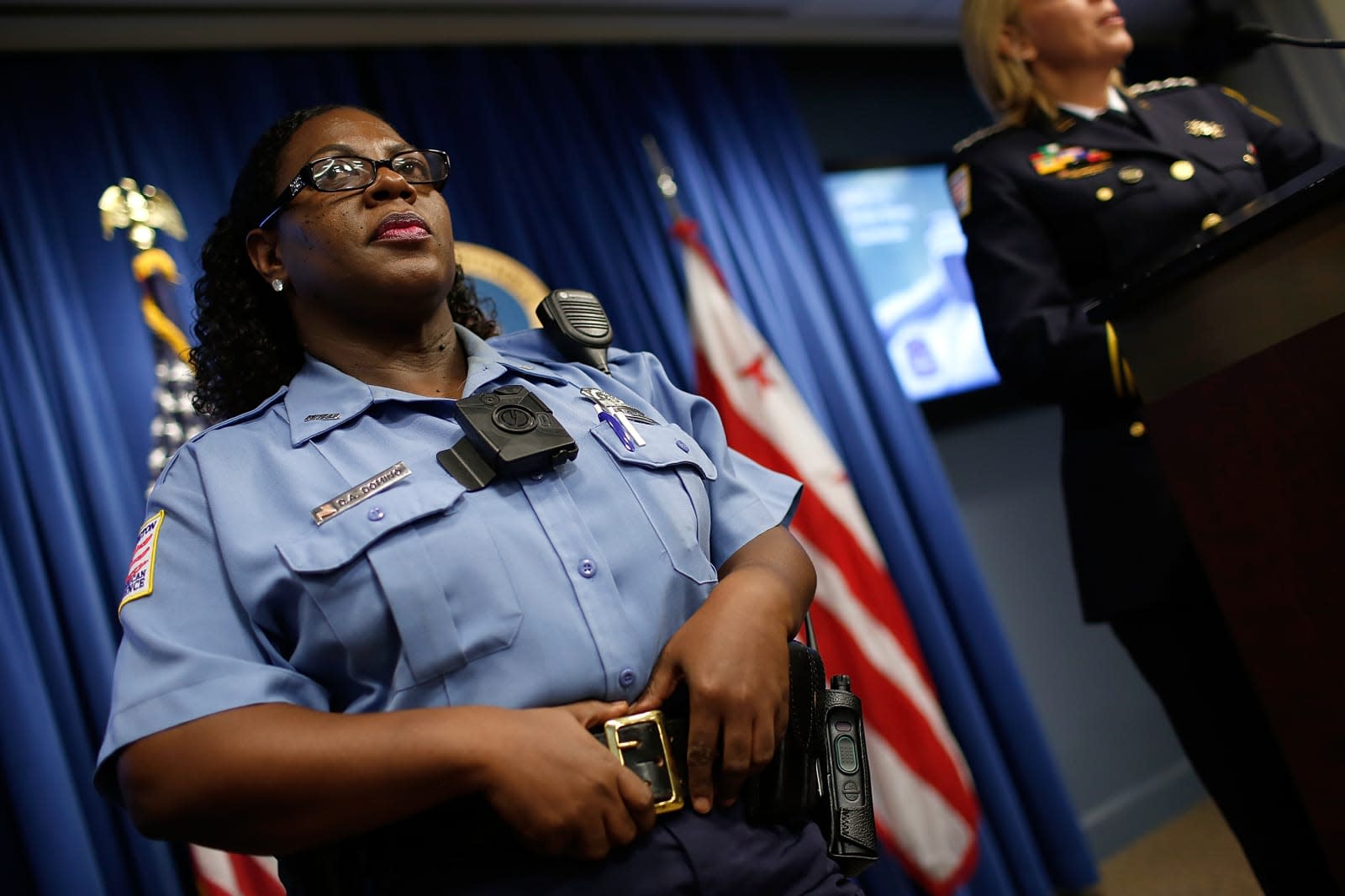 In theory, body cameras are supposed to not only catch police abuses of power, but deter them: officers will be on their best behavior knowing that they could be hauled in. As Washington, DC researchers have learned, though, that isn't guaranteed. They've published a study showing that body cameras didn't significantly affect officers' use of force or the number of civilian complaints in either direction. While there were actually 74 more uses of force per 1,000 officers when body cams were present, that's roughly consistent with a typical range of differences when the equipment comes into play. The changes could just easily be pinned on variances in crime rates, in other words.

This doesn't mean that body cameras are a waste, but the researchers believe that departments should "recalibrate" their expectations. A police force shouldn't expect body cameras to magically solve any problems with excessive uses of force -- rather, they're part of a larger strategy that includes better overall discipline and video from eyewitnesses.

As it stands, DC police may not be the best test case for body cameras. They've gone through years of federal supervision intended to boost their quality, and they have rigorous training and accountability systems in place. It'd be another story in departments that are relatively prone to police abuse. There have certainly been tangible improvements in some cities. And importantly, it's not so much about the quantity of incidents as averting or justifying particularly serious incidents. Body cams may justify themselves if they catch just one egregious example of abuse, or save an innocent officer.

This does hint that departments may want to hold off on body cameras, especially if it would squeeze their budgets. Also, the use of body cameras is only as good as the policies attached to them. If the video is not only private but accessible to officers, there's a chance they'll alter reports to match the footage. And of course, this assumes cops don't (or can't) turn their cameras off. In some cases, it may be wiser to skip the cameras in favor of policy reforms and improved training.

In this article: bodycameras, cameras, gear, lawenforcement, police, politics, science, transparency, washington, washingtondc
All products recommended by Engadget are selected by our editorial team, independent of our parent company. Some of our stories include affiliate links. If you buy something through one of these links, we may earn an affiliate commission.