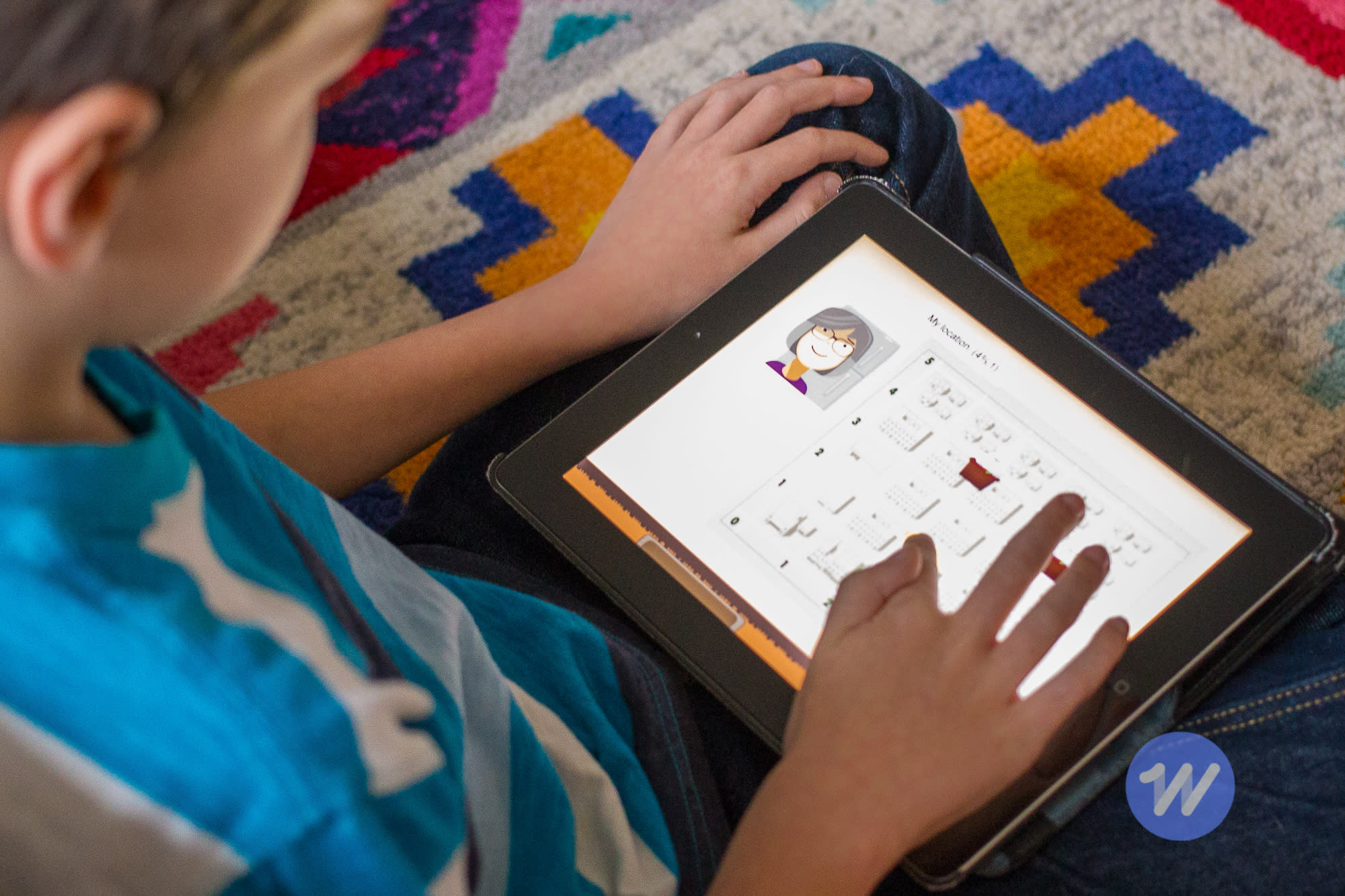 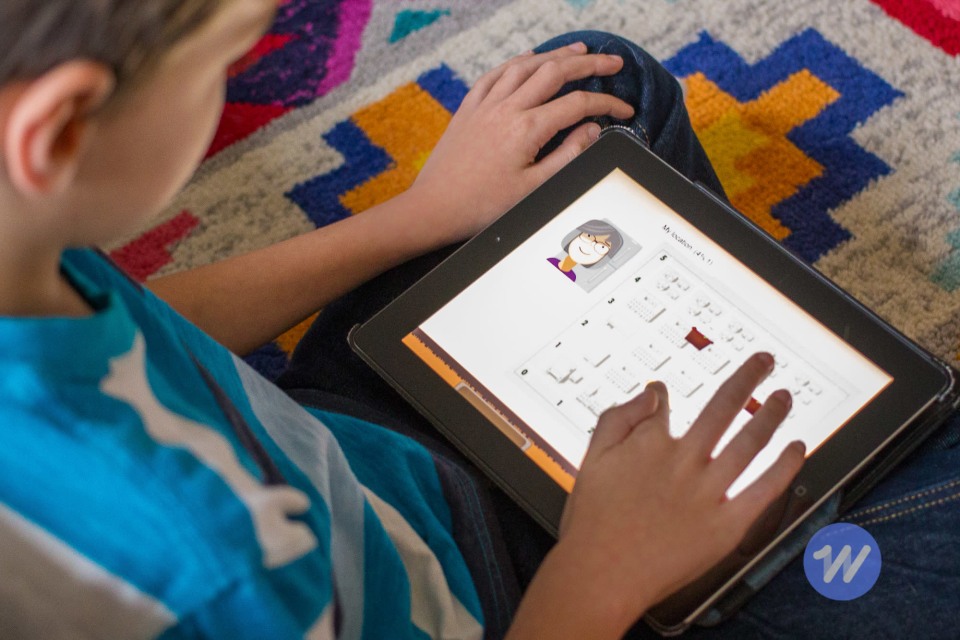 We spent over 25 hours researching and testing more than 35 educational and learning apps recommended by educators, experts, parents, and kids. We also studied research from child developmental psychologists and the American Academy of Pediatrics about children's app use and the pedagogical principles for creating learning apps. If your family has a tablet and you want it to be more than a game-playing and video-watching device, or if you're trying to find apps for your smartphone that will do more than keep your kids occupied in a pinch, we have some great suggestions.

To find the best learning apps, we sought recommendations from several experts, including Jennifer Auten, an award-winning teacher who's been using apps in the classroom since 2010; Björn Jeffery, CEO of kids-game developer Toca Boca; and representatives from Project Lead The Way, an education nonprofit that promotes STEM curricula. We also talked with an astronomer, a programmer, and several parents on our staff about the apps their kids love. Finally, we read reports on learning app efficacy from several educational foundations and child development psychologists.

We focused primarily on apps aimed at kids 3 to 8 years old, and looked for these features as recommended by the experts we spoke to: Motion Math is one of the few learning-app companies whose games have been shown in a peer-reviewed study to improve students' math comprehension and scores. Three Motion Math games we tested—Hungry Fish, Pizza, and Questimate—build skills in addition and subtraction (helping fish gobble the right numbers), economics (running a pizza shop by budgeting, buying ingredients, and pricing pizzas), and estimation (making up and then answering questions about animals, geography, and sports).

Bedtime Math seeks to do for math what the bedtime story does for literacy, by turning math into a bonding ritual between child and caregiver. The free app offers daily math questions designed to foster inquiry, conversation, and group problem-solving that increases math confidence in both children and adults. Jennifer Auten told us she likes that the questions are written at a middle-school reading level, meaning an adult facilitates the discussion but you have a choice of four levels of difficulty based on the child's age and math level.

DragonBox Numbers, aimed at kids 5 and up, introduces number sense, addition, and subtraction through cute characters called Nooms. Kids feed, slice, and sort the Nooms, developing familiarity with addition, subtraction, fractions, and ranges. Continuing in the quest-and-puzzle theme, DragonBox also offers DragonBox Elements, a game for kids 8 and up that turns Euclidean geometry into an adventure. The app does a surprisingly effective job of taking kids on a tour of Euclid's Elements, the classic 13-volume work that lays out the basic principles of geometry, setting each stage of the game as a clever adaptation of one of Euclid's proofs. Many great apps teach coding to kids of all ages, but the four we've highlighted offer unique features or are particularly easy for kids to jump into.

The Osmo iPad games, which require a base system (a stand and a mirror that attaches to the iPad's camera), ask kids to use physical game pieces—representing shapes, words, numbers, and more—to play games on the iPad's screen. The Osmo Coding game uses bricks marked with commands, arrows, numbers, and loops that kids arrange into "scripts" to direct a cute character through mazes and challenges. The physical pieces and the game structure mean that kids don't need to be able to read and write to begin learning the basics of programming.

In Lightbot, kids solve a series of simple puzzles by lining up commands that make a robot advance over obstacles and light up squares. As kids master basic concepts, they add more-complex commands, such as conditionals, loops, and nested statements. Lightbot Jr follows a similar structure but at a slower pace and with simpler challenges that focus on reinforcing the basics. A minimal amount of reading is required, so pre-readers may need adult help at the beginning.

The Lightbot apps don't teach a coding language, but we think that's a positive feature: Once kids get the hang of the basics, they can explore apps that offer more-complex games and let them create their own projects by writing actual code.

Since it debuted in early 2016, Swift Playgrounds has been praised for presenting a fun, intuitive interface for kids roughly 8 and up—and motivated adults—to learn to code using Apple's Swift programming language. Swift Playgrounds moves slowly through skill-building lessons that introduce concepts while also letting you write real code. Swift Playgrounds requires the ability to read and to enter instructions and commands, so it's suited for kids at a third-grade reading level or higher, or for use with a parent. Tinybop's Space app, with sparse text and beautiful graphics, is accessible for kids as young as 3 to explore the sun, planets, moon, and galaxy. Photo: Chris Heinonen

Jana Grcevich, an astronomer and author who recently completed a postdoctoral fellowship at the American Museum of Natural History in New York, has enjoyed the Professor Astro Cat app, along with the popular book series it's based on, with her 6-year-old niece. Kids explore the app much like they would read a book, delving into facts, illustrations, and animations about planets, moons, stars, and space exploration. At various points, quizzes and other challenges let you earn sardine treats for Professor Astro Cat, keeping the app lighthearted. Because it requires some reading, we think this is most appropriate for the 8 to 12 range.

With sparse text and beautifully illustrated graphics and animations, Space from Tinybop allows kids as young as 3 to explore the sun, planets, moon, and galaxy. Kids witness raging volcanos and explosive gases on Venus, a curious rover inspecting the surface of Mars, and ice and rock rotating in Saturn's rings. Kids can compare the size and weight of the planets, and look for little delights like finding astronaut poop on the surface of the moon, and dropping pianos and balloons and tin cans into Jupiter's Great Red Spot.

Also from Tinybop, The Human Body presents kids with an explorable human body that is neither cartoonish nor gory. You can toggle on or off the text labels that identify the systems and organs, but no reading is required to get deep into the app. Kids can watch a mouth chew food and swallow drink, slide into a stomach breaking down food, and follow flashing nerve signals as they race up to the brain. The app is aimed at ages 6 through 8, but younger kids who are building familiarity with anatomy and the body can easily interact with the organs and systems. Created by electronic-music pioneer Morton Subotnick, Pitch Painter gives you a blank canvas on which you can "finger paint" musical notes. You select from instrument groupings representative of different musical cultures, and dab and swipe notes across the screen. As you layer instruments, the basic principles of note value, scales, and melody are visually illustrated on the screen. It's a novel way to introduce kids aged 3 to 5 to open-ended musical experimentation and to the sounds of instruments from around the world, even if they can't yet read music.

Toca Tea Party from Toca Boca turns an iPad into a digital tea party, and the app is notable above all in its restraint: You get a few choices (tablecloths, dishes, and treats) for setting your tea table, and the rest is up to your imagination. It has no objective beyond pouring drinks, munching treats, and wiping up spills, and the app has a built-in end point: Once you've eaten the treats, the table clears itself and the dishes drop into a sink, ending the party. The app merely sets a scene, and the primary play comes from the conversation (whether with real-life or imaginary companions) and the pretending that accompany it.

In this article: av, coding, gadgetry, gadgets, gear, Lightbot, MotionMath, Osmo, partner, services, space, swiftplaygrounds, syndicated, Tinybop, TocaBoca, wirecutter
All products recommended by Engadget are selected by our editorial team, independent of our parent company. Some of our stories include affiliate links. If you buy something through one of these links, we may earn an affiliate commission.