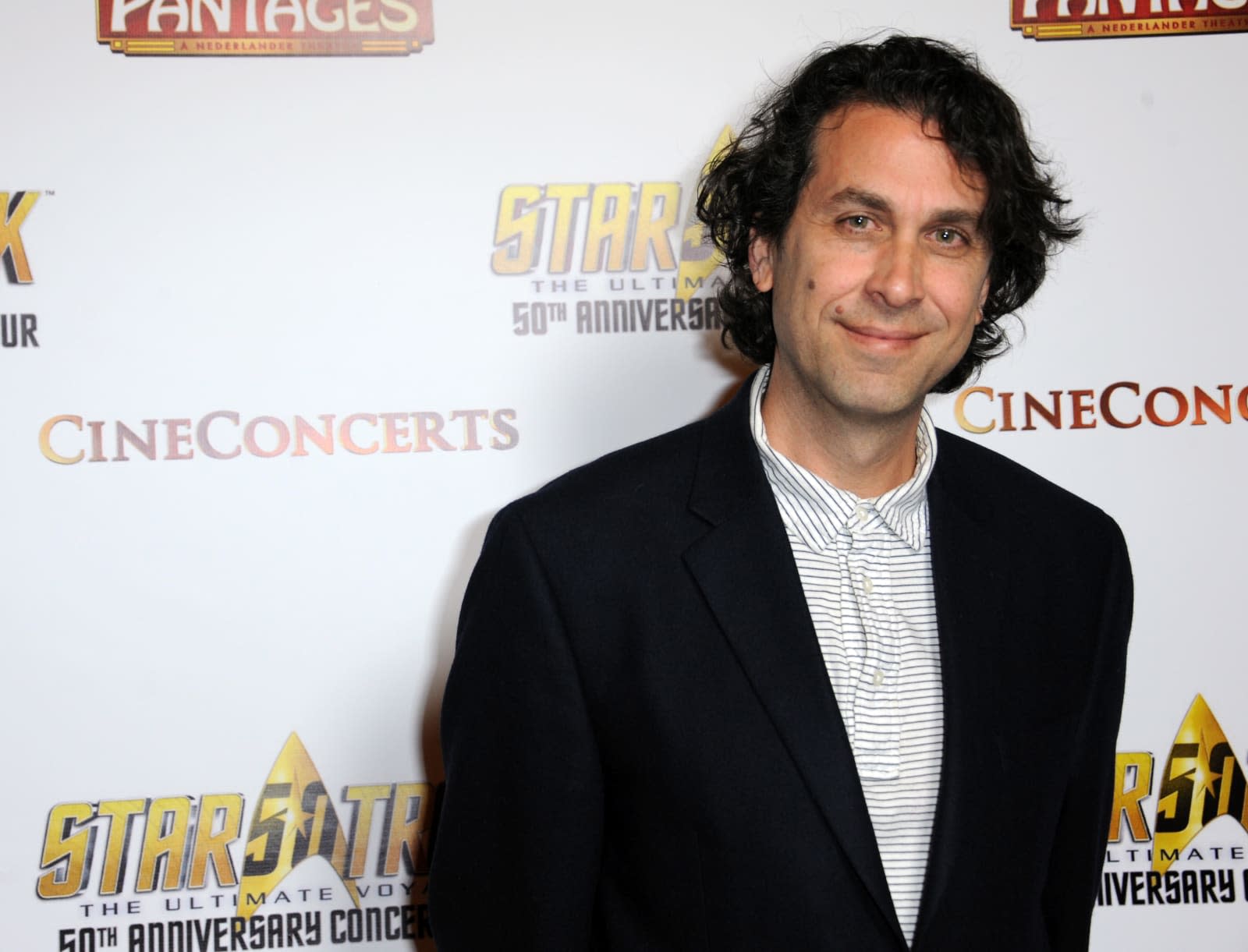 Cliff Eidelman (pictured) famously penned the ominous score for Star Trek: The Undiscovered Country after (first pick) James Horner was too expensive. Now, the composer has revealed that he was in the running to produce the soundtrack for Star Trek: Discovery. The job eventually went to Jeff Russo, but Eidelman chose to continue working on the project since he was never tied down to a contract. As a consequence, the musician has published a four-track look into an entirely different form of theme for the series.

The backstory here is that Bryan Fuller, the producer CBS tasked with reviving Star Trek, was looking for a composer for the show. Nicholas Meyer, who had previously been Trek's savior in the early '80s, recommended Eidelman. Fuller engaged in informal talks with the composer, asking if he would scratch out a concept for a theme and music for the first episode. But because no paperwork was signed, when Fuller dropped out of the show, Eidelman was cast aside.

"New people came in and they went in a different direction. The reason I was there was because of Bryan Fuller, and when he left I kind of went with him and wasn't kept on. I was not signed on. I was never hired or engaged formally. I was just encouraged."

The lack of a formal agreement has enabled Eidelman to polish and release Into the Unknown, a four-track EP of music that was intended for Discovery. As TrekMovie, which broke the story, reports, the other tracks would have possibly been used during the Battle at the Binary Stars. Sure, we'll never know for certain if, had Fuller stayed on, Eidelman's music would have been adopted for Discovery proper. But it's a nice peek into an alternative universe where other the show wasn't blighted with a super generic theme song.

Oh, and we're expecting some wag to splice together Discovery's current title sequence with this theme in 5... 4... 3...

In this article: av, BryanFuller, CliffEidelman, entertainment, gear, internet, Music, NicholasMeyer, RejectedScore, StarTrek, StarTrekDiscovery, Theme
All products recommended by Engadget are selected by our editorial team, independent of our parent company. Some of our stories include affiliate links. If you buy something through one of these links, we may earn an affiliate commission.