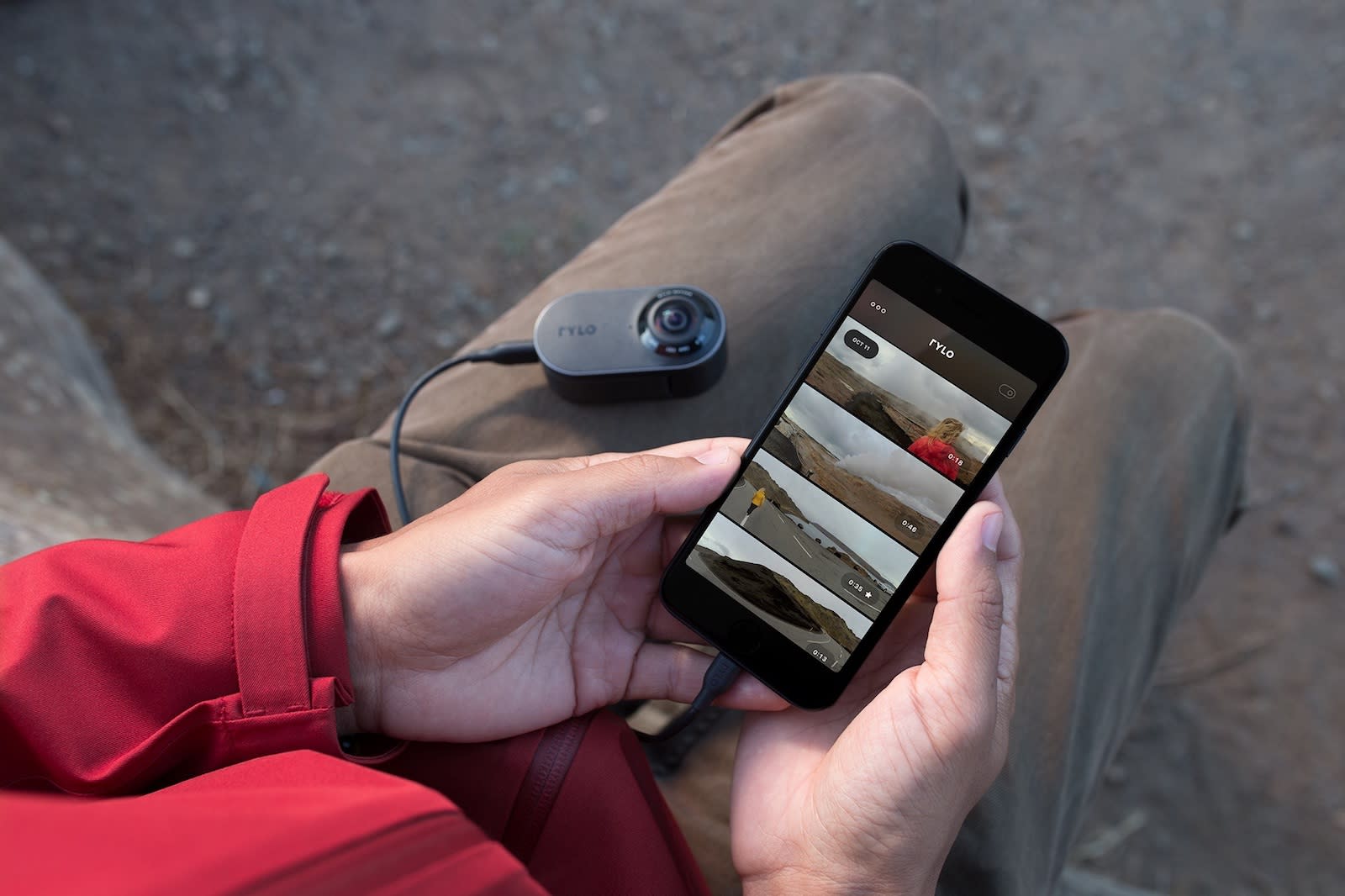 There are quite a few 360-degree cameras on the market now and they cover a range of needs. For professionals and major VR buffs, there's the Samsung 360 Round and for more casual videographers there are a slew of options from companies like Ricoh Theta, Garmin and Samsung. But there's now a growing market for those wanting to shoot high quality 360-degree video and decide later on during editing what images to focus on and what to cut out, minimizing how much effort is required during the actual video-capturing process. For that, there's the GoPro Fusion, the Insta360 and, as of today, the Rylo.

Rylo has two 208-degree wide-angle lenses that capture your entire surroundings in 4K resolution. Its stabilization technology even allows you to carry the camera while shooting and still get a smooth image. To edit your video, plug it into your iPhone and use the companion app to easily find what frames you want to include in your HD video or alternatively, download the whole thing for a fully immersive 360-degree viewing experience. You can then easily post your videos on Instagram, Facebook or share them directly with others.

What is probably Rylo's main attraction, however, is the freedom it allows users when it comes to shooting and editing video. Since it captures everything, users don't have to worry about focusing on anything in particular while using the camera. Instead, Rylo's software lets you figure that out later. You can simply swivel the view around until you find the direction you want included in your final video, but you can also pick points of interest that the camera will then automatically follow. For example, the Rylo cofounders showed the Verge that a video taken from the roof of a car while it drove across the Golden Gate Bridge could be directed to focus on one of the bridge's arches. After setting it as a point of interest, the resulting video then smoothly tracked it as the car drove up to, underneath and past it.

Rylo is designed by engineers that worked on Apple's cameras as well as the Instagram app Hyperlapse. The camera is available now and priced at $499, right in between the GoPro Fusion and Insta360, which are $700 and $300, respectively. As of now, it's only available for iPhone, but an Android version of the app is in the works.

In this article: 360DegreeCamera, 360round, 4k, apple, cameras, design, facebook, gadgetry, gadgets, garmin, gear, goprofusion, hyperlapse, insta360, instagram, RicohTheta, rylo, samsung, video
All products recommended by Engadget are selected by our editorial team, independent of our parent company. Some of our stories include affiliate links. If you buy something through one of these links, we may earn an affiliate commission.