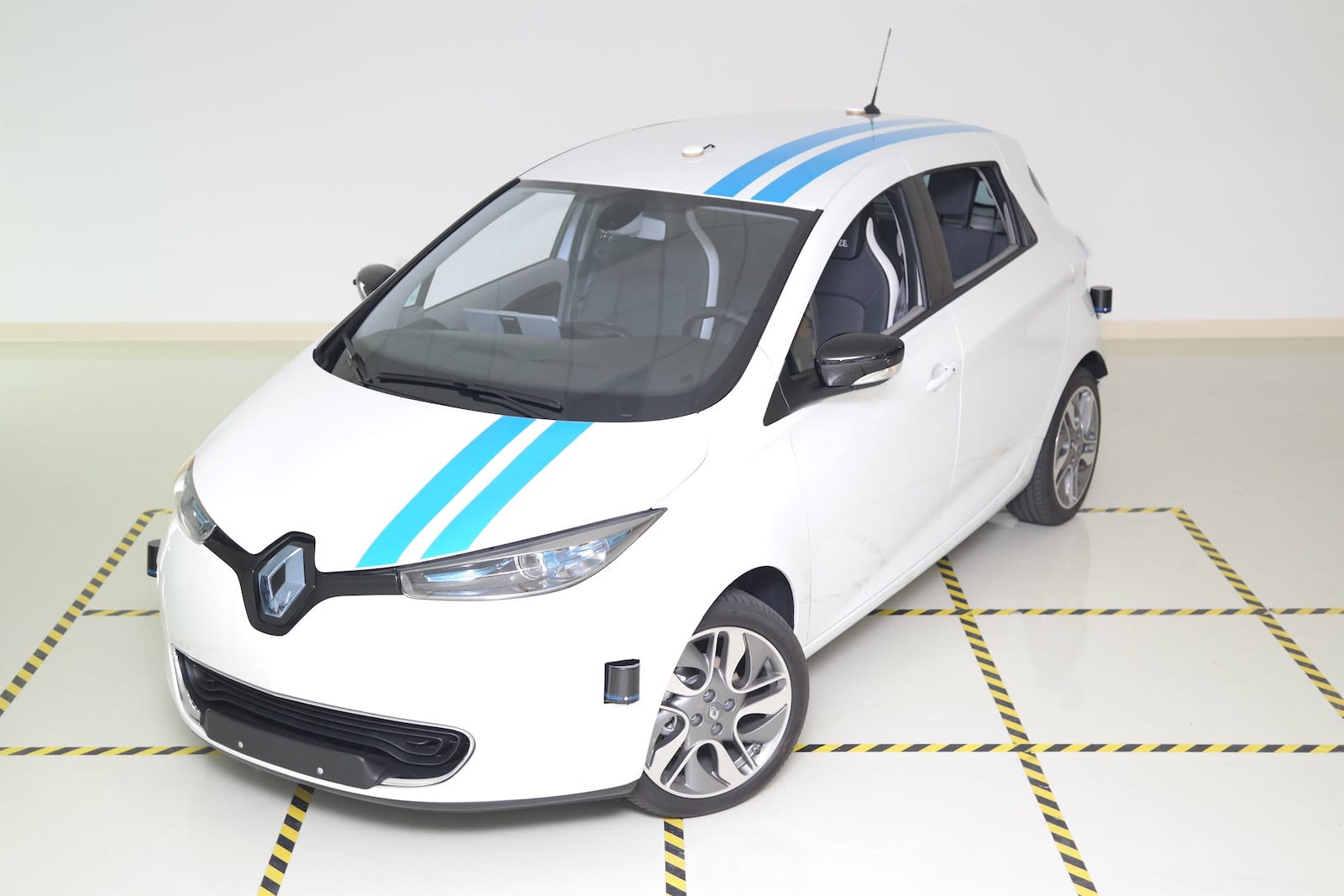 The Renault Group announced today that its autonomous vehicle control system can avoid obstacles just as well as professional test drivers. The company said that in designing the system, it was actually inspired by these drivers' abilities and used them as a sort of benchmark as to what level its technology should be performing.

"Despite popular belief, the reality is that human beings are pretty amazing drivers, with less than one fatality per 100,000,000 kilometers in most developed countries," Simon Hougard, director of the Renault Open Innovation Lab, wrote in a Medium post. "Reaching and exceeding that benchmark is essential to improve safety and realize our dreams of autonomous cars, providing more productivity during our morning commutes and robo-vehicle services in city centers."

The technology is a result of Renault's collaboration with Stanford University Dynamic Design Lab Director Chris Gerdes, who's also a former US Department of Transportation Chief Innovation Officer, and Renault says it will help with its goal to be one of the first companies to bring "mind off" technology to the public. At what speeds the system can maintain that accuracy isn't quite clear, but a demo that TechCrunch was able to take part in was working at speeds below 30 mph. The avoidance capabilities were tested in Renault's autonomous Zoe prototype -- dubbed Callie -- and you can check them out in the video below.

Successfully avoiding objects will be a necessary feature of any autonomous system and while the slew of companies working on bringing their own versions to the market are all tackling that problem, some have found some surprises during the process. For example, Volvo recently discovered that its self-driving cars get tripped up by kangaroos and their hopping.

Renault says it's still working on the system but that it should be useful in the 15 Renault vehicles and 40 Renault-Nissan-Mitsubishi Alliance vehicles with autonomous technology that it hopes to have on the market by 2022.

In this article: AutonomousVehicles, DepartmentOfTransportation, design, gadgetry, gadgets, gear, mitsubishi, renault, renault-nissan, RenaultZoe, Self-drivingCar, StanfordUniversity, transportation, video, volvo
All products recommended by Engadget are selected by our editorial team, independent of our parent company. Some of our stories include affiliate links. If you buy something through one of these links, we may earn an affiliate commission.