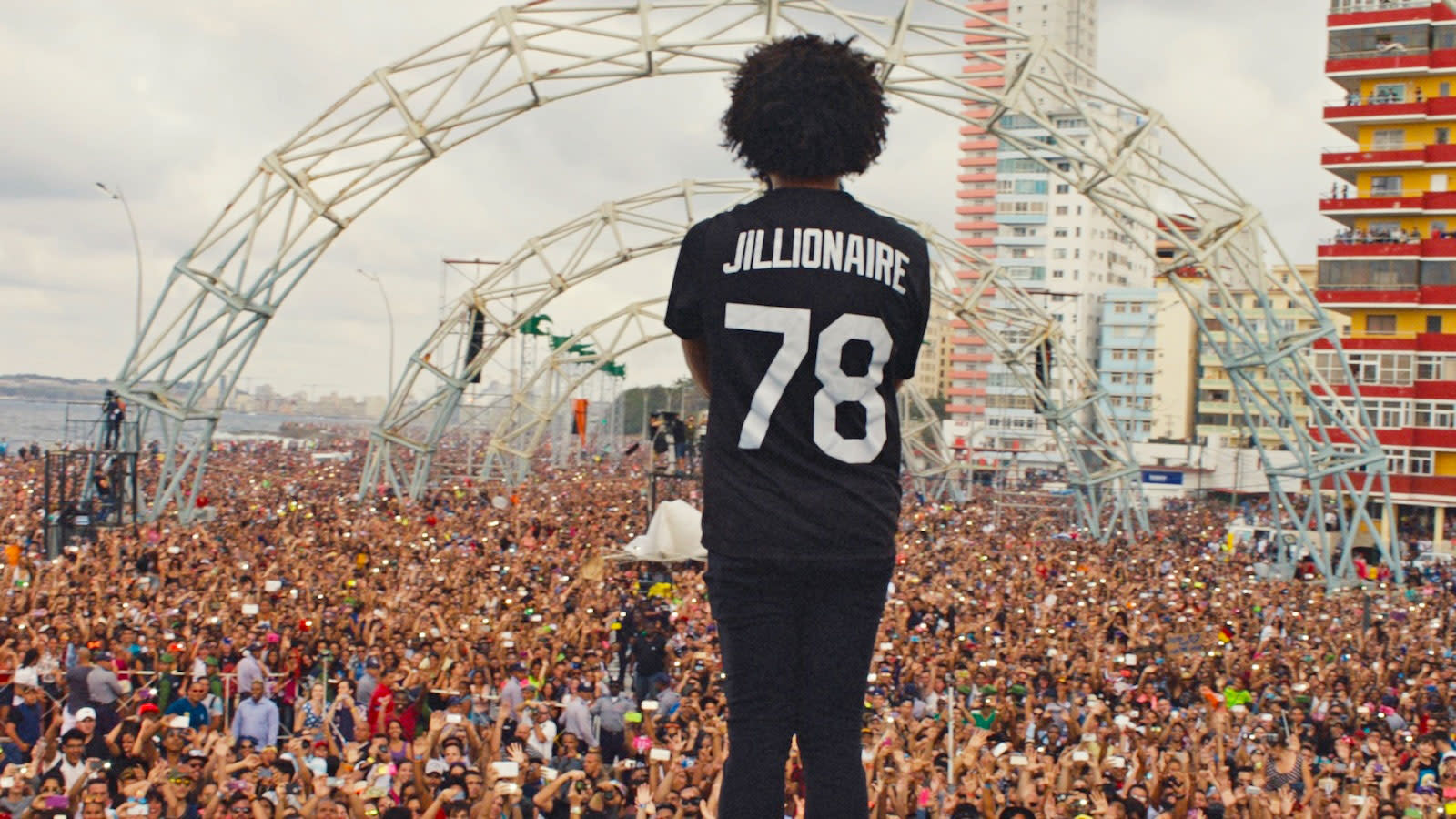 A new music documentary begins streaming today on Apple Music. Give Me Future chronicles Major Lazer's 2016 concert in Havana, Cuba -- the first to be put on by major American artists since the US restored diplomatic ties to the country in 2015. The group, made up of Diplo, Walshy Fire and Jillionaire, performed for 400,000 people in the country's capital, the planning for which and the performance were documented by director Austin Peters.

Give Me Future adds to Apple's growing stock of exclusive music-focused documentaries, which include features on artists like Taylor Swift, Pink, Harry Styles and Niall Horan. It has also released films on producer Clive Davis, the Cash Money record label, songwriter Bert Berns and the history of the iconic 808 drum machine.

Along with the film, which made its premiere at Sundance, Apple is also releasing a companion album featuring music from Major Lazer and each of its artists, Cuban artists that appear in the documentary and others including Herizen Guardiola and Sean Paul. The album, Major Lazer Presents: Give Me Future - Music From and Inspired by the Film, is available on Spotify, Apple Music, YouTube, iTunes, Soundcloud and Google Play. Give Me Future is available to Apple Music subscribers today -- you can check out the trailer below and stream it here.

In this article: apple, applemusic, art, av, bertberns, cashmoney, clivedavis, concert, cuba, documentary, entertainment, HarryStyles, internet, majorlazer, niallhoran, pink, services, TaylorSwift, video
All products recommended by Engadget are selected by our editorial team, independent of our parent company. Some of our stories include affiliate links. If you buy something through one of these links, we may earn an affiliate commission.