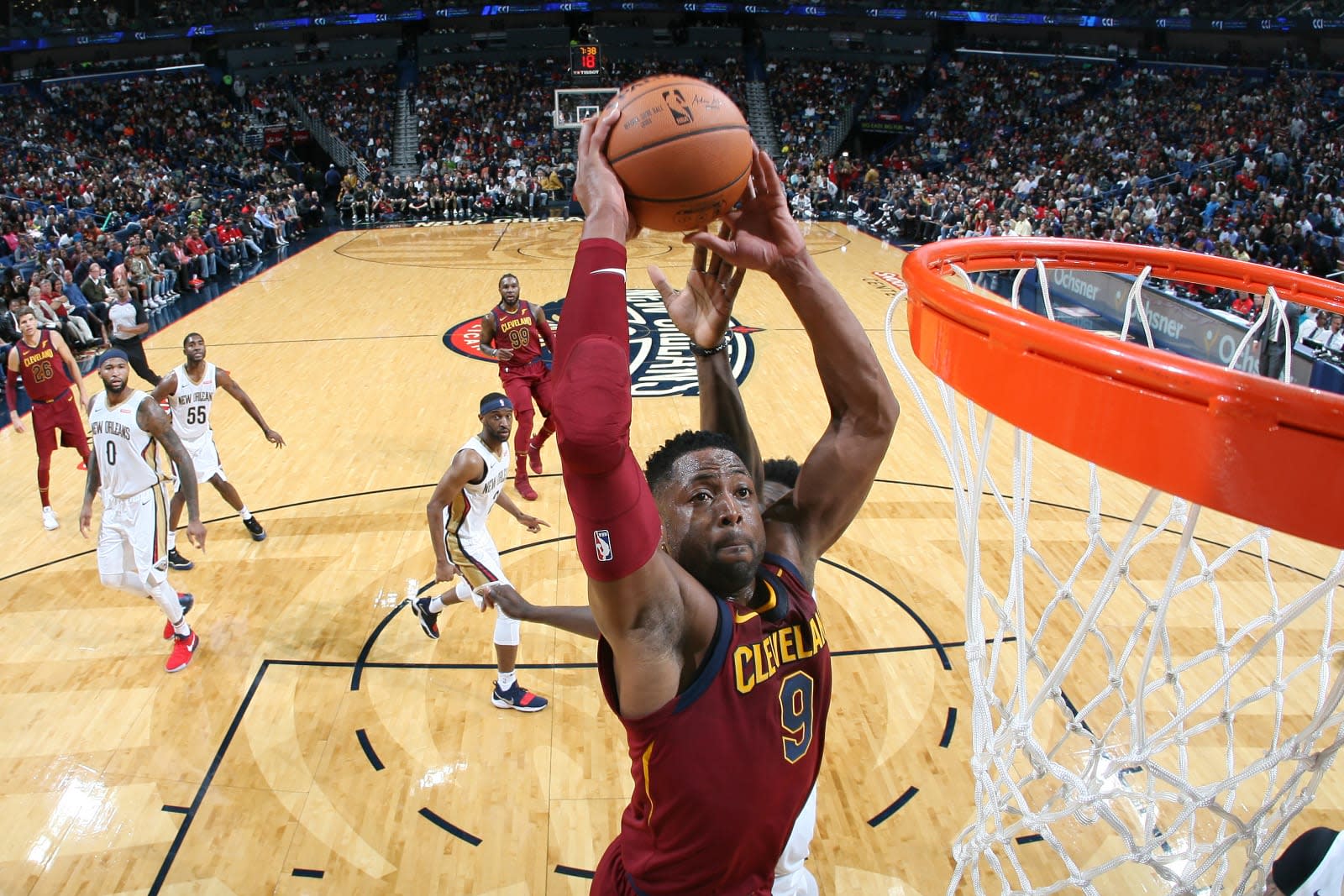 Facebook's next pro athlete-centered show will feature the Cleveland Cavaliers' Dwyane Wade. The five-part series will premiere on November 20th and will show what keeps Wade busy when he's off the court. BackCourt Wade follows the three-time NBA champion as he attends Paris and Milan fashion weeks, tries to learn golf and manages his businesses.

Facebook already has a show featuring LA Laker Lonzo Ball, his father LaVar and his two brothers -- a series called Ball in the Family that was recently renewed for a second season. It also has a eight-part reality series starring Oakland Raiders running back Marshawn Lynch, and all of these shows complement the platform's growing slate of sports coverage.

Each episode of BackCourt Wade will air on consecutive Mondays beginning next week. You can take a peek at the show in the trailer below.

In this article: av, backcourtwade, ballinthefamily, DwyaneWade, entertainment, facebook, FacebookWatch, internet, LavarBall, LonzoBall, marshawnlynch, nba, NFL, RealityShow, sports, video
All products recommended by Engadget are selected by our editorial team, independent of our parent company. Some of our stories include affiliate links. If you buy something through one of these links, we may earn an affiliate commission.