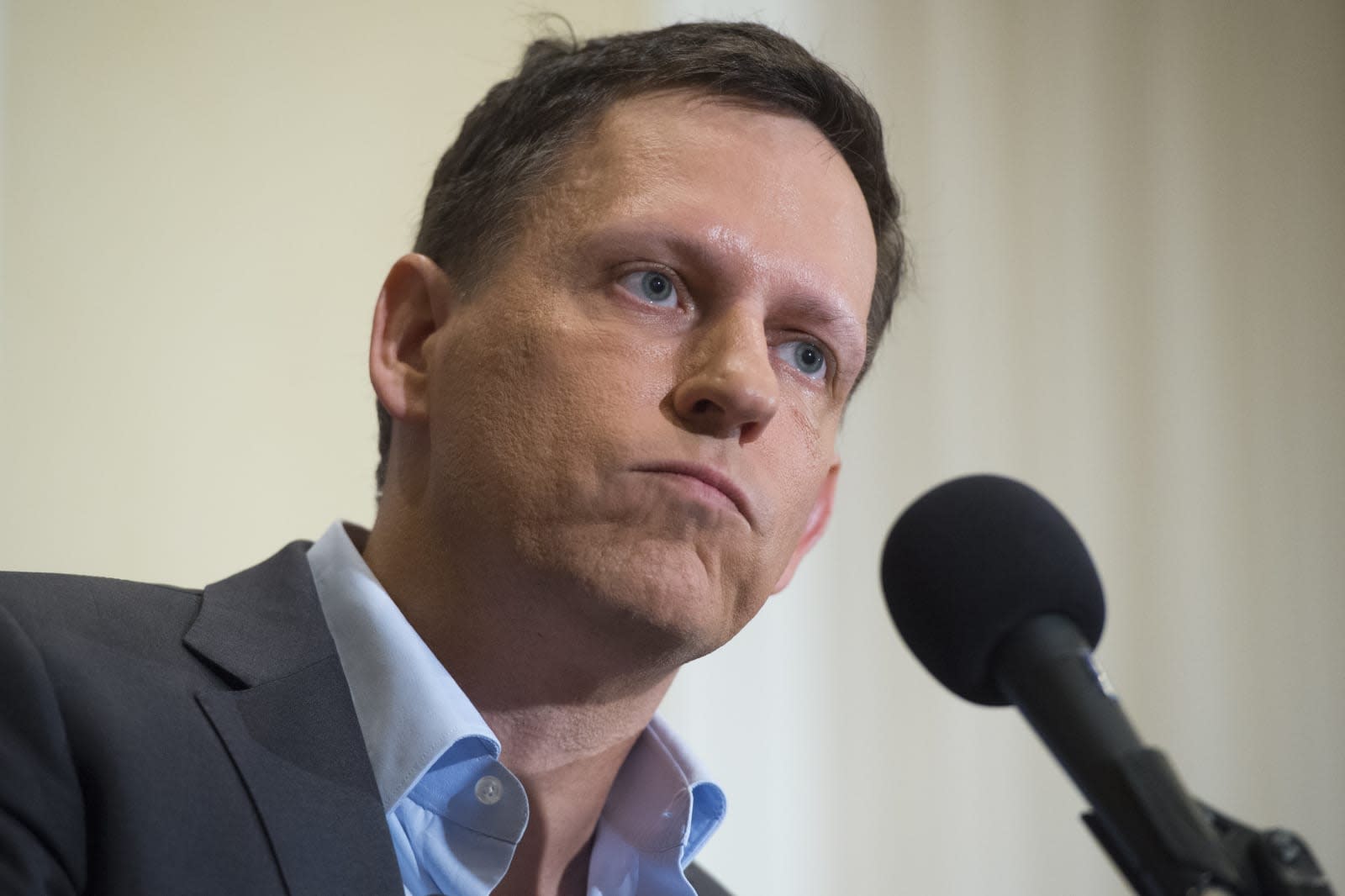 It's safe to say that Peter Thiel's relationship with the tech industry has been... contentious. His wealth and willingness to invest have made him highly influential, but his eagerness to stifle media criticism and (at least for a time) support President Trump have put him at odds with a Silicon Valley culture that values things like immigration and renewable energy. However, it looks like he won't play as large a role as he once did. Gab and BuzzFeed News have discovered that Y Combinator, the primarily tech-focused startup incubator, quietly cut ties with Peter Thiel. His 2015 introductory post at Y Combinator now includes a message saying Thiel is "no longer affiliated" with the accelerator. It's not certain when this happened, but modifications to the post's web code last took place on October 30th.

The BuzzFeed sources raise the possibility that his exit could have come sooner. They say that Y Combinator ended its part-time partner program (in which Thiel was involved) sometime in 2016. Other partners moved to an "expert" program to advise startups, but Thiel didn't follow them.

It's not clear why the relationship is over. Both Thiel and Y Combinator president Sam Altman have declined to comment. However, it's not as simple as assuming that his political affiliations led to his departure, as Gab speculated. Altman was vocal in defending Thiel's involvement, arguing that diversity of ideas was "painful but critical to the health of a democratic society." And he's not alone in Silicon Valley -- Facebook defended keeping Thiel on its board for similar reasons. As it stands, Thiel himself has partly distanced himself from Trump, warning that his presidency might end "in disaster." This doesn't rule out a political motivation, but it could also be a simple business decision.

Whatever the reason, the move partly defuses some of the tension created by keeping Thiel involved in Y Combinator. The venture capital firm can spend less time grappling with political questions and more time backing fledgling tech companies.

In this article: business, donaldtrump, gear, internet, investment, peterthiel, politics, trump, VentureCapital, yahoo, ycombinator
All products recommended by Engadget are selected by our editorial team, independent of our parent company. Some of our stories include affiliate links. If you buy something through one of these links, we may earn an affiliate commission.