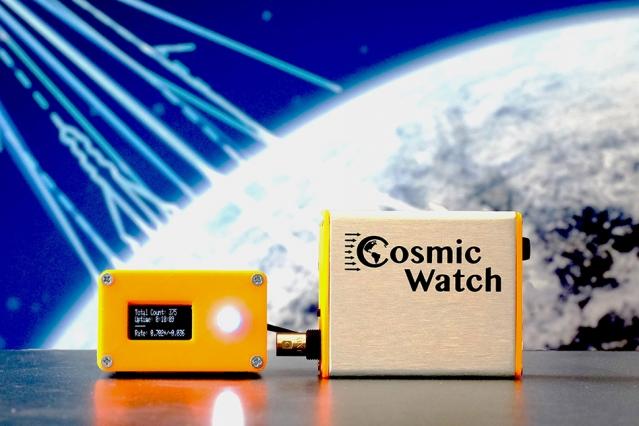 Scientists at MIT have designed a pocket-sized muon detector that can be easily made with common electrical parts, meaning anyone can kit themselves out with legitimately-functional Ghostbusters-esque gear for less than $100. The device detects the charged particles -- muons -- that come from the high-energy cosmic rays blasted from supernovae beyond the solar system. These particles last only a fraction of a second but can be found in every layer of the planet's atmosphere, with some even penetrating the Earth's surface and burrowing into rock and ice.

The device was originally intended as a miniature add-on to IceCube, the enormous particle detector buried deep in the South Pole, to help scientists sift out muons in their hunt for neutrinos, but the research team quickly realised its potential as a learning tool. The team has helped supply nearly 100 detectors to high school and college students, and has set up outreach program CosmicWatch, which lists the parts needed for the detector as well as instructions on how to build it, which should take an average high school student about four hours.

The team says it has plans to develop the device for use in muon tomography, which uses the distribution of muons to create 3D images of material surrounding the detector. This technique was famously used to search for hidden chambers in the Pyramid of Chephren, in Giza. Until then, though, would-be scientists can just have fun learning about esoteric physics while looking really cool.

In this article: CosmicWatch, esoteric, IceCube, MIT, muon, particlephysics, physics, solarsystem, space, supernova, tomography
All products recommended by Engadget are selected by our editorial team, independent of our parent company. Some of our stories include affiliate links. If you buy something through one of these links, we may earn an affiliate commission.