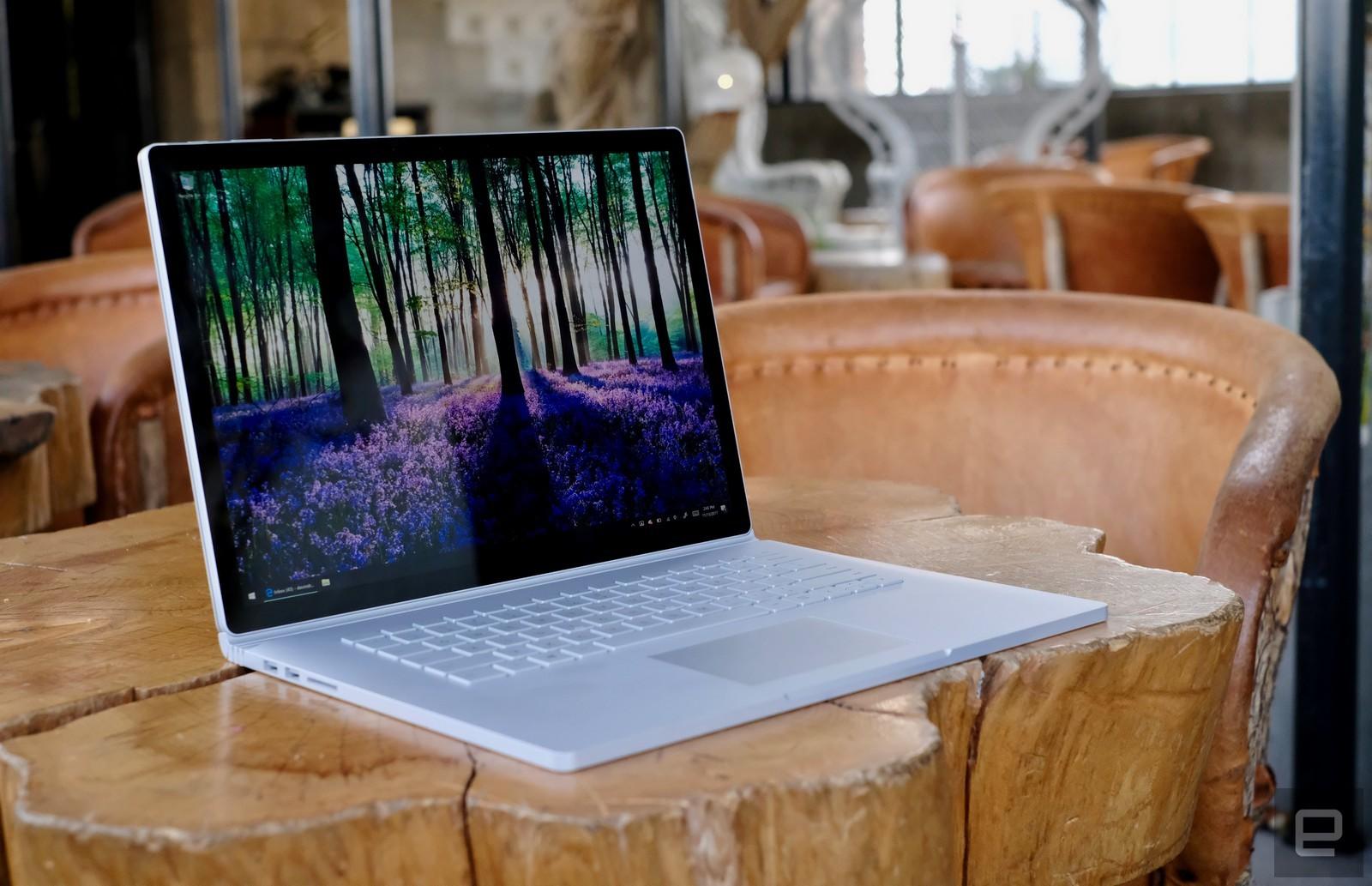 The Surface Book 2 is aimed at graphic pros, but with a stout NVIDIA 1060 GPU, it's a tempting gaming machine, too. As we observed during our review, gaming drains the battery pretty fast, though. Worse, The Verge noticed that the power supply can't actually charge the battery fast enough to prevent it from draining in some cases. A Microsoft spokesman has confirmed to The Verge that "in some intense, prolonged gaming scenarios with Power Mode Slider set to 'best performance' the battery may discharge while connected to the power supply."

The Surface Book 2 has two separate batteries, one located in the screen and one in the keyboard base. The base is also where the optional NVIDIA 1060 GPU is located, as you normally don't need mega-graphics power in tablet mode.

To let you choose between performance and battery life, the Surface Book has a range of power settings. If you're doing video editing or other GPU intensive tasks, you can crank it up to "best performance" to activate the NVIDIA GPU and get more speed. Battery drain is normally not an issue with graphics apps because the chip only kicks in when needed.

Surface Book 2 users probably don't expect their battery to drain down while it's plugged in, even while gaming.

You'll also need the "best performance" setting for GPU-intensive games, as they'll slow down or drop frames otherwise. The problem is that select titles like Destiny 2 use the NVIDIA chip nearly continuously, pulling up to 70 watts of power on top of the 35 watt CPU. Unfortunately, the Surface Book comes with a 102-watt charger, and only about 95 watts of that reaches the device, the Verge points out.

Microsoft says that the power management system will prevent the battery from draining completely, even during intense gaming, but it would certainly mess up your Destiny 2 session. It also notes that the machine is intended for designers, developers and engineers, with the subtext that it's not exactly marketed as a gaming rig.

However, Surface Book 2 users probably don't expect their battery to drain down while it's plugged in, even while gaming. I could also envision problems for video pros doing hours-long, continuous MP4 exports using Premiere CC's NVIDIA-powered Mercury Playback Engine, for instance. Considering that, using such a small power supply seems like a big tradeoff to save some weight. We've reached out to Microsoft for more information.

In this article: Charging, Convertible, Gaming, gear, microsoft, NVIDIA1060, personal computing, personalcomputing, PowerSupply, SurfaceBook2
All products recommended by Engadget are selected by our editorial team, independent of our parent company. Some of our stories include affiliate links. If you buy something through one of these links, we may earn an affiliate commission.