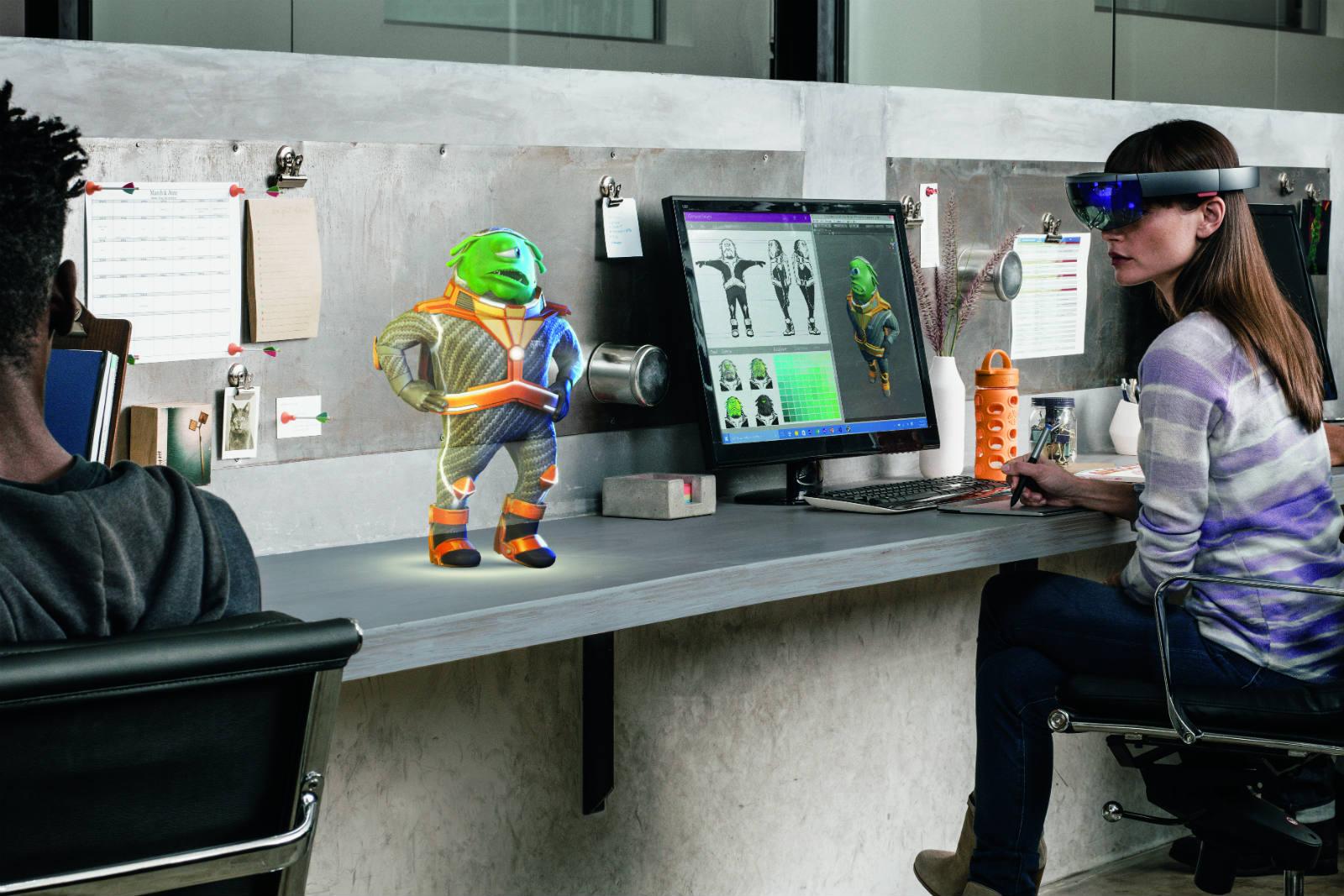 Microsoft's HoloLens has hit a legal speed bump. The mixed-reality device, which is gaining traction with businesses, is at the center of a patent infringement lawsuit filed by HoloTouch. The Connecticut-based company alleges that HoloLens infringes on two of its patents -- dating back over a decade -- relating to its holographic imaging tech. HoloTouch is now seeking a jury trial and triple damages (although a specific amount hasn't been outlined), claiming that Microsoft "wilfully" knew about its patented technology for years.

In its filing, the company says it first approached Microsoft for a partnership in 2006, but never got a response. The tech giant then, allegedly filed its own patent in 2013, citing HoloTouch's patents as "prior art," showing that it was aware of them. HoloTouch says it again reached out to Microsoft in 2015, and then in 2016, to discuss a licensing agreement for the patents, to no success.

We've seen the kind of financial damage patent holders can do to big firms in their quest to for cash. And, it sounds like HoloTouch is about to go on the warpath. The company claims that others are also using its tech, which lets users interact with machines using holographic images. Plus, its patents go beyond the US to encompass Australia, Canada, Japan, and the UK.

In this article: gear, hololens, lawsuit, microsoft, microsofthololens, PatentInfringement, PatentInfringementLawsuit, wearables
All products recommended by Engadget are selected by our editorial team, independent of our parent company. Some of our stories include affiliate links. If you buy something through one of these links, we may earn an affiliate commission.