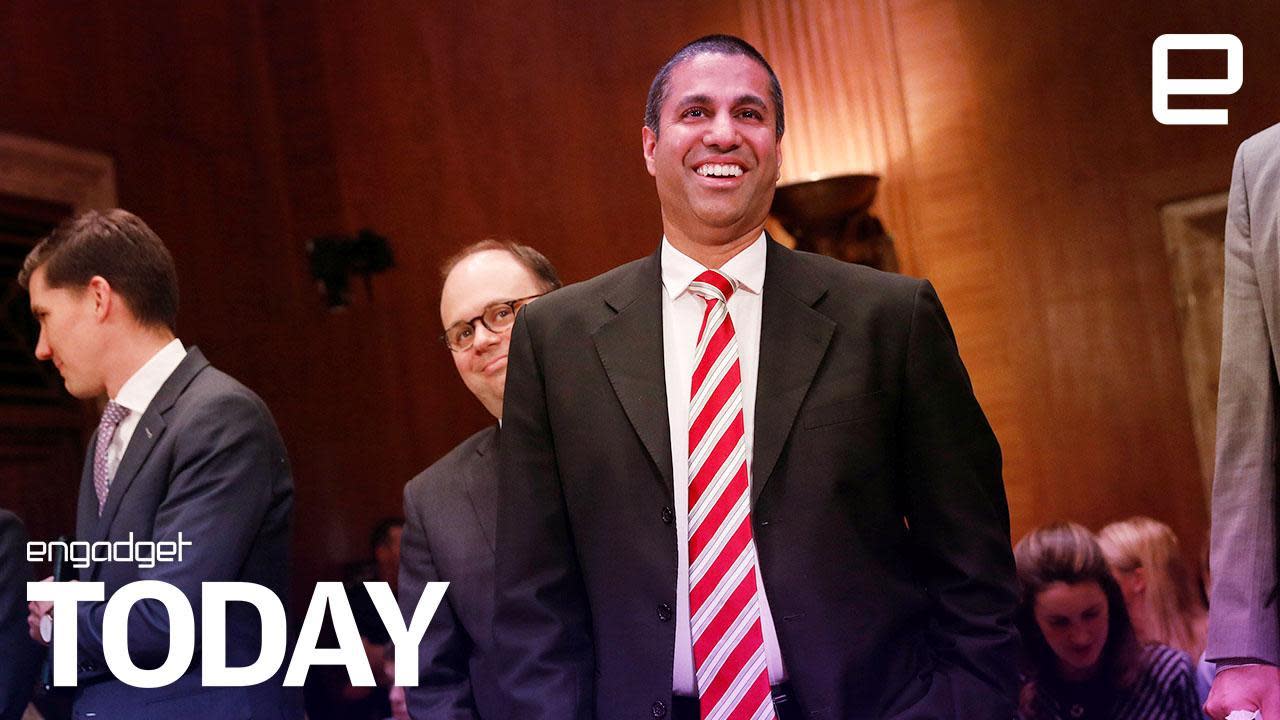 Twitter, Pinterest, Reddit and Airbnb were among 200 firms that signed a letter warning FCC Chairman Ajit Pai not to roll back net neutrality, according to Broadcasting & Cable. Dated on Cyber Monday (November 27th), the letter notes that record Black Friday sales are "a testament to the power of the free and open internet to encourage entrepreneurship, drive innovation, make our lives easier, and to support a healthy economy."

The letter was delivered three weeks ahead of the upcoming December 14th vote, in which the FCC is expected to reclassify wired and wireless internet services providers (ISPs) as "information services." That would reverse the recent FCC decision under Tom Wheeler that classified internet providers as utilities, subjecting them to stricter regulations.

Businesses may have to pay a toll just to reach customers. This would put small and medium-sized businesses at a disadvantage and prevent innovative new ones from even getting off the ground.

"Disastrously, the Federal Communications Commission (FCC) last week released a draft order that would end this open commerce by repealing the current net neutrality rules and eliminating the protections that keep the internet free and open for America's businesses and consumers," the letter reads.

The decision would also eliminate rules that ban paid prioritization, throttling and other practices that many consider consumer-hostile. It would then be up to the FTC, rather than the FCC, to watch over ISPs, which would essentially be operating on the honor system. That was how things worked up until Wheeler's 2015 decision, and it didn't work very well at all.

Without these rules, internet service providers will be able to favor certain websites and e-businesses," the letter states. "Businesses may have to pay a toll just to reach customers. This would put small and medium-sized businesses at a disadvantage and prevent innovative new ones from even getting off the ground."

According to an analysis of unique comments, an overwhelming majority of consumers favor keeping net neutrality rules the way they are. However, the commenting process was highly flawed because of FCC negligence, and in any event, the commission has all but suggested that it doesn't really care what the public thinks. That's despite the fact that it's a body meant to protect the public good, not look after the interests of some of the worst companies in America.

Many small business and freelancers working in the "gig economy" are also afraid of service providers gaining more power. Comic strip letterer Clayton Cowles, who works on Star Wars, Batman and other series and relies on his internet, told the New York Times that he fears what his cable provider, Spectrum, would do with less supervision. "They pretty much have a monopoly," he said. "I'm stuck with them."

In this article: Airbnb, AjitPai, aoloriginals, BlackFriday, dailyshow, Engadget, EngadgetToday, engadgetvideo, entertainment, FCC, FTC, gear, internet, KerryDavis, Letter, NetNeutrality, Pinterest, Reddit, Tumblr, Twitter, video, hidden:vv_3x4:ea5f155d-e521-3875-a0ef-7a2b6548bf8a, hidden:vv_09x16:d99222b3-5932-3a8d-b160-a186833bc337, hidden:vv_16x09:8e12b28e-b19c-30e1-b473-9e8fef26de1d
All products recommended by Engadget are selected by our editorial team, independent of our parent company. Some of our stories include affiliate links. If you buy something through one of these links, we may earn an affiliate commission.