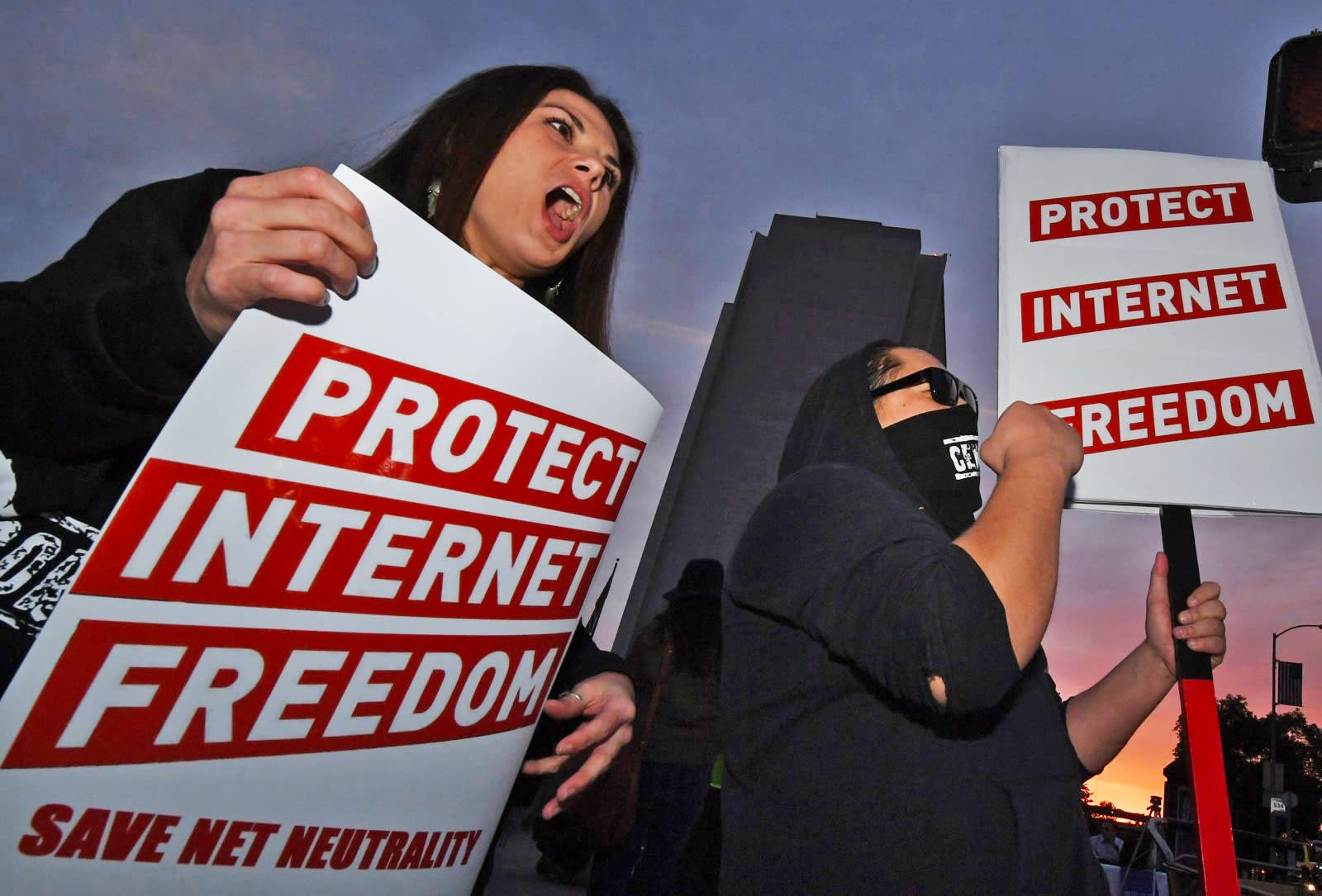 The FCC's proposal to roll back net neutrality protections was up for public comment between April 27th and August 30th and while nearly 22 million comments were submitted, there's been a bit of discussion surrounding who or what registered those comments and how accurately they reflect the public opinion of the plan. The Pew Research Center looked into those millions of comments and it published its findings today. Overall, the center found that very few comments were unique, more than half came from temporary or duplicate email addresses and on multiple occasions, tens of thousands of comments were filed at the exact same time, suggesting use of bot campaigns.

The report also notes that only six percent of comments were unique. Of the other 94 percent, many came from form posts provided by websites like battleforthenet.com and groups like Taxpayers Protection Alliance. However, others appeared to be generated by automated processes, like bot campaigns. On over 100 occasions, 25,000 or more comments were submitted at the exact same time and on nine occasions, 75,000 or more submissions were registered simultaneously. The biggest instance of this saw over 475,000 comments submitted at the exact same second.

Further, aside from pro- or anti-net neutrality comments -- wherever they originated from -- there were also a few very off-topic comments. A few dozen referenced Bee Movie, some even contained parts of the movie's script. Over 100 were made up of mostly non-alphanumeric characters. And others featured short messages like "cat videos," "google it," "SAD!" and "!!!!!!!!!!!!!!!!!!!!!!!!!"

Others have looked into the makeup of these comments as well. Data scientist Jeff Kao recently released his own study that found at least 1.3 million anti-net neutrality comments registered with the FCC were fake and came from a single central source. He also found that just 800,000 of the 22 million total comments were likely to be original and that 99 percent of them supported net neutrality.

"The Center's analysis of these submissions finds that the comments present challenges to anyone hoping to understand the attitudes of the concerned public regarding net neutrality," the Pew Research Center concludes. "It also highlights the ways in which individuals and groups are using modern digital tools to engage in the long-standing practice of speaking out in order to influence government policy decisions."

In this article: ajitpai, bot, comments, FCC, gear, internet, NetNeutrality, pewresearchcenter, politics, PublicComment
All products recommended by Engadget are selected by our editorial team, independent of our parent company. Some of our stories include affiliate links. If you buy something through one of these links, we may earn an affiliate commission.