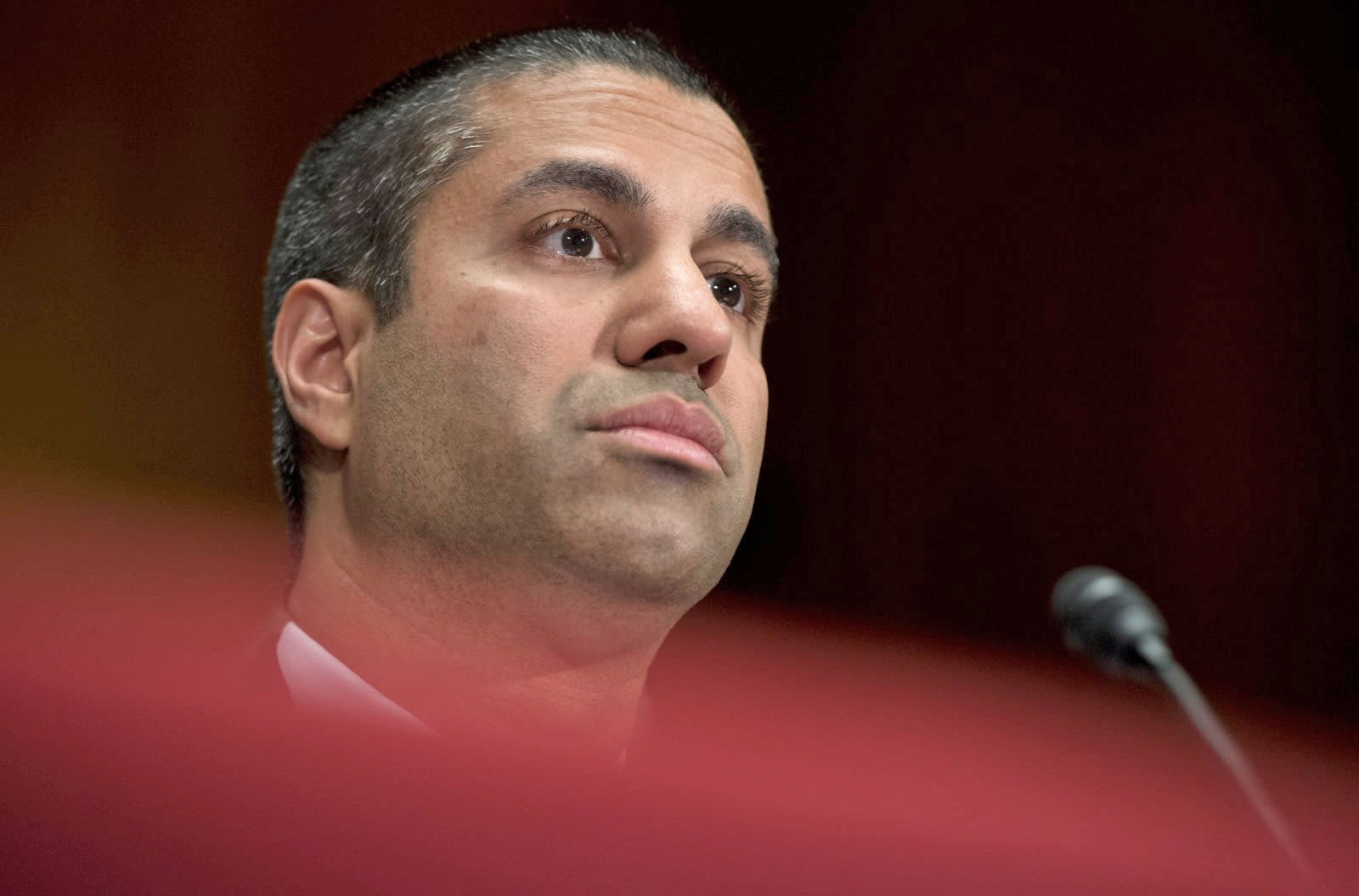 Last week, the FCC released the final draft of its proposal to roll back net neutrality protections, a plan that the agency will vote on next month. Removing these protections has been a targeted goal of FCC Chairman Ajit Pai since he took the position, and even in the face of immense pushback from both the public and hundreds of companies and organizations, the FCC has moved forward with the plan and is fully expected to approve it in just a couple of weeks. Since its release, the draft proposal has continued to draw intense opposition and now the FCC has released a list of myths vs. facts in regards to the plan. But this list, which poses as an explanatory breakdown of the FCC proposal and is most definitely the agency's attempt at damage control, is nearly as ill-conceived as the plan itself.

Let's take the first bullet point. "Myth: This is the end of the internet as we know it. Fact: The internet was free and open before the Obama Administration's 2015 heavy-handed Title II regulations, and it will be free and open after they are repealed." Well, Mr. Pai, that last bit isn't actually a fact. It is at best a hope. The FCC could have ensured that a free and open internet would indeed be a fact for the citizens of the United States, but it has instead chosen to remove the regulations that would do just that. What internet service providers (ISPs) will choose to do with their soon-to-be newfound deregulation is not in any way guaranteed and even if some have said they will honor net neutrality and promote an open internet, it doesn't mean they actually will.

Here's another one. "Myth: This will result in 'fast lanes' and 'slow lanes' on the internet that will worsen consumers' online experience. Fact: Restoring Internet freedom will lead to better, faster and cheaper broadband for consumers and give startups that need priority access (such as telehealth applications) the chance to offer new services to consumers." The FCC is really playing fast and loose with the word "fact" because, again, this is not a fact.

A fact, since we clearly need to review its definition, is, according to the trusty ol' Merriam-Webster dictionary, "something that has actual existence, an actual occurrence or a piece of information presented as having objective reality." The FCC doesn't have any way to prove that its proposal will lead to a better internet experience for consumers. It can hope that's the case. It can, I guess, continue to preach that such an unfounded claim could happen, but stating that as fact is wildly inappropriate, egregiously misleading and a straight-up abuse of power.

The majority of the FCC's myth vs. fact list does this repeatedly -- stating something as fact when it is at most a possibility. Whether they are possibilities that the members of the FCC actually believe could happen or just what they want all of us to think will happen is unclear.

If we are to believe this list, the FCC proposal WILL "promote consumers' online privacy," ISPs WON'T block websites or charge more for certain content and the reduced regulations WILL "lead to greater investment in building and expanding broadband networks in rural and low-income areas." But all of those claims are ridiculous because none of them are guaranteed.

What the FCC is doing with this proposal is putting all of its faith and the fate of consumers' internet in the hands of US ISPs. Sure, some of these practices didn't happen prior to the 2015 regulations put in place during the Obama administration, but the FCC wants everyone to buy into the belief that they never will. Essentially, it wants you to trust ISPs to do the right thing.

But why should we? ISPs aren't governed by the public good. They aren't driven by morality. Their business decisions aren't made based on what is best for the consumer. They are all there to make money. And if throttling service or offering paid prioritization is the next way for them to make more money, then why wouldn't they do it? Further, if the FCC members truly believe ISPs won't or that they shouldn't (though I highly doubt they believe that), then why on earth would they remove the only regulations keeping them from actually doing that?

The FCC also says that if ISPs engage in practices like blocking and throttling, they would face heavy consumer backlash and the insinuation is that consumer backlash is enough to deter such practices. It has also continuously stated that removing these regulations would promote competition and protect the consumer. If you look at the US as a whole, there are quite a few ISPs around -- BroadbandNow says there are currently 2,665 ISPs in the US -- but that number keeps dropping as more and more companies merge.

Some of the mergers are between smaller telecom companies that you likely haven't even heard of, but others, like Charter's acquisition of Time Warner Cable, are massive and have a huge impact on the market. Nationwide, the telecom market is being consolidated, and a few significant mergers -- Charter and Time Warner Cable as well as Verizon and AOL -- have happened since the Obama-era Title II regulations were put in place, meaning there's less competition to, in theory, keep ISPs in check than there was prior to those regulations being put in place.

But even outside of reduced competition, when it comes down to the individual internet user, nationwide competition actually has very little meaning. Many people have just one or, at best, two ISPs to choose from. So, even if consumers wanted to fight back against shady ISP practices by switching to another provider, most can't. And so this idea that consumers themselves can keep ISPs in line and encourage them to promote an open internet is completely bogus. Consumers can't do that, which is why so many want the FCC to.

Plus, a number of companies have actually engaged in practices that go against the spirit of net neutrality. Comcast has repeatedly prioritized its own streaming services over others by excluding its own from data caps. It also, along with Time Warner and Verizon, has been accused of throttling Netflix streaming. Verizon, T-Mobile and AT&T have also all come under fire for their zero-rating schemes, which were initially denounced by the FCC until Ajit Pai took over. And some of those practices took place while Title II regulations and bright-line rules were in place. Why should we expect ISPs to not engage in those practices without regulations?

So while reading the FCC's list of myths vs. facts, keep in mind that most of those "facts" are opinions, hopes or possibilities. And you have to ask yourself if you trust unregulated ISPs to choose the possibility that's best for you and best for the internet. If you don't, speak up for net neutrality, because it's running out of time.

In this article: ajitpai, aol, att, charter, Comcast, editorial, FCC, gear, internet, NetNeutrality, opinion, politics, services, t-mobile, TimeWarnerCable, verizon
All products recommended by Engadget are selected by our editorial team, independent of our parent company. Some of our stories include affiliate links. If you buy something through one of these links, we may earn an affiliate commission.