The personalized news feed "came at a huge cost to facts," he said.

Snapchat CEO Evan Spiegel has decried rival social media firms for propagating fake news and damaging the media industry, saying that the "smart" alternative is, you guessed it, Snapchat. "The personalized newsfeed revolutionized the way people share and consume content," he wrote on Axios. "But let's be honest: this came at a huge cost to facts, our minds and the entire media industry."

While you may think that Snapchat is doing some kind of a pot/kettle thing, Spiegel argues that it's not like Facebook or Twitter. "While many people view Snapchat as a social media service, it is primarily used to talk with friends –- like visual texting," he said. "Snapchat began as an escape from social media, where people could send photos and videos to their friends without the pressure of likes, comments and permanence."

He notes that Snapchat uses algorithms that are based on users' personal interests, rather than those of their friends. "We think this helps guard against fake news and mindless scrambles for friends or unworthy distractions," he writes. 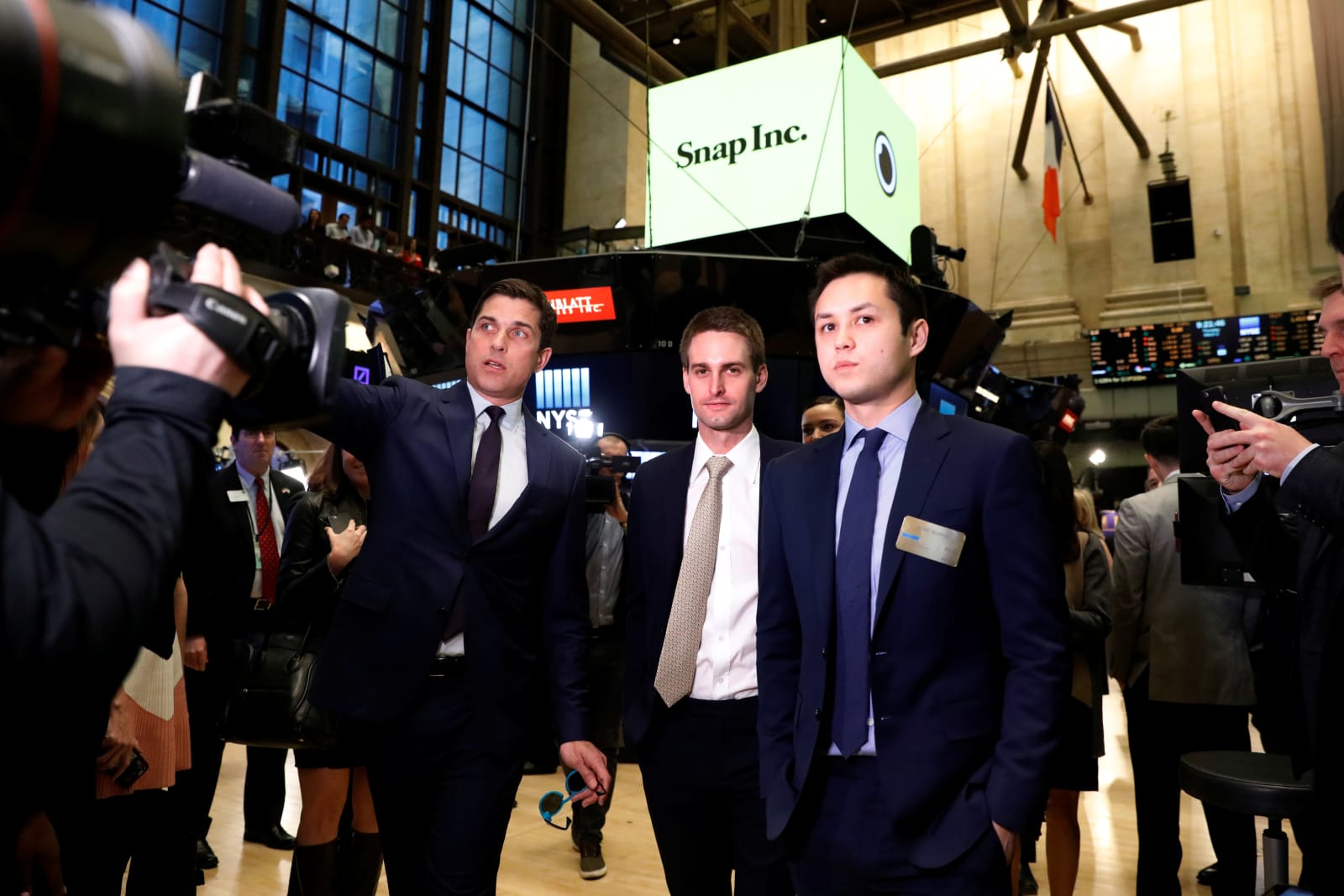 It's true that you don't hear a lot about fake news on Snapchat, which is not the case with Facebook, Twitter and YouTube, platforms that have been exploited by foreign actors and folks who don't have your best interests at heart.

On the other hand, Snap, Inc. has recently had trouble drawing new users and achieving revenue growth, unlike Facebook, which made all the money last quarter. Spiegel acknowledged that its algorithmic focus on individual users, rather than their friends, makes the platform a challenge for publishers and advertisers.

To solve that, the company said it would take a page from another kind of platform. "Netflix uses machine-learning algorithms to recommend content to subscribers based on what they watched in the past," he notes. "This form of machine learning personalization gives you a set of choices that does not rely on free media or friend's recommendations and is less susceptible to outside manipulation."

Spiegel ties all of that with Snapchat's new look, suggesting how it will help the company be more publisher-friendly. "With the upcoming redesign of Snapchat, we are separating the social from the media, and taking an important step forward towards strengthening our relationships with our friends and our relationships with the media," he said. " This will provide a better way for publishers to distribute and monetize their Stories, and a more personal way for friends to communicate and find the content they want to watch."

Snapchat was once considered the bad boy of social media, thanks to its reputation for the sharing of racy pics that would quickly disappear. Now, with fake news on social media being a much bigger societal ill, Spiegel is touting Snapchat as the moral choice.