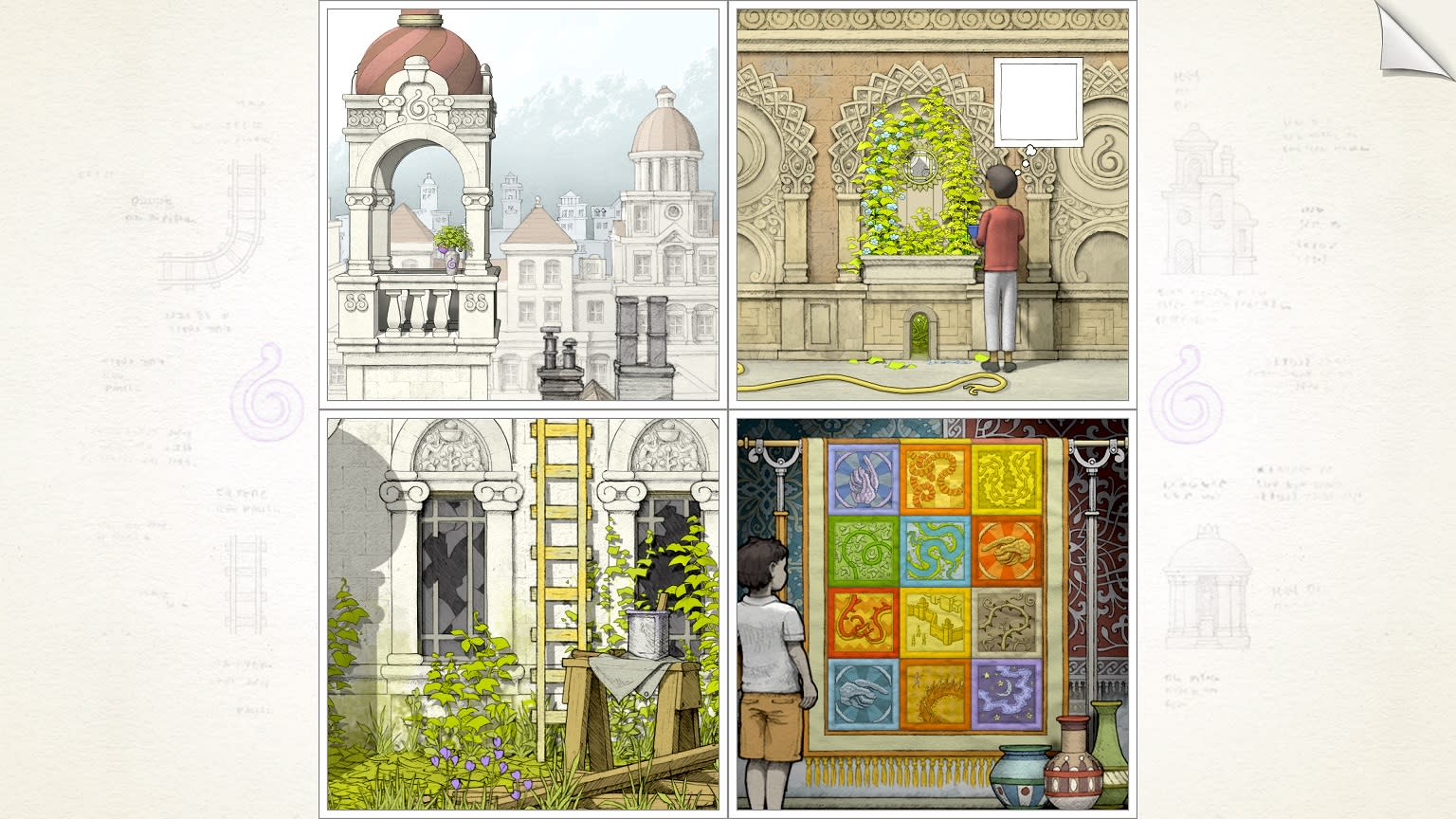 Suffice to say that fans have been eagerly awaiting Jason Roberts' gorgeous indie game Gorogoa for awhile. It's racked up years of awards, from Best Visual Design at Indiecade 2012 where the title debuted, to being the top pick at Good Game Club 2013 to nabbing financial assistance from Indie Fund in 2014. After years of delays and refinements, Gorogoa is finally getting released on PC and iOS on December 14th.

For the uninitiated, Gorogoa has players rearrange grids of lavishly hand-drawn panels to solve puzzles. The fantastic art is such a focal point that the game's creator Roberts pushed back the game's release to re-draw earlier parts after his skill had improved, a perfectionism that partially caused delays. You can pick up the well-polished Gorogoa on Steam or GOG for $15 or iOS for $5.