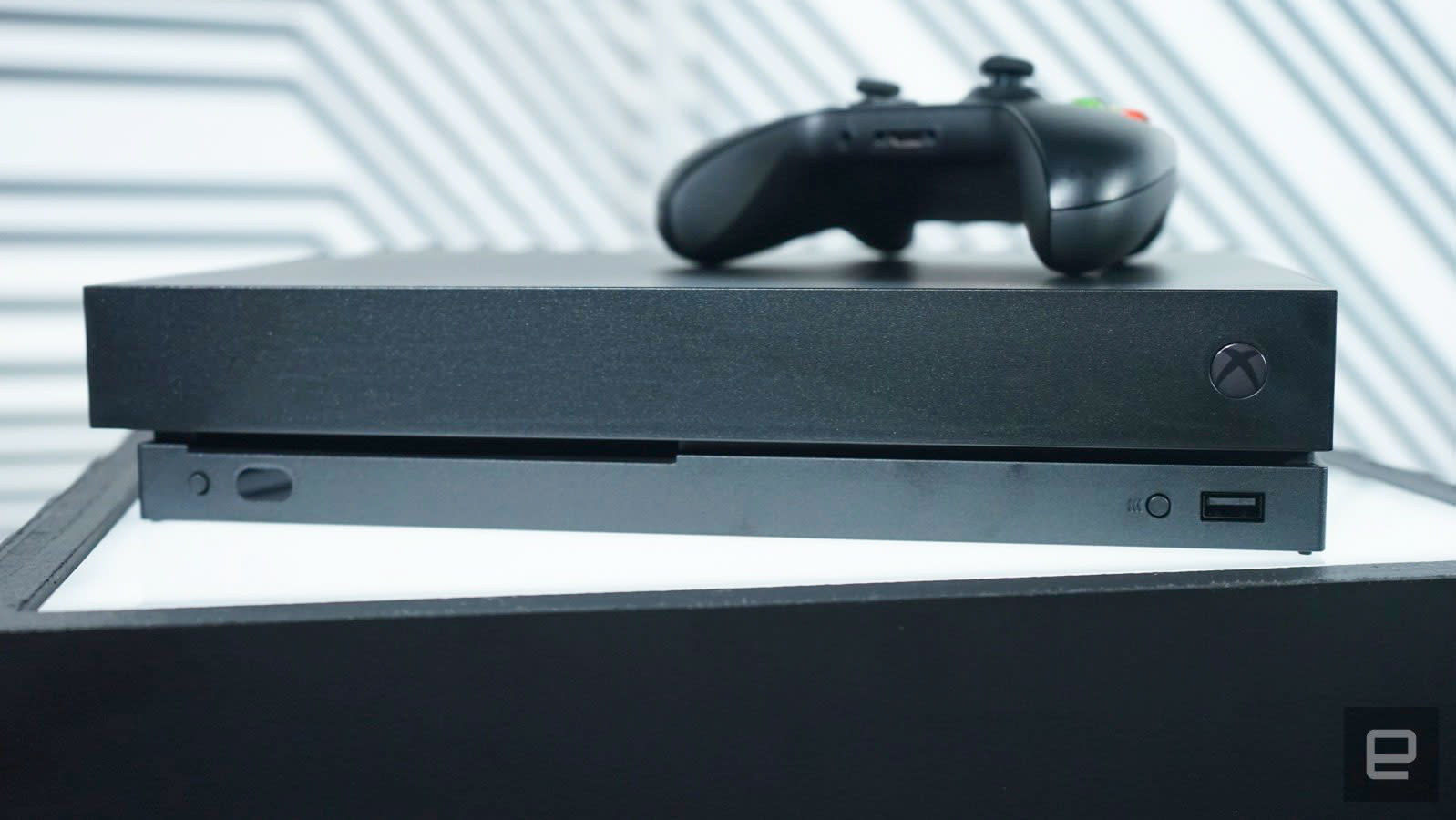 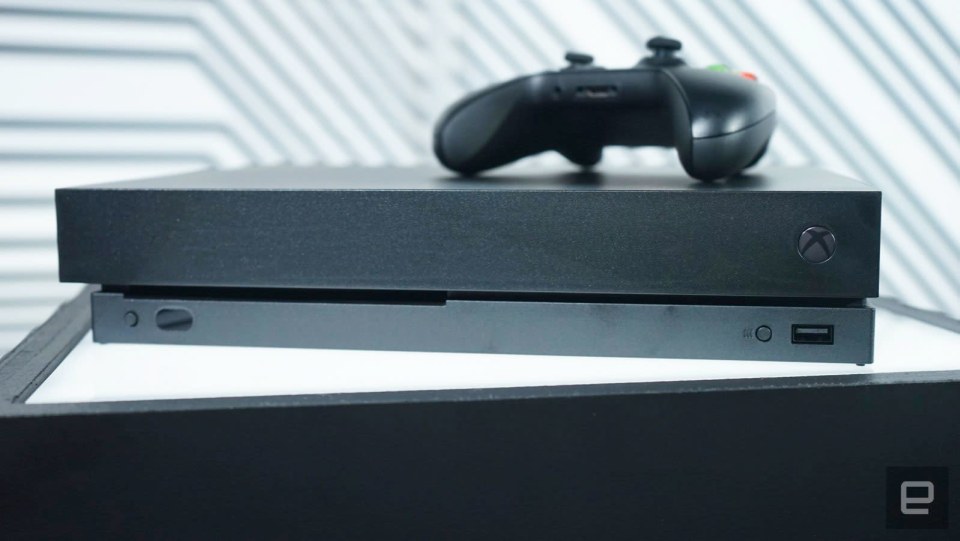 The Xbox One has come a long way since its 2013 debut. Microsoft has fixed the console's hardware flaws with the One S and the recently released One X, but now it has a different problem to address: a dearth of compelling games you can't play anywhere else. In recent years the company has relied on timed third-party exclusives that eventually make their way to other platforms or are also available on Windows and Steam.

It happens on PS4 as well, but the difference there is that Sony has a wide assortment of games that you can only play on its console. That's not to say there aren't exclusive games worth playing on Xbox; it's just that they're buried among annual Forza racing games, middling modern Halo releases and the testosterone-fueled Gears of War franchise. Microsoft has promised to break out of that predictable release cadence, though, so the future could be brighter than you may have come to expect. As it stands, these are the best Xbox One games you can play right now.

Microsoft proved that indie games could have an audience on consoles when it published Braid on the Xbox 360 in 2008. Fast forward nine years and the landscape has changed quite a bit. The Nintendo Switch is increasingly becoming the home for niche titles, and PlayStation's selection of blockbuster tentpole games grows with every trade-show Sony attends. Faced with this harsh reality, last month Xbox chief Phil Spencer admitted that his team hadn't invested as much in original games as it should. Next year, he's going on a shopping spree for games and development studios to make up for the ones he cancelled and closed.

The company trotted out Capybara Games' Below in the lead-up to the Xbox One's launch in 2013, and since then it's been delayed indefinitely. For a while it looked like Cuphead would face a similar fate, but as luck would have it Studio MDHR released the game this September after repeated delays. Fullbright's Tacoma had similar misfortunes on the road to release. Limbo studio Playdead's haunting sophomore effort Inside was only exclusive to the Xbox One for a few short months before appearing on PC and PS4. Same goes for Oxenfree.

But that's not necessarily a bad thing. After all, a good game is a good game regardless of where you play it. Case in point: Minecraft, once the biggest indie game in the world, which is now owned by Microsoft. The thing is, until Microsoft proves it can dream beyond Forza, Gears of War and Halo though, indies are your best bet for interesting, inventive ideas on Xbox. Since purchasing this blocky freeform building game in 2015, Microsoft has drastically upgraded its graphics (while retaining the game's lo-fi charm). Just as important, it unified nearly every version of Minecraft, allowing people on disparate platforms to play together. Surprisingly, the game didn't lose its soul in the process. It's as charming and soothing as ever, while fancy visual tricks like HDR and detailed textures add some overdue modern flair next year. Combine those additions with Minecraft's addictive building and survival gameplay and you've got a game that just about anyone can appreciate. Playdead's follow-up to its macabre debut Limbo shows what's possible when a studio keeps it simple. Inside is a haunting physics-based platformer that follows a young boy on his journey to, uh, get inside a research facility. As compelling as the game mechanics are, your primary motive for pressing onward should be the game's narrative. While "dystopian sci-fi" starring an adolescent might bring The Hunger Games to mind, Inside's story is more Black Mirror than YA fiction. By the time the credits roll, the frustration of repeatedly getting caught by sentry guards should be a distant memory thanks to one of the craziest endings in modern video games. If you're playing Blizzard's hero shooter on a console, Xbox One is where you should do it. Playing with friends online feels effortless thanks to the way Xbox Live is baked into every facet of the console. Adjusting the balance between party chat and game audio, adding new friends to your group and even broadcasting your session via Mixer is dead simple on Microsoft's hardware. The game was first released last year, and is showing no signs of getting stale. The team at Blizzard keeps the game humming by regularly releasing new heroes, maps and modes, for free. Just remember, if you're going to play, there are never enough people moving the payload toward the objective. Your team will be grateful for the help. After a series of delays, Cuphead finally came out this year. And it was worth the wait. Studio MDHR's challenging side-scrolling shooter calls to mind classics like Contra and Ghouls 'n Ghosts, with retro visuals to match. Rather than pixel art reminiscent of the 8- or 16-bit era, though, Cuphead features hand-drawn animation inspired by cartoons from the 1930s. Keep in mind, this game isn't for the faint of heart. You'll simultaneously have to memorize level layouts, enemy placements and bosses' attack patterns if you want to succeed. That's in addition to reminding yourself to duck incoming fire and not get distracted by the inventive audio and visual design. If that seems like a tall order, it is. But you like a challenge, right? Halo has been Microsoft's golden goose since the original Xbox launched in 2001. But recent years haven't been kind to the series, which has seen some duds. That's why we recommend The Master Chief Collection (MCC), a greatest-hits collection of the franchise's best releases, with upgraded visuals and unique twists like playlists that group campaign missions by theme. Want to play the opening level from each game in succession? Have at it. Same goes if you'd rather play nothing but vehicle-based missions. Additionally, MCC takes every map from the franchise's multiplayer suite online. The player population has since migrated to Halo 5: Guardians, but if you want to recreate the experience of playing capture the flag on Blood Gulch at your first Xbox LAN party, this is your best bet. Forza Horizon 3 isn't just Microsoft's most recent off-road racer -- it's the best entry in the Horizon series to date. And you don't have to be a gearhead to have a blast tooling around the game's Australian outback. Unlike the mainline Forza Motorsport series, the emphasis here is on pedal-to-the-metal, arcade-inspired fun that emphasizes silliness over simulation. But that doesn't mean Horizon isn't serious about accuracy; physics still matter, and you can of course upgrade and tune your favorite ride to your heart's content. Need a break from the Outback's beaches and jungles? The "Blizzard Mountain" expansion takes the terror out of driving in inclement weather, while the Hot Wheels add-on puts the toy cars and their trademark orange loop-de-loop tracks on your flatscreen. 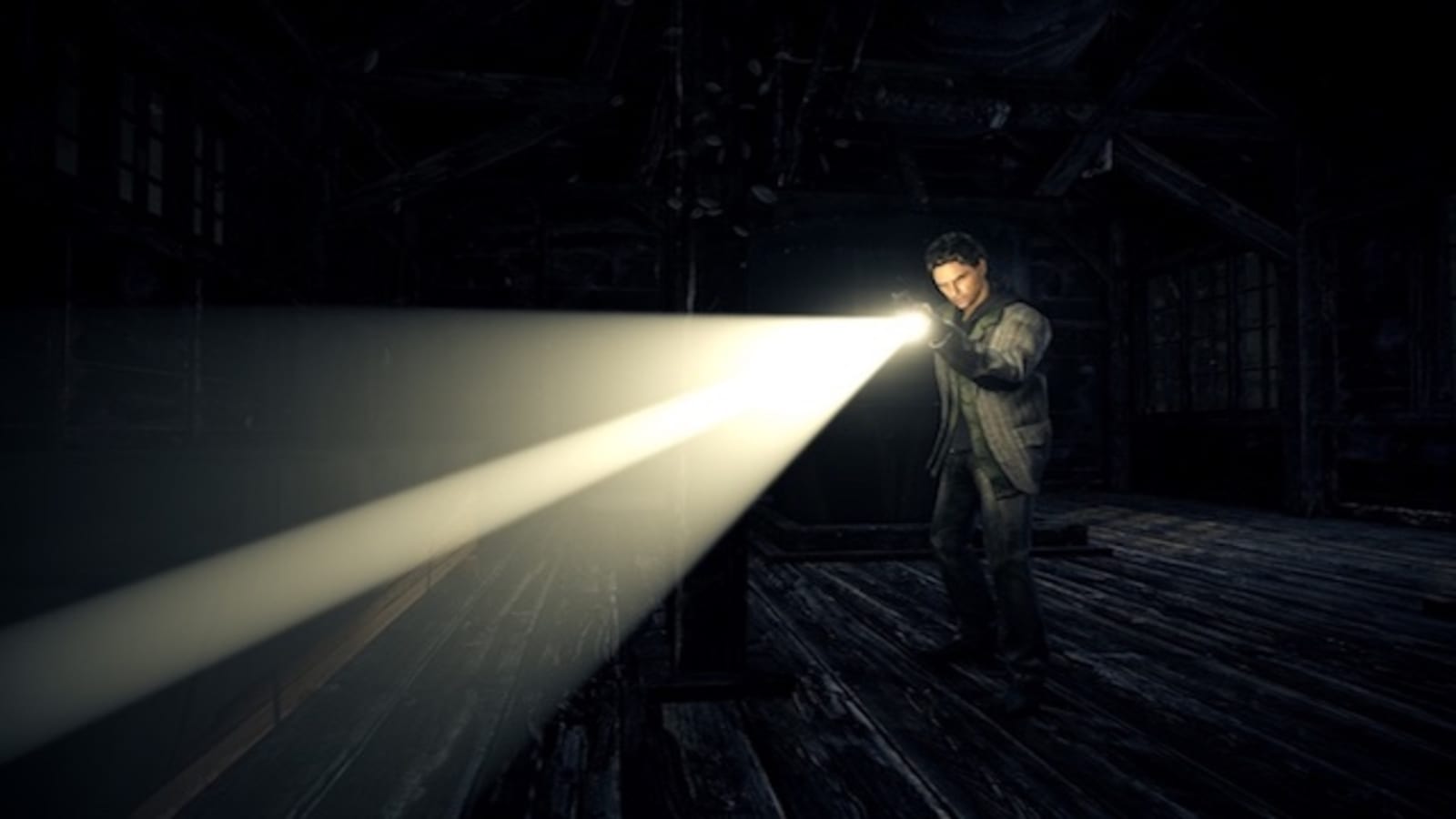 The Xbox One's biggest advantage over the competition is that you can play a huge swath of the Xbox 360's catalog on it. That includes Alan Wake, Remedy Games first Microsoft exclusive from 2009. If the recent Twin Peaks revival made you want to take a trip to the Pacific Northwest, consider this game about a horror novelist whose creations are coming back to haunt him. The sleepy town of Bright Falls is being corrupted by a dark presence that possesses people and inanimate objects, even turning wheelbarrows into fearsome enemies. You'll need more than just firearms to defeat them, too; flashlights and flares are as important as firearms, as you need to "burn" the darkness out of an enemy before destroying it for good. Ori and the Blind Forest will break your heart in the first 10 minutes. After that, things get easier -- at least from an emotional standpoint. Ori follows the tradition of Super Metroid and Castlevania: Symphony of the Night by giving you a huge interconnected 2D world to explore, where secrets are hidden in plain sight and familiar areas give way to new ones as you unlock abilities for Ori. Gorgeous art and music complement the onscreen exploration; if you're a fan of physics-based platforming à la Super Meat Boy, you're in for a treat. Now's the perfect time to try the game, too: Microsoft said earlier this year that it's ordered a sequel. But with no release date in sight, you should have plenty of time to explore the game's mysteries. When Microsoft bought Rare Ware back in 2002, a big questions was whether the company would resurrect the long-dormant fighting franchise Killer Instinct. Eleven years later, a series reboot served as an anchor for the Xbox One's meager launch lineup. In the four years since, development passed to Divekick studio Iron Galaxy. Meanwhile, Microsoft added Gears of War bad-guy General Raam, Halo's third-fiddle protagonist The Arbiter, and Rash from Rare's Battletoads series to the roster. The game now boasts almost 30 fighters, and its combo-based pugilism feels as satisfying as it did on the Super NES and N64. A quasi-story mode helps keep things interesting for solo players, and you can even fight against AI based off the fighting style of people on your friends list. Think of it like Forza's Drivatar system, but for punching faces. Quantum Break is at once a cinema-inspired third-person shooter and an interactive TV drama where the choices you make in the game affect how each episode of the show plays out. Manipulating time goes beyond the game's narrative and impacts how you solve puzzles and take out enemies. The game's surreal vistas are particularly impressive. Thanks to a glitch in the space-time continuum, time itself is breaking down. Which means every now and again, everything in a given scene will go into still-frame, be it a shipping barge crashing into a suspension bridge, or a helicopter attacking an office building. It makes for some incredibly cool platforming sequences. And if you've just picked up an Xbox One X, Remedy went back over the game to make those "stutters" (and everything else) perform better on Microsoft's new hardware. Fru wasn't just one of the last Kinect games -- it was one of the best reasons to own Microsoft's do-all sensor. Rather than use the camera array and microphones for clunky motion and voice controls, Fru takes advantage of a different aspect of the hardware: its ability to read silhouettes in real time. The game is a platformer at its core, and to cross certain gaps or find hidden treasures, you'll need to position yourself in a way that allows the fox-masked protagonist to run along or inside your silhouette. You can make the game even more challenging by trying to play solo as you contort your body in front of the sensor. Or, you can tap your yoga-master best friend to hold their Vriksasana pose while you make your way ever rightward along the game's 2D plane.

In this article: 343industries, alanwake, av, blizzard, cuphead, forza, forzahorizon3, fru, gaming, halo, halothemastercheifcollection, inside, irongalaxy, killerinstinct, microsoft, minecraft, mojang, oriandtheblindforest, overwatch, playdead, playgroundgames, quantumbreak, remedyentertainment, review, studiomdhr, thebuyersguide, xbox, xbox360, xboxone
All products recommended by Engadget are selected by our editorial team, independent of our parent company. Some of our stories include affiliate links. If you buy something through one of these links, we may earn an affiliate commission.