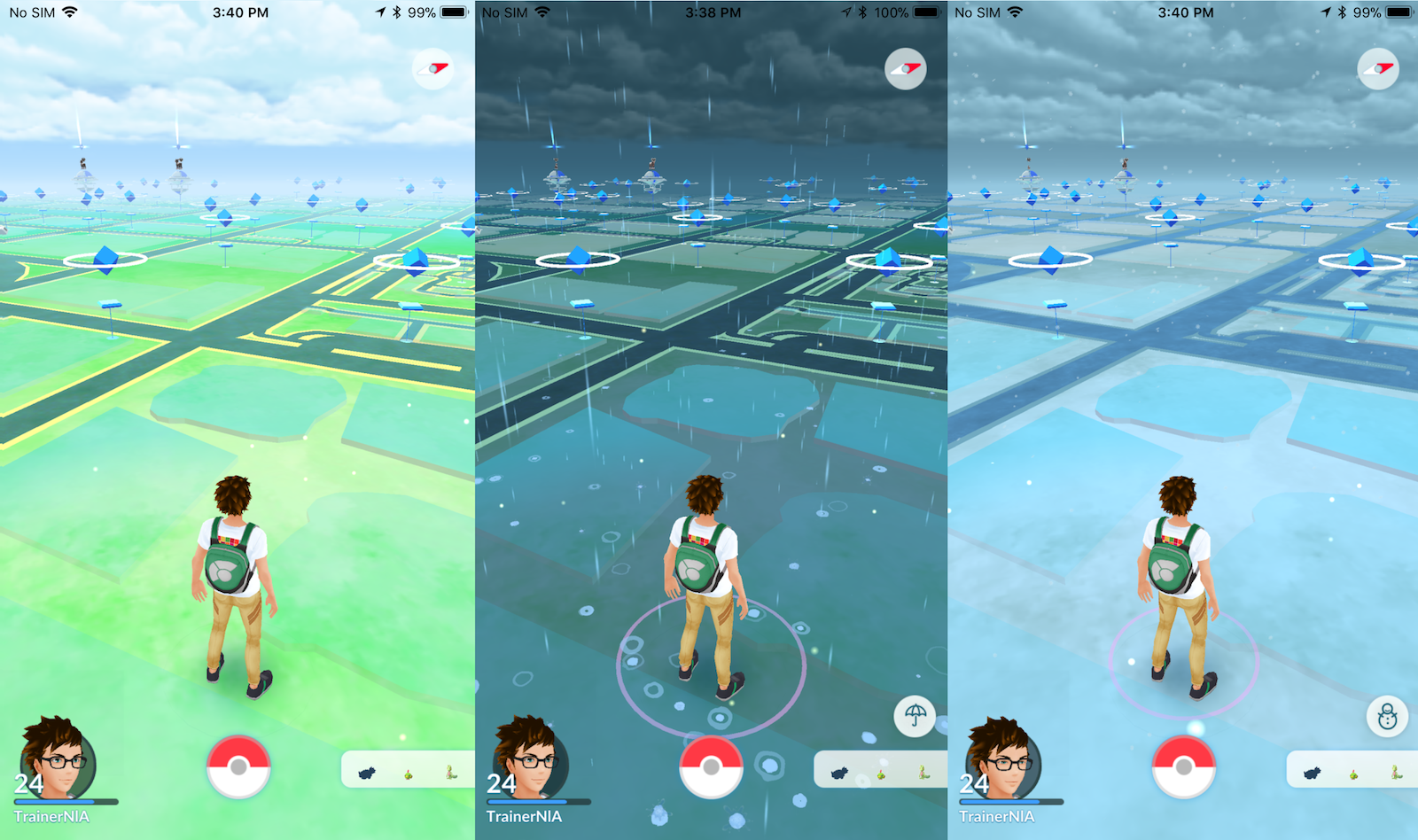 Pokémon Go is getting a slew of new Pokémon this week as well as a dynamic weather system later this month. The game will soon reflect the real weather around you and that will affect which Pokémon you see and how strong they are. If it's raining, for example, you'll see more water-type Pokémon than usual and they'll start out with a higher CP than they typically would.

The new weather feature and the added Pokémon -- at least 50 new Gen III Pokémon -- are timed together on purpose. The new additions are all from the Hoenn region and first introduced in Pokémon Ruby and Sapphire, which were also the first games where weather had an impact on the gameplay. "Fans of Ruby and Sapphire will know that Hoenn brought more than just new Pokémon," Niantic Project Manager Matt Slemon told Polygon. "It was the first Pokémon game that introduced weather affecting the world itself. Hoenn was heavily influenced by the world around it, [and] we took all of that as pretty hefty inspiration."

This summer, Pokémon Go got its first Legendary monsters and Niantic announced some major changes to raids last month. And soon we'll be getting a revamped version of Niantic's original AR game Ingress as well as a new Harry Potter augmented reality game. Archit Bhargava, Niantic's head of global product marketing, also told TechCrunch that an in-game holiday event is in the works.

In this article: ar, av, gaming, HarryPotter, harrypotterwizardsunite, ingress, ingressprime, mobile, niantic, pokemon, pokemongo
All products recommended by Engadget are selected by our editorial team, independent of our parent company. Some of our stories include affiliate links. If you buy something through one of these links, we may earn an affiliate commission.