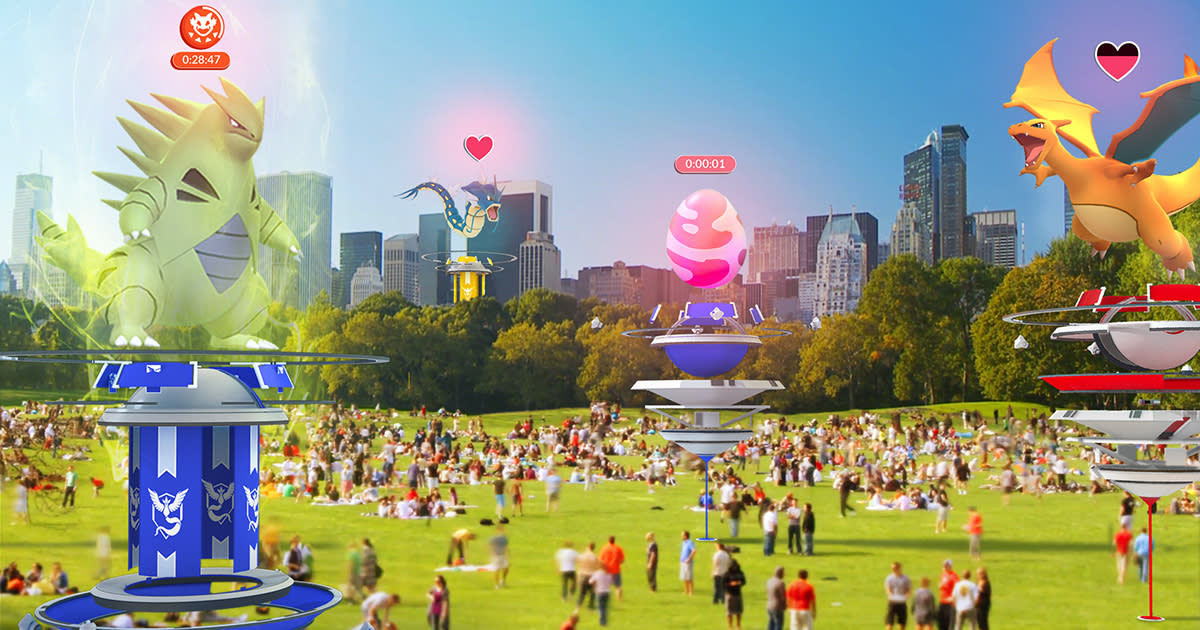 Niantic has announced big changes to Pokémon Go raids, designed to even the playing field for trainers at all levels -- and pleasing Magikarp fans in the process. The raid system, particularly EX Raids, has faced criticism because of the way it seems to favor certain players and locations, but the changes -- a result of field-testing and feedback -- should rectify things.

First up, there's a big jump in the quality of rewards for raid participation. Trainers will get Golden Razz Berries for completing raid battles, and while the number of potions and revives awarded for completion will decrease, their quality will improve. Trainers will receive stardust for taking part in a raid battle whether they win or lose, and the likelihood of getting fast and charged technical machines for tier 3+ raid battles has increased. But the best news? Magikarp is making a triumphant return to tier 1 raid battles!

Niantic has also made clear the guidelines for future EX Raids, with the key takeaway being a focus on EX Raids taking place at sponsored locations -- battles will most commonly happen here and at gyms found in parks. Trainers with a high-level gym badge are more likely to be invited to EX Raids happening at that gym, just as trainers who have a higher number of battles under their belt are more likely to be invited to EX Raid battles. And good news for players who have IRL commitments, EX Raid battle start times now take into account popular raid times at that gym – so you probably won't miss battles because of work or, you know, sleeping. Plus as an added bonus, trainers will get stardust and premium raid passes when an EX Raid battle is canceled.

Niantic's blog post confirmed that EX Raids are finished in their test phase, so all EX Raids will be official going forwards. The company also hasn't ruled out expanding the number of EX Raid locations in the future, but that, like other potential updates, is in the works. A lot of the game's features bring inherent frustration -- missing an EX raid battle, getting lousy potions or gearing up to fight raid bosses only for them to run away, for example -- so these changes should iron out these irritations and put the focus back on the task at hand, catching 'em all.

In this article: battles, boss, EXraid, gaming, Magikarp, mobile, Niantic, pokemon, pokemongo, raids
All products recommended by Engadget are selected by our editorial team, independent of our parent company. Some of our stories include affiliate links. If you buy something through one of these links, we may earn an affiliate commission.