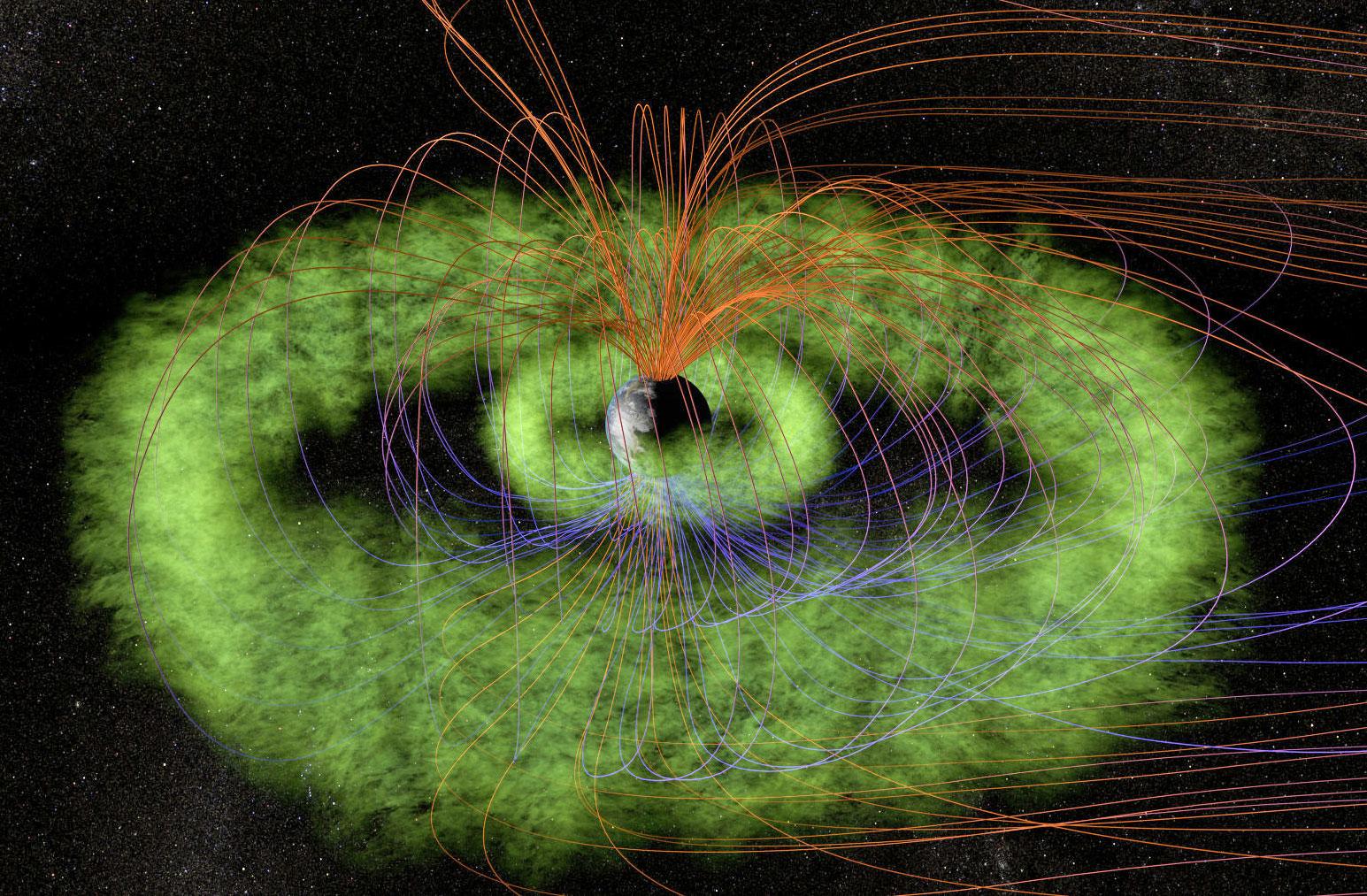 Earth's Van Allen Belts are an area of energetic particles that surround our planet and are held in place thanks to Earth's magnetic field. These radiation belts trap charged particles, protecting us from the effects of some of space's most harmful radiation. There are still many mysteries we haven't solved about the Van Allen Belts, but now, students at the University of Colorado Boulder have solved one that dates back 60 years.

The students uncovered the origin behind energetic particles that exist in the inner areas of Earth's radiation belt. Scientists have long theorized that highly charged protons in these areas originated from cosmic ray albedo neutron decay (CRAND), which is what occurs when cosmic rays smash into neutrons in the Earth's atmosphere. It results in charged particles, which become trapped in the Van Allen Belts. However, scientists did not extend this theory to cover the electrons on the inner edge of the belts.

Now, students have confirmed that CRAND is also responsible for the presence of energetic electrons. It's satisfying to have this mystery resolved, especially because these charged particles have a practical impact on space travel. They pose a hazard to both satellites and astronauts leaving the protective shell of the Earth's magnetosphere to travel to the moon, Mars and beyond. Understanding where these particles come from can help us predict them.

But this discovery is also powerful because of the way it was made: by students through the use of CubeSats. CubeSats are small satellites, about the size of a loaf of bread or a shoebox. They are inexpensive to manufacture, and thanks to rocket startup companies like Vector and Rocket Lab, will soon be relatively cheap to launch as well. This particular satellite was funded through an NSF grant, and as space becomes increasingly accessible to high school and college students, you can bet that more discoveries like this are in our near future.

In this article: cosmicrays, radiation, space, tomorrow, vanallenbelts
All products recommended by Engadget are selected by our editorial team, independent of our parent company. Some of our stories include affiliate links. If you buy something through one of these links, we may earn an affiliate commission.