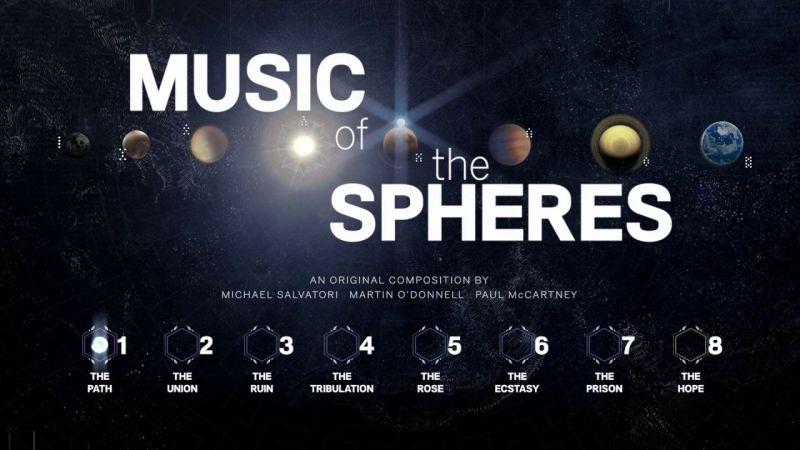 An epic game deserves an epic soundtrack, and Music of the Spheres, an eight-part musical work by Bungie composer Marty O'Donnell, Michael Salvatori and Paul McCartney (yes, of Beatles fame), was exactly that, designed to complement Bungie's ambitious Destiny. But, thanks to quarrels with publisher Activision and various other legal battles, it was never released. Now, nearly five years later, it's been leaked and can be enjoyed by fans of Destiny and sweeping soundscapes alike. Until Activision bursts in with copyright law, that is.

At the end of November, lead composer O'Donnell reaffirmed his position on the matter by tweeting, "I don't have the authority to give you permission to share MotS. However, no-one in the world can prevent me from giving you my blessing." Permission or otherwise, the musical work has now appeared in its entirety online thanks to teenager Owen Spence, who has been running his own project to recreate Music of the Spheres since 2016. According to Kotaku, someone with a copy of the work approached Spence hoping he could make it public, so he uploaded it to Soundcloud.

Kotaku also reports that O'Donnell is glad to finally have his work heard by the public. In an email, he wrote, "I'm quite relieved and happy. This was the way it was supposed to have been heard five years ago... I don't know who actually did it but they have my blessing. I honestly don't know how anyone could begrudge this any longer." Despite demand, it's pretty unlikely the work will be released in any official capacity after all this time, so this may be your only chance to hear it. Get in quick before the lawyers do.

In this article: Activision, av, Bungie, Destiny, gaming, MartyODonnell, MotS, Musicofthespheres, PaulMcCartney, soundtrack
All products recommended by Engadget are selected by our editorial team, independent of our parent company. Some of our stories include affiliate links. If you buy something through one of these links, we may earn an affiliate commission.