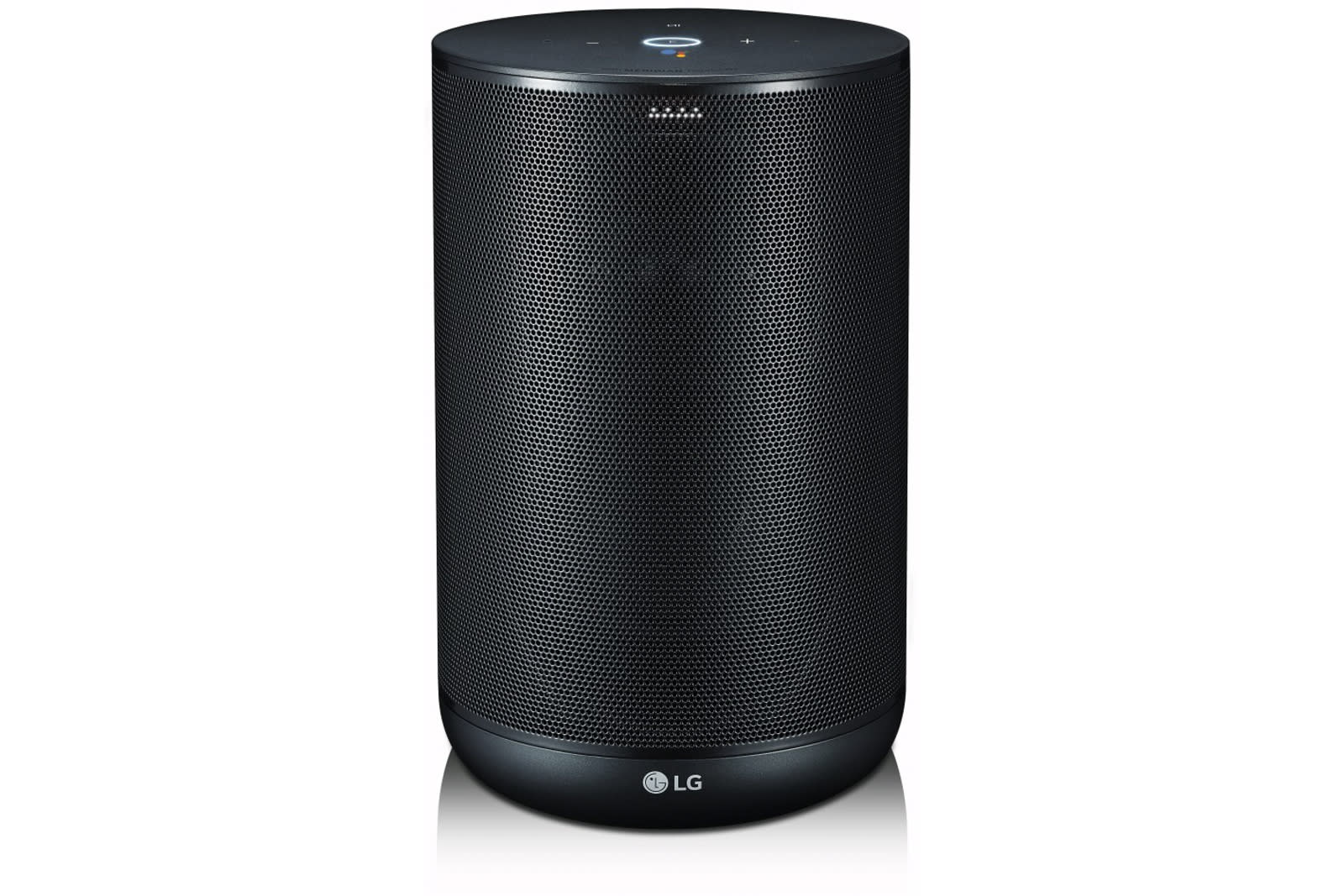 LG is acting on its promise to unveil a slew of AI-powered gadgets at CES this January. The tech giant has unveiled a 2018 speaker lineup headlined by the ThinQ Speaker, a Google Assistant-powered device that promises "premium" sound alongside its smarts. It supports lossless high-resolution audio like LG's more advanced phones, and uses Meridian Audio's know-how to pump out "more natural and warm" music. The launch also hints that many of LG's newer appliances will be Assistant-savvy -- the company envisions turning on your air purifier with a voice command.

The rest of the lineup is led by the SK10Y soundbar, a 5.1.2-channel companion to your TV with Chromecast support, Dolby Atmos processing, lossless audio and Meridian-made Height Elevation to put the sound at the level of the screen, theoretically providing extra clarity. There's also the PK-series Bluetooth speakers that use Meridian to produce "powerful and undistorted bass," and party speakers that kick out as much as 1,800W of power while supporting features like DJ and karaoke modes.

As is usually the case with these pre-CES teases, LG hasn't provided availability details for the ThinQ Speaker and other devices. And that may be important. We don't know for sure whether it's aimed at relatively low-cost speakers like the Sonos One or pricier models like Apple's upcoming HomePod. However, LG is clearly trying to avoid directly competing with the Amazon Echo, Google Home and other speakers where audio fidelity clearly isn't the top priority.

In this article: audio, av, ces2018, gear, googleassistant, lg, meridianaudio, sk10y, smartspeaker, soundbar, speaker, thinq, thinqspeaker, wirelessspeaker
All products recommended by Engadget are selected by our editorial team, independent of our parent company. Some of our stories include affiliate links. If you buy something through one of these links, we may earn an affiliate commission.