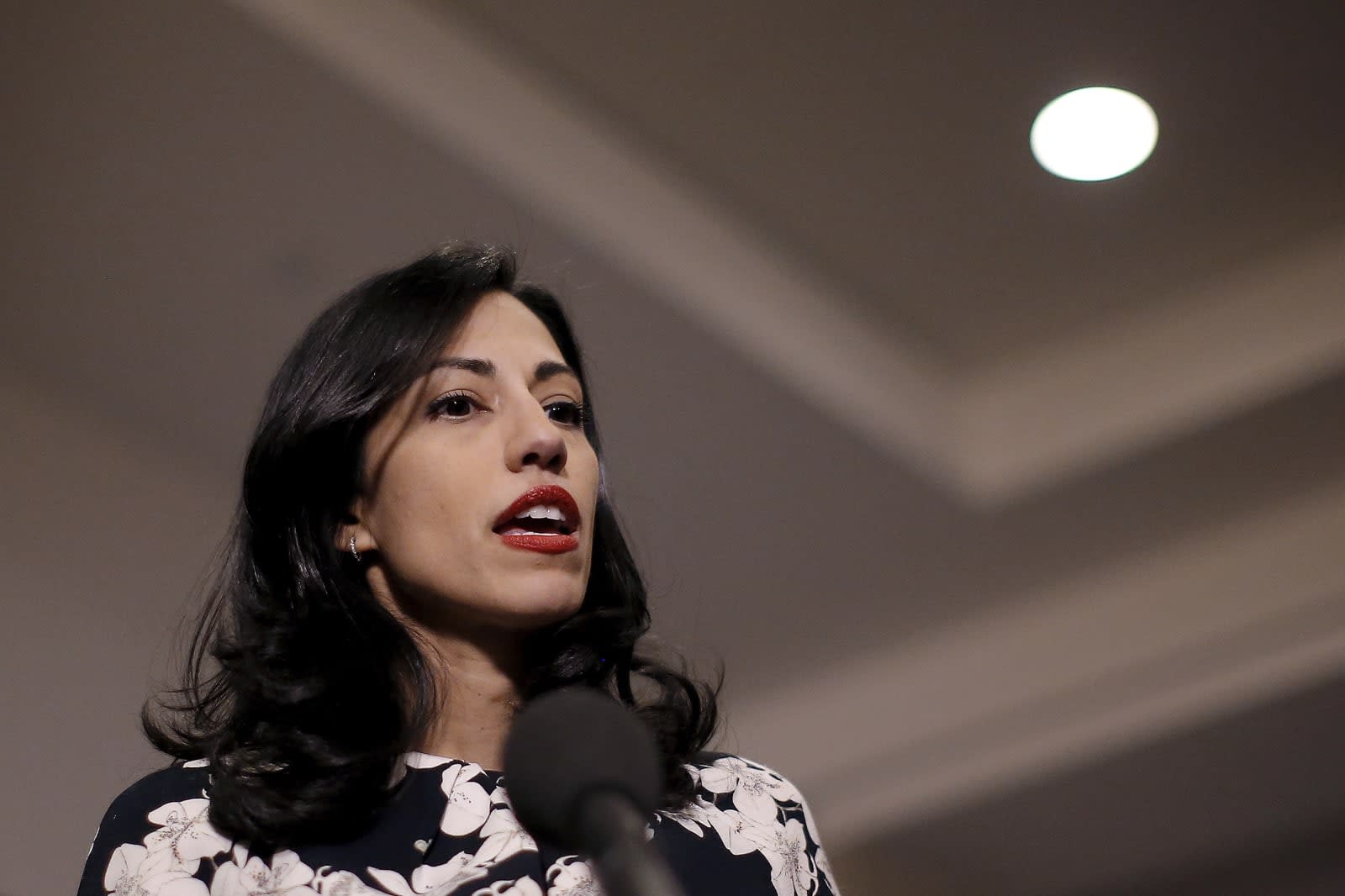 Like it or not, the Hillary Clinton email saga isn't over yet. The US State Department has released about 2,800 emails and other documents from former Clinton aide Huma Abedin that were found on the laptop of her soon-to-be-former husband Anthony Weiner. The disclosure is a response to a 2015 Freedom of Information Act request from Judicial Watch, a conservative watchdog group that has been hoping to use the presence of classified emails from personal accounts as evidence of lawbreaking by Abedin and Clinton. Most of the messages (covering January 2009 to February 2013) are unclassified, though a handful have been redacted at least in part.

Five of Abedin's messages were deemed classified and discussed Middle Eastern affairs, including a call to Israeli Prime Minister Benjamin Netanyahu, a deal with talks between Hamas and the Palestine Liberation Organization and chats with the UAE's foreign minister. The least redacted message discussed a call to Saudi Arabia's Prince Saud al-Faisal in 2010 about WikiLeaks' then-looming release of documents from Bradley (now Chelsea) Manning.

Whether or not anything results from publishing the emails is another matter. While Judicial Watch has demanded a formal investigation, the FBI has stated more than once that it doesn't intend to press charges over the Clinton email probe despite calling her handling of messages "extremely careless." The newly published messages increase the transparency surrounding what happened, but they don't fundamentally change the narrative -- it might take a change of heart or a political vote (Republicans have continued to call for a special investigation) to prompt formal legal action.

In this article: anthonyweiner, departmentofstate, email, foia, FreedomOfInformationAct, gear, hillaryclinton, humaabedin, internet, judicialwatch, politics
All products recommended by Engadget are selected by our editorial team, independent of our parent company. Some of our stories include affiliate links. If you buy something through one of these links, we may earn an affiliate commission.