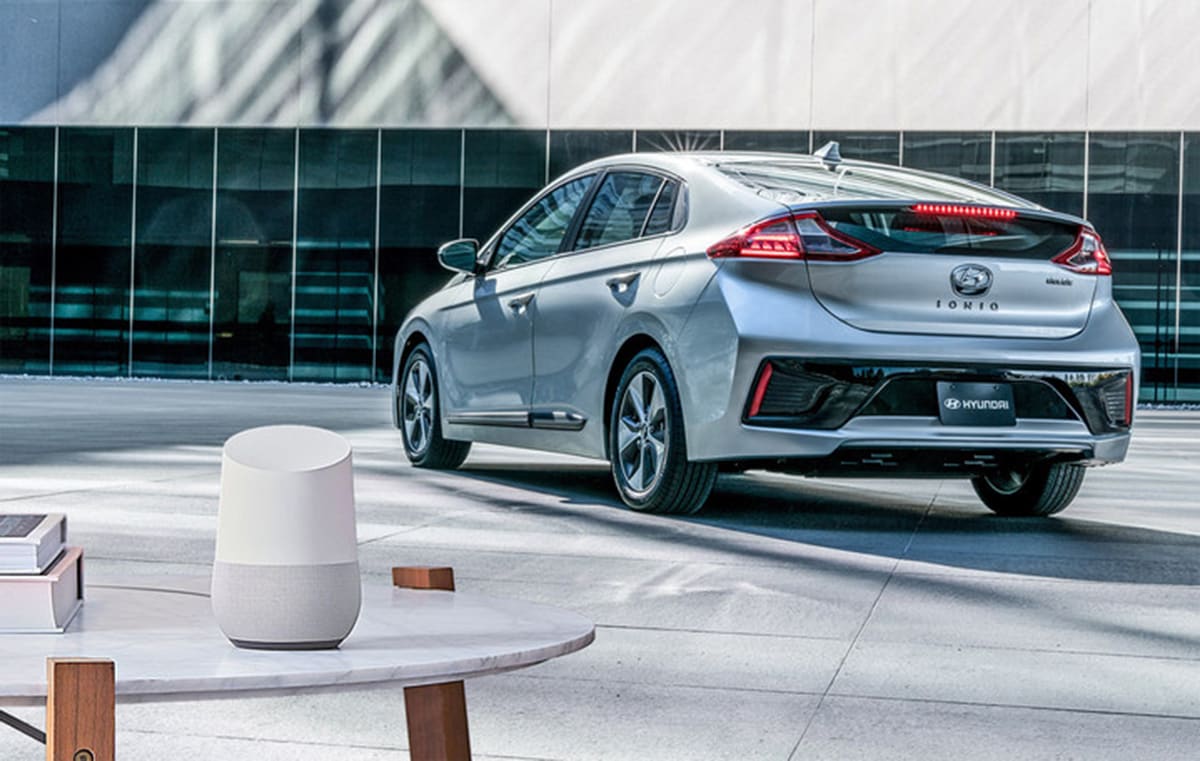 Hyundai is giving you another way to shout orders at its connected Blue Link cars, shortly after revealing an Amazon Alexa partnership. The company is teaming up with Google, letting you give commands to Santa Fe, Sonata or other compatible models via its voice-controlled Assistant. Using a Google Home device, you'll be able to say, "OK Google, start my Santa Fe and set the temperature to 72 degrees" or "Ask Blue Link to lock my car," to give a couple examples.

Voice-controlled devices like Alexa make a certain amount of sense with connected cars, letting you do certain actions a bit quicker than using a smartphone app. Automakers like Ford, BMW and Hyundai all released skills for Echo devices, and Google's Assistant works in a similar way. With Google's search functions and AI assistant working together, you can simply tell it to find a "great steakhouse," and it'll find one and send directions to your vehicle.

It's more of an add-on feature rather than full integration, but we might see more-comprehensive in-car features coming at CES Google. The company recently revealed Android-based infotainment devices with Fiat Chrysler (FCA), and we're expecting a raft of similar announcements during CES. Interestingly, FCA's system uses Android Nougat and not the Android Auto branding, so hopefully Google will further clarify its plans.

Click here to catch up on the latest news from CES 2017.
Source: Hyundai
In this article: BlueLink, CES2017, gear, google, GoogleAssistant, GoogleHome, Hyundai, SanteFe, transportation, video
All products recommended by Engadget are selected by our editorial team, independent of our parent company. Some of our stories include affiliate links. If you buy something through one of these links, we may earn an affiliate commission.